7 divorce tax tips in light of the Bezos' breakup 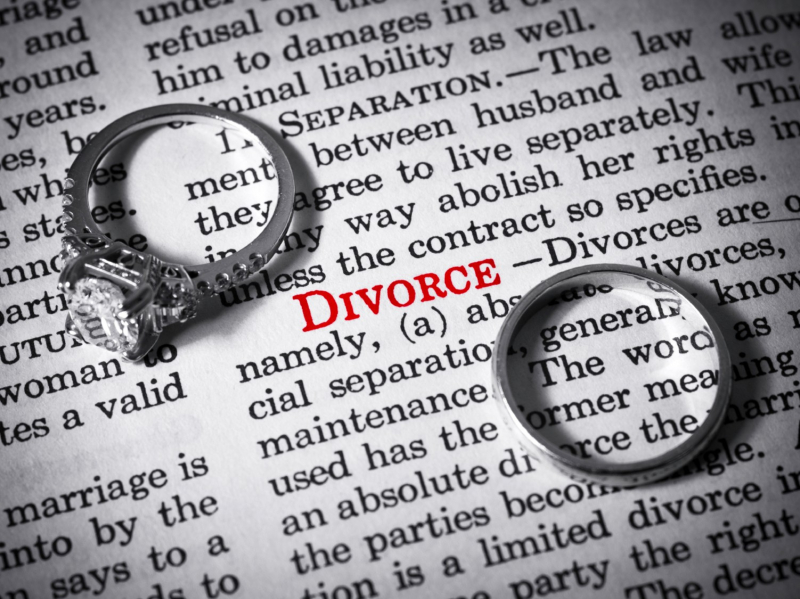 Jeff and MacKenzie Bezos are getting a divorce. I know, it's hard to feel too bad for folks who are so wealthy. They tend to come through difficult circumstances quite well.

But the joint announcement today (on Twitter, of course) from the world's richest man and his soon-to-be ex-wife got me thinking about, of course, taxes.

By making the decision to end their marriage in 2019, Bezos is losing a tax break while Mrs. Bezos is getting one.

As I said, I'm sure neither Mr. or Mrs. Bezos won't suffer too much. Both he and his wife will have lots of smart lawyers taking care of the marital split.

For us regular folks, though, the Tax Cuts and Jobs Act (TCJA) changes to the tax treatment of alimony could make a big difference.

Alimony's new tax treatment: Under the old tax law, the person paying alimony could claim those spousal payments as an above-the-line deduction in the tax year in which they were made.

As for the ex receiving the payments, that former wife or husband had to declare the alimony as income and pay tax on that amount every year it was received.

That's still the case for both partners on 2018 returns filed this year and beyond as long as your divorce or separation agreement was finalized by Dec. 31, 2018. Your tax liability or tax deduction is permanently grandfathered into the alimony tax rules before the TCJA was enacted.

But starting with Jan. 1, 2019, things are dramatically different. And it's good or bad news, depending on whether you're the paying or payment receiving ex.

First the bad news, because I like to get that out of the way. If your divorce or separation agreement is finalized this year or any year through 2025 (that's how long the individual tax provisions of the TCJA are in effect), the alimony payer cannot deduct those amounts.

The good news is, obviously, for the alimony recipient. In these cases, the support amount is no longer taxable income. You don't even have to report it.

Be sure to check your divorce or separation agreement for further details and/or talk with your divorce lawyer.

And note that the Internal Revenue Service relies on the divorce laws of the states, so where you live matters. In Texas, for example, even if you're legally separated, you remain married from a tax perspective until your divorce is final.

Again, talk with the professional who helped you end your marriage, as well as your tax pro.

Other divorce considerations remain: While the alimony tax issue will be a big deal for many divorcing couples, it's not the only thing they have to consider.

And neither is it the only tax matter affected by divorce. Those haven't changed.

Below is a look at a half dozen of those still-in-effect tax-related divorce considerations, with the already-discussed alimony changes added to keep this list of seven divorce tax matters together.

1. Child support — Child support is neither taxable to the parent who gets it on behalf of the children or tax-deductible by the parent paying it. Essentially, its tax treatment is what alimony now has adopted.

2. Filing status — You no longer will a joint return. Now your federal tax filing status will be single or, if you have child or other dependent living with you, as head of household.

3. Child custody — This tends to be one of the stickiest parts of a divorce. The splitting parents must decide whether one parent will have primary custody or whether it will be shared relatively equally. That decision will affect which parent will get to claim the child as a dependent and thus be able to benefit from the child related tax breaks, including the TCJA's new child tax credit.

4. Home sale — When a married couple sells their residence, they get to exclude up to $500,000 in profit from the capital gains tax. But if you get the house in your divorce settlement and then sell it some years later, say after your children finish school, as a single seller, which is what you'll be after you're divorced, your tax-free profit amount will be cut in half.

So think long and hard about what you want to do with the property from a tax and financial standpoint, not just an emotional one. If there's a likelihood that neither spouse wants to keep the house long-term, look into selling it before the split so you can pocket then split the tax-free profit or make compensatory arrangements for the spouse who'll keep it and get the smaller tax break when he or she finally sells.

5. Other assets — The Bezos' split seems amicable, at least at this point. But that's not always the case. In these bitter break-ups, one partner, particularly the one who's been contemplating divorce longer or who has more to lose financially, often tries to hide income and assets before the divorce process begins. In these cases you — and by you, I mean your lawyer and forensic accountant — might need to play detective and use tax returns to uncover hidden divorce assets.

Even when the property to be divided is clear, you need to carefully weigh the tax implications. Take, for example, a couple that has a tax-deferred retirement account and a regular investment account, both worth $100,000 each. Spouse A gets the retirement money; Spouse B keeps the regular account. When A starts taking money from the retirement account, taxes will be due at ordinary tax rates on the earnings that have been accruing tax-deferred for years. B, however, will be able to pay generally lower long-term capital gains tax on that account's withdrawals. So pay close attention to assets' eventual tax costs when deciding who gets what.

6. Name change — This tends to apply to women since they're typically the spouse who changes her name after marriage. If you plan on going back to your maiden name, be sure make it official with the Social Security Administration. That agency shares info with the IRS, which is important because when a taxpayer's name (or that of a spouse or dependents) doesn't match the tax identification number entered on a tax return, the IRS processing machine will kick it out or slow down its processing.

7. Alimony — And here we are, back at where we started. If you were divorced in 2018, the return you file this year and beyond will reflect either taxable alimony if you're receiving it or an income adjustment for the alimony you paid to your ex last year (and beyond). But if you get divorced in 2019, there are no tax implications of alimony. It is no longer deductible by the payer or taxable income for the recipient.

I know that seems like a lot, especially when you're dealing with the major matter of ending your marriage. But do, when the time is appropriate, take a look at the tax implications of your new personal situation.

During divorce process you should pay attention to what you say. Also, you have to understand that in case of divorce all property and debts will be split on half, so if you're going through property division with your spouse - you better find a good lawyer.