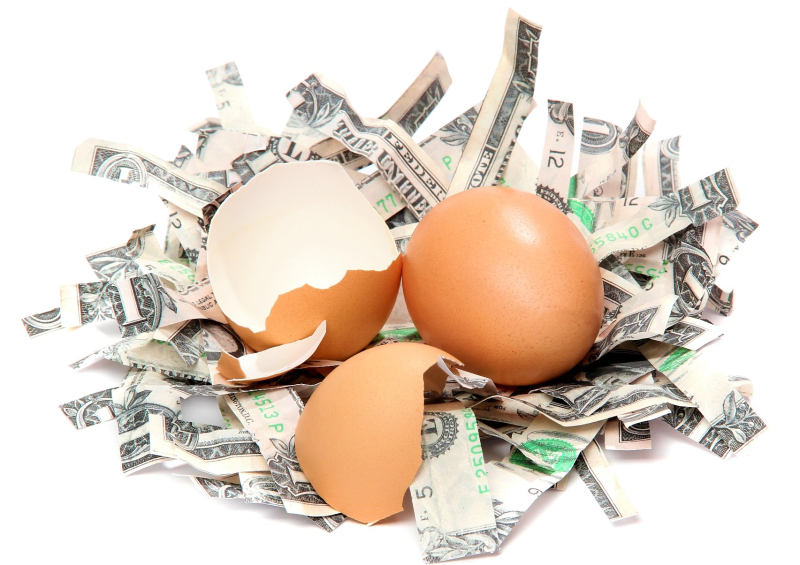 The current, and longest-ever, federal government shutdown has made it painfully clear that many of Uncle Sam's employees don't have an emergency savings cushion.

They are not alone.

A study released last summer found that only about a quarter of all Americans across nearly all ages and generations have no savings whatsoever in an emergency fund. Just more than a quarter of U.S. residents, 29 percent, had saved enough to cover six months' worth of living expenses.

When people do save, they tend to do so for retirement.

It's not necessarily that they're looking ahead to their golden years. Rather, it's because many workplaces offer defined contribution plans, typically 401(k)s, that make it easy for folks to automatically stash a bit of retirement money every pay day.

These plans help reduce workers' taxes by having the money go into the savings plan before taxes are calculated. The contributions, often including an amount also contributed by the boss, then grow tax-deferred until they are withdrawn once the account owner retires.

That is happening now with federal employees who are going to their jobs but getting now pay or who are furloughed.

The federal employee equivalent of a private-company's 401(k) is the Thrift Savings Plan. Around 5.5 million federal workers were participating in this retirement vehicle as of Dec. 31.

Federal Retirement Thrift Investment Board data show a 34 percent jump in the number of hardship withdrawals in the two and a half weeks after Christmas (the shutdown began Dec. 22, 2018) when compared to the same period last year. The data goes through Jan. 14, the first weekday after many federal employees missed their first paychecks of the new year.

I'm not here to debate whether taking out retirement money is a good or bad move. Savings, like taxes, are intensely personal and every person's unique financial and family situations dictates what moves should or shouldn't be made.

But retirement plans, both for federal workers and private sector employees, do allow hardship withdrawals. And they also involve, of course, taxes.

Here are five things you need to know if you're considering taking a hardship withdrawal from your workplace retirement plan.

1. Hardships withdrawals aren't automatic. While these special-circumstance withdrawals are allowed, your employer doesn't have to offer them. So before counting on using your retirement money to cover some unexpected and unexpectedly large expenses, check with your plan administrator.

2. Hardship withdrawals have been expanded. The Bipartisan Budget Act passed in January 2018 included rule changes that make it easier for workers to withdraw a larger amount as a hardship withdrawal. Before the Budget Act changes, you could only withdraw your own salary-deferral contributions, that is, the amounts you had withheld from your paycheck. But under the new rules, which took effect this year, in addition to the money you put into the plan you now also can withdraw your employer's contributions (most match up to at least 3 percent of worker contributions), plus any investment earnings.

3. Not everything qualifies as an allowable hardship. Obviously, you can't simply take out retirement plan money because you want something. Enough people, however, have tried that withdrawal approach so that the IRS felt compelled to specifically state on its website that:

"Consumer purchases (such as a boat or television) are generally not considered an immediate and heavy financial need."

To verify that you meet the hardship withdrawal rules, your employer will ask for certain information and documentation.

4. There are limits on how much can be withdrawn. While the new rules expand the amount that can be taken as a hardship withdrawal from a retirement account, there still are limits.

The IRS says these withdrawals are limited to the amount needed to cover the immediate and heavy financial need.

Plus, you also must show that you cannot reasonably obtain the needed funds from any other source. This means you can't get the cash from such things as insurance or other types of reimbursement, liquidation of your assets or loans.

5. Be aware of the tax costs. If you are younger than age 59½, then any withdrawal from a tax-deferred workplace retirement plan is subject to the applicable ordinary income tax.

The withdrawal for younger account owners also may be subject to a 10 percent early distribution penalty.

Those penalty-free circumstances are covered in an earlier blog post. The IRS also has a retirement plan early distributions table detailing when the penalty does or doesn't apply.

Hard choices for hardship situations: The literal bottom line is that taking money out of your workplace retirement plan will cost you in the long run. Your nest egg will be smaller, meaning you'll have to work longer or revise the type of retirement lifestyle you want.

But if you're facing immediate eviction or foreclosure, a hardship withdrawal from a 401(k) or similar workplace retirement plan could be the best or only way to keep you and your family in your home.