Now-legal betting on football playoff games should pay off for IRS, too 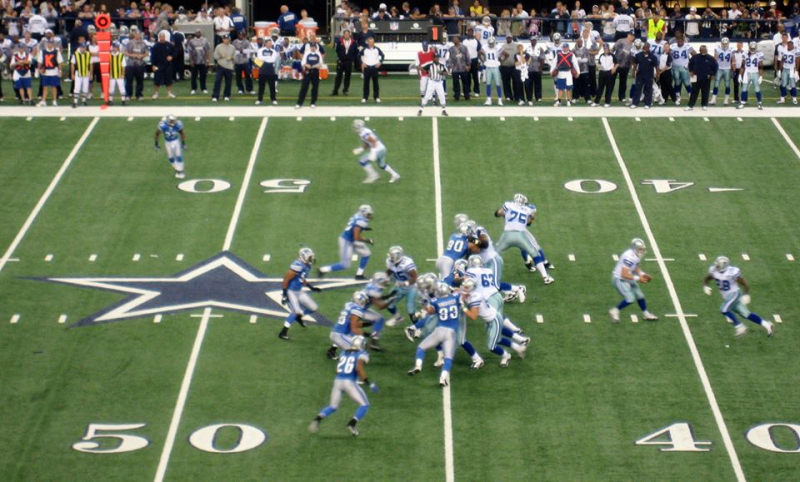 National Football League fans in Texas are pretty happy this final regular season game weekend. Both the Houston Texans and Dallas Cowboys will play the post-season, with the Pokes actually winning their division. Go figure.

I haven't been paying as close attention to the NFL this year, partly because the owners and league have generally acted like jackasses and they keep fiddling with rules that make the game even more frustrating to watch.

So I was jazzed when I saw in the paper this morning a two-page flowchart on how the still-contending teams can make it into the playoff.

But after seeing all the possibilities and permutations, I've decided to stick with my arms-length approach to the games this season. I'm taking the "tell me on Monday morning who plays where in the first round" approach to the playoffs.

Other fans, however, might find the New York Times graphic (which has interactive components in its online form) more appealing, so it earns this weekend's Saturday Shout Out.

Sports, gambling and taxes: How, you're probably asking, is that by any stretch of the imagination a tax-related story?

Because this is the first NFL season (and college bowl games) in which gambling on games is legal.

The Supreme Court of the United States on May 14 essentially legalized nationwide sports betting (at states' discretion) at all sports leagues' levels.

That means the Internal Revenue Service now will have some much-needed help from third-party reporting of winning bets. And that information will help Uncle Sam's tax collector bring in at least some of the revenue that it's been missing on these taxable gambling winnings.

Where you can place game bets: Some states were quick to act after the justices handed down their sports bet decision.

Wagering on sporting events now is legal in eight states.

There is, of course, Nevada, the granddaddy of wagering of all types and where sports wagers are big business. Joining the Silver State in taking sports wagers are New Jersey, where other gambling already was legal and which brought the precedent setting suit to the High Court, as well as Delaware, Mississippi, New Mexico, Pennsylvania, Rhode Island and West Virginia.

Lawmakers in almost two dozen other states are considering legislation to join the sport betting crowd.

This spate of sports betting legislation prompts a second Saturday Shout Out to ESPN for its tracking of state-by-state sports betting activities and legislative actions. The cable sports network's map below provides an overview of such betting across the country. 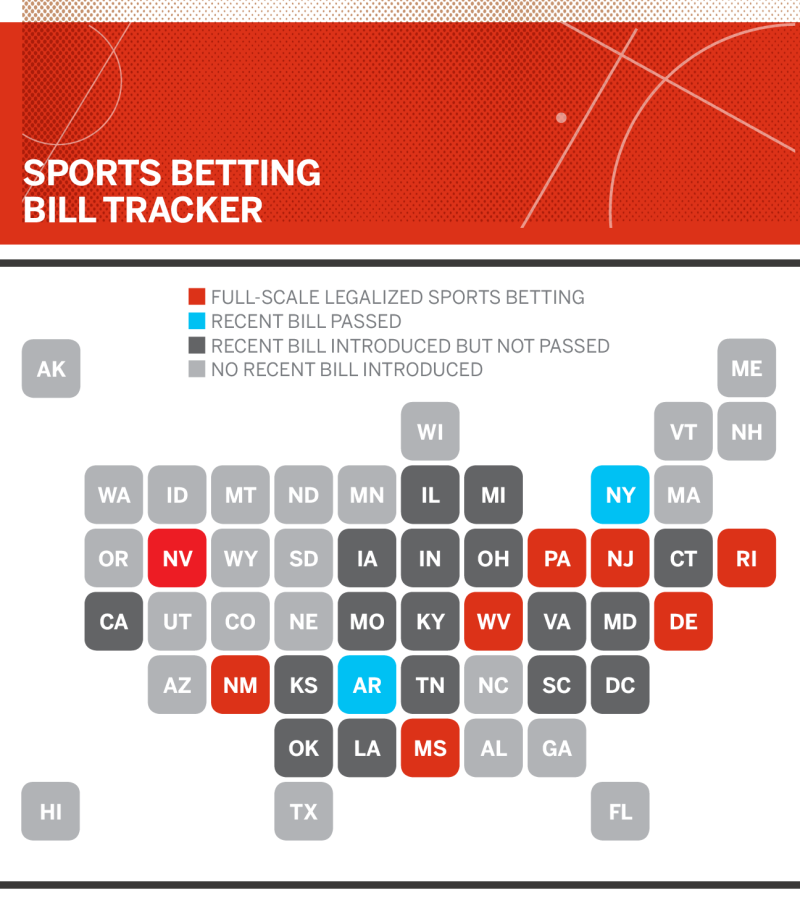 And if you're not near a place where you can place your sports bets personally, the Supreme Court ruling also opened up online sports betting, again at the discretion of states.

Treasury wins when you win: These newly legal bets and payouts, which will increase as we head toward Super Bowl LIII on Sunday, Feb. 3, in Atlanta, also are lucky for the U.S. Treasury.

Now I'm not encouraging betting. It's a fun pastime as long as you know your limits, both emotionally and financially. But please don't go putting your house payment on the line because you know in your gut that your favorite team will be the next NFL champion.

You might want to take a minute and check out the data from the folks who follow events and evaluate teams' chances for a living, like the online OddsShark and Las Vegas sportsbooks, handing over your money.

While I buy the occasional lottery ticket, I'm not into sports betting. My teams in all leagues frustrate me enough without me also worrying about how they're affecting my bottom line!

Regardless of what you bet on, remember, as previously noted, that the IRS gets a piece of your good luck. I've posted frequently on this income reporting and tax paying requirement, most recently after the last Super Bowl where examined how to do so under the new tax reform law. Note, too, that your gambling winnings are taxable and by law must be reported, regardless of whether you placed your bets at a legal gambling establishment or with a shadier bet-taking location or character.

For all y'all dropping a few dollars on your favorite team, the IRS and I wish you good luck — unless you're pulling for the Eagles or Steelers!

That caveat for Philadelphia and Pittsburgh fans is just from me, not the IRS (as far as I know!). Nothing personal, but I need your teams to miss out on the postseason so that things will be, I hope, a bit better for playoff runs by my 'Boys and Baltimore Ravens.

Tumblr, too: Check out my related post on this topic over at Tumbling Taxes. It has a video of what is arguably the best introduction to a movie character ever: Bond, James Bond.