December Congressional delays mean tax extenders could be pushed into 2019

If any of these expired tax breaks apply to you and they're not renewed by year's end, wait a bit to file your 2018 return next year. By delaying your filing until they're retroactively renewed, you'll save yourself additional hassles. 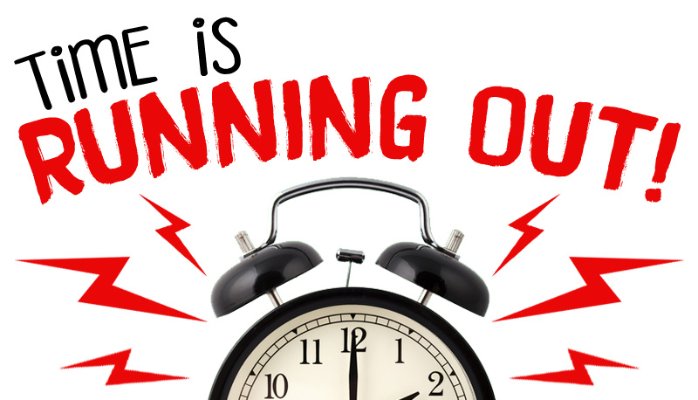 George H.W. Bush, the 41st president of the United States was laid to rest today, marking the end of commemorations of his life and years of public service.

The elder President Bush's death also brought the lame duck session of Congress to an almost complete halt, meaning that many measure lawmakers — particularly Republicans — had hoped to push through in the waning days of the 115th congressional session are now on hold.

The House and Senate did convene briefly to take care of the one crucial piece of legislation, passing a short-term bill to keep all of the federal government operating. Seven agencies — the Departments of Agriculture, Commerce, Interior, Homeland Security, State, Transportation and Housing and Urban Development — are awaiting Congressionally-approved fiscal 2019 spending.

Those departments were set to run out of funds at midnight, Friday, Dec. 7. However, this afternoon, Congress approved a two-week extension, pushing the funding showdown (if Donald J. Trump signs it) to Dec. 21, just days before Christmas.

Full lame duck legislative plate: But today's government spending measure is just a fraction of what many lawmakers, primarily in the GOP, had hoped to take care of before this current Congressional session ends and Democrats take over House control when the 116th session convenes in January 2019.

Among the measures that were on the holiday legislative wish are:

I suspect that House and Senate staffers were still at their desks, doing as much as they can in these areas while their bosses were officially off the clock. Still, the loss of a week meetings, hearings and floor debates by Representatives and Senators likely means that something on this list has to give.

And one of the top prospects for being bumped into 2019 are the tax extenders.

Extenders' consideration likely to extended into 2019: There are 28 total tax extenders that expired at the end of the 2017 tax year.

These tax breaks, which get their name because they are temporary and must be periodically renewed, or extended, by Congress, fall into the individual, business and energy categories and affect millions of taxpayers.

That means you might want to slow your roll when it comes to filing your 2018 tax return if you hope to claim a tax break that, right now, no longer exists. These include, on the personal tax side, the:

If Congress does not pass these and the rest of the extenders by the end of 2018, they will have to do so in 2019 and make the changes retroactive to the prior tax year. That's an incredibly inefficient way to govern, but it's happened many times before and probably will happen again.

No claims until back in the tax code: In these cases, the tax breaks technically are dead, which means you can't claim them until they are resurrected.

They will not be on the 2018 tax returns and associated forms. The Internal Revenue Service does not make document changes until a tax law is official and final.

That means if you file before Congress commits such a legislative Lazarus tax act, you'll miss out on the tax break(s). And, once they are back on the tax books, have to file an amended return to claim them.

Let's hope that the extenders will be approved by the lame duck lawmakers, even if it means stripping the new Tax Reform 2.0 provisions from the bill that House Ways and Means Committee Chairman Rep. Kevin Brady (R-Texas) has introduced.

That would make it easier for the IRS and, more importantly, for us filers.

But just in case that doesn't happen, be patient when filing season 2019 arrives.

With the unwanted wall/government shutdown diversion that's still ongoing, items on Congress' legislative agenda have slipped a bit. Right now one proposal, from the chair of Senate Finance, is to attach extenders to the Homeland Security funding bill. Hmmm...

Do we have any idea when and if Congress will be voting on those extenders that weren’t passed at the end of 2018, example tuition and fees deduction?