No tax privacy for Finns, who each Nov. 1 make public everyone's income information 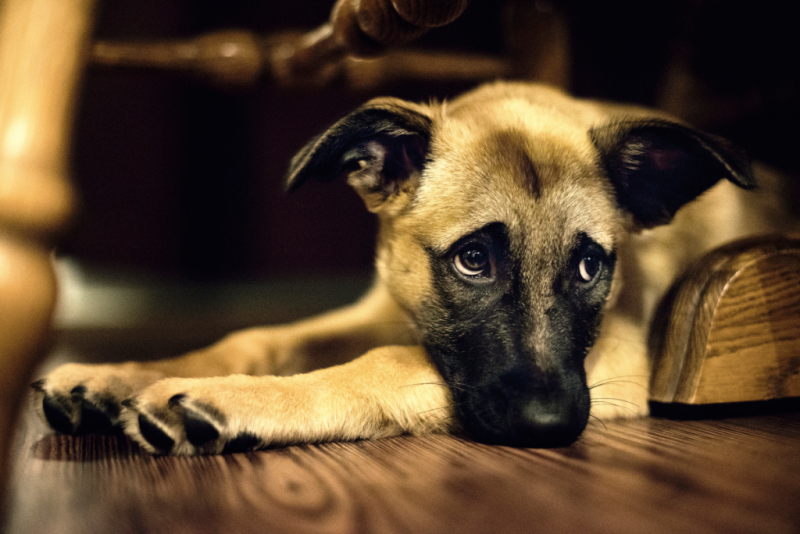 This dog might not feel as guilty as he looks, but shame can be useful in some tax collection situations. (Photo by Ansel Edwards/Flickr)

When I was a kid and did something I wasn't supposed to, all it took was one quick glance from my mom to make me feel so ashamed.

I'm not sure even my mother's steely look would work nowadays on kids who've grown up on reality TV and who make their every move, good or bad, public on social media.

But when it comes to taxes, shame seems to work.

Many U.S. jurisdictions post the names of taxpayers who haven't paid their bills. It seems to work somewhat to get at least some delinquents to pony up overdue bills. It's even been given a try in the United Kingdom.

Finland, however, goes even further. That Nordic nation is amazingly transparent when it comes to its residents' personal data, specifically their taxable income.

Time to contrast and compare earnings: Every Nov. 1, Finnish officials release data on all the country's residents in what has been dubbed National Jealousy Day.

It's an opportunity, for which people (mostly journalists) start lining up pre-dawn outside the Helsinki central office of national tax administration to see who made how much taxable income.

This week's Saturday Shout Out goes to Ellen Barry and her article in The New York Times on this unique national tax transparency.

"The annual Nov. 1 data dump is the starting gun for a countrywide game of who's up and who's down," writes Barry. "Which tousled tech entrepreneur has sold his company? Which Instagram celebrity is, in fact, broke? Which retired executive is weaseling out of his tax liabilities?"

Personal costs vs. tax rewards: Some complain that the tradition is an invasion of privacy, notes Barry. But most say it has helped the country resist the global trend of growing inequality.

There's much debate as to whether knowing who makes more — and how much more — than you is really a good thing, both economically and emotionally.

One thing, though, is clear. Finland's National Jealousy Day can be helpful in making sure taxes are paid.

Take, for example, the news report in 2015 based on that year's income data that revealed executives from several of Finland's largest firms had relocated to Portugal so that they could receive their pensions tax free.

The ensuing public outcry prompted the Finnish Parliament to terminate its tax agreement with Portugal and negotiation of a new one that closed the loophole.

Shame isn't lost on Finns: And what may sting more in Finland is public disapproval of such tax tactics.

"These particular executives have destroyed their reputation," Esa Saarinen, a professor of philosophy at Aalto University in Helsinki, told The New York Times. "I would be surprised if they didn't care. Finland is a small society. There is a sense that as long as you're a Finn, you're always a Finn. They will show up at Christmas at Helsinki airport, they will be recognized, and they will feel it in people's eyes: the disrespect."

That shared national sense of accountability is probably why Saarinen and sever other Finns interviewed for the article remain astonished that Donald J. Trump still refuses to release his tax returns.

That decision is, of course, Trump's right as a taxpayer. One of the key tenets in the Internal Revenue Service's Taxpayer Bill of Rights is taxpayer privacy.

Still, Trump's tax secrecy while other presidential candidates, successful on not in their quest of the White House, baffles the Finnish.

"For Finns, that is unthinkable," Saarinen said. "I don't know if we have a law saying that a person seeking the office of the president of Finland should explain how they made their money. The society just expects that to happen. If it did not happen, the society would punish that candidate."