Welcome to Part 2 of the ol' blog's 2019 series on tax inflation adjustments.
We started on Nov. 15 with a look at next year's income tax brackets and rates.
Today we look at standard and itemized deductions, personal exemptions
and limitations on these tax situations that apply to some taxpayers.
Note: The 2019 figures apply to 2019 returns to be filed in 2020.
For comparison purposes, you'll also find 2018 amounts to be used
in filing 2018 returns due April 15, 2019. 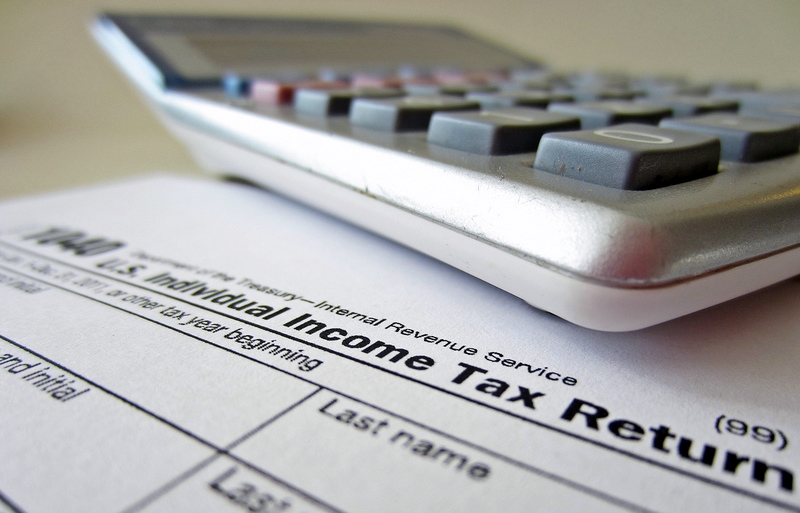 Internal Revenue Service data show that year after year, around 70 percent of filers claim the standard deduction on their tax returns instead of itemizing.

Look for that percentage to increase in 2019 when 2018 returns are submitted.

And beginning with 2018 returns, the standard amounts now are substantially larger. They were almost doubled by the Tax Cuts and Jobs Act (TCJA), aka Republican tax reform that took effect in 2018.

Adding to the standard deduction appeals is the IRS' annual inflation adjustments. The deduction amounts are bumped up a bit more for the 2019 tax year.

Inflation deduction increase: For 2019 returns that are due in 2020, the standard deduction amounts for most taxpayers younger than 65 are:

The table below shows the 2109 standard deduction amounts and, for comparison, the amounts you can claim on your 2018 return you file next year.

Quick note about new tax returns: It looks like there will be just one Form 1040 thanks to the TCJA. The other versions will be around, sort of, in the form of added schedules.

This added standard deduction amount increases to $1,650 if the individual also is unmarried and not a surviving spouse. That's a $50 tick upward from the 2018 amount.

And if you're a tax filer who also can be claimed as a dependent of another taxpayer, in 2019 your standard deduction amount cannot be more than the greater of either $1,100 or $350 plus your earned income. Again, inflation bumps this up a bit from 2018's dependent standard deduction amount of $1,050 or $350 plus your earned income.

Since you don't have to worry about 2019 standard deduction amounts, why even take note so early of these inflation changes? Because knowing the amounts can help in your tax planning.

Itemized deduction issues: Part of your annual tax planning is determining whether you'd be better off claiming the standard deduction or itemizing the expenses you can claim on Schedule A.

While the TCJA changes mean most filers will take the easier standard deduction route, don't assume. You know that old tax saying: Assuming can get your a$$ kicked by the IRS in the form of a higher tax bill. Or something like that.

You always want to use the deduction method that gives you the larger amount to offset your income. You're not locked into any one way. It's a decision you make each tax year. One year, itemizing might be better. The next year, it's wise to take the standard deduction.

So knowing what's available on the standard side gives you a baseline to use in measuring your potential itemized expenses.

Limits on itemized expenses: One good thing about itemized deductions under the TCJA is that there no longer is any limit on your total Schedule A claims based on your income.

This so-called Pease limitation, one of several laws named after their advocates, in this case the late Rep. Don Pease (D-Ohio) who championed the deduction limits on higher-income taxpayers, was repealed for tax years 2018 through 2025.

But there are a couple of bad things about itemized deductions under the new tax law.

You no longer can claim miscellaneous expenses. This is the section that was limited to 2 percent of your adjusted gross income (AGI). That threshold meant that it wasn't a widely claimed itemized expense. But it was popular among employees who paid for some business expenses and weren't reimbursed by their bosses. Under the new tax laws, they no longer have a tax way to recoup these costs.

Also, there's a cap on how much state and local taxes (SALT) you can claim on Schedule A. It's $10,000 for most filers or $5,000 for married taxpayers filing separately. Note that this is per tax return, not taxpayers so a married couple filing jointly has the same limit as a single taxpayer.

If you're a homeowner with a big local real estate tax bill, you're already painfully aware of this change. Some states are trying to work around the limit with charitable tax credit programs since the charitable donations remain unlimited. But this effort is tied up in IRS proposed SALT regulations and a pending court case. To be safe in your tax planning, count on that hard 10 grand cap.

That $10,000 cap also covers deductible state income and sales tax amounts. So if you live in a state with a high income tax, you could be hit here, too.

Medical and dental expenses remain, but for the 2019 tax year they must exceed 10 percent of your AGI. In 2018, that threshold is just 7.5 percent.

As noted in the SALT workaround discussion, the itemized deduction for donations to charity remains under the TCJA and even is enhanced a bit. Now if you can afford to be super generous, you can donate up to 60 percent of your income instead of the prior 50 percent limit.

Finally, claims for casualty losses also are still allowed, but now only in cases of major disasters.

The end of exemptions, sort of: In addition to the major changes to itemized deductions, taxpayers also lost a major way to reduce their income to a lower taxable amount. We no longer, at least not from 2018 through 2025, can claim personal exemptions.

TCJA supporters say the exemption elimination isn't a big deal. It's offset, they argue, by the new larger standard deduction amounts and expansion of the child tax credit. Some filers with larger families disagree, but that's an issue for future tax policy debates on Capitol Hill.

As for exemptions and inflation, this special personal amount still comes into play. This is true in those tax situations where determining eligibility for or how much of a tax break you get depends on the old, now-gone exemption amount.

Since the tax law changes didn't mean to invalidate these cases, the IRS says that to deal with the now zero exemption amount it will use pre-TCJA exemption data. Specifically for tax years 2018 through 2025 (or longer pending possible Tax Reform 2.0), the IRS will continue to calculate annual inflation amount for technically non-existent exemptions which must be used in these other tax cases.

More inflation info on the way: Yes, this second on the 2019 tax inflation adjustments series does contain a lot a numbers. Again, that's why I'm breaking it up into separate series posts. Even my eyes, those of a dedicated tax geek, glaze over after a certain point.

But I do hope that these tables and explanations of how both the 2018 and 2019 tax years and we filers are affected by inflation help when you file your 2018 return next year and also make moves to lower your 2019 tax bill.

As noted in the intro to this post, you can read the first part of the 2019 tax inflation series with details on next year's tax rates and income brackets.

You'll also find at the end of that post an index of what's coming up, along with links to inflation pieces already published.

My wife ia currently in a Memory Care facility where I am paying $5395 per month for her. Is this eligibility to use in itemized medical and dental and if so all of or partial?

What is deemed exemption and who is allowed to receive it?