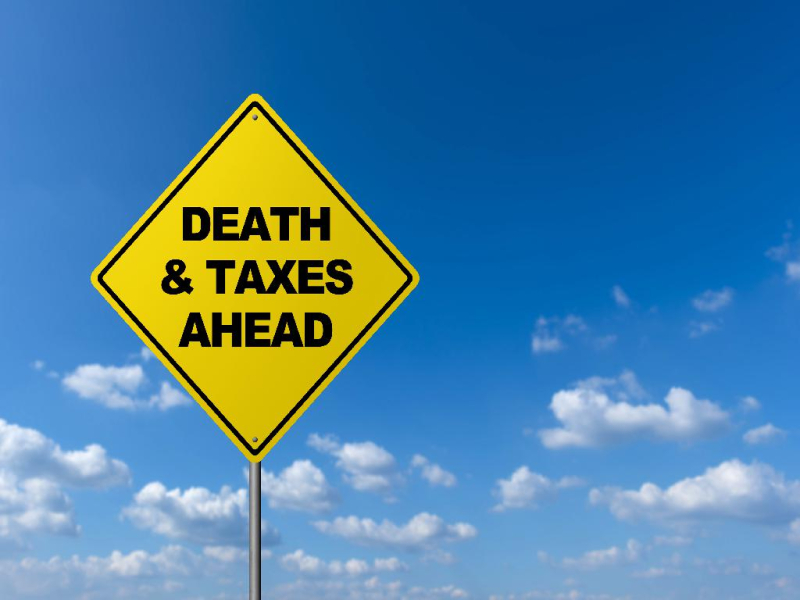 In just more than a month we'll welcome 2019 and begin the first tax filing season under the Tax Cuts and Jobs Act (TCJA). Are you worried yet?

Not to be too pessimistic, but tax law changes always produce some unintended consequences. Some are caught beforehand, usually by the tax community that raises questions and pushes for law changes or at least Internal Revenue Service regulatory clarifications.

That process is still on going for many TCJA provisions, but one group of taxpayers now is breathing a bit easier.

The Treasury Department and the IRS have issued proposed regulations that will allow individuals planning to make large estate-related gifts between 2018 and 2025 to do without worrying that they'll lose the tax benefit of the higher exclusion level if, as scheduled, it decreases after 2025.

Increased amounts, timing troubles: Under the TCJA, the federal estate tax exemption was doubled from $5.5 million to $11 million, adjusted annually for inflation, per individual.

The exclusion granted to gifts made before a person's death also was increased by that same amount. Such gifts made from an estate before the owner dies help reduce the taxable amount that remains in the end.

The new higher estate and gift exclusion amounts are set to expire at the end of 2025.

That impending deadline raised concerns among those with potentially taxable estates about what would happen if they used the full $11 million (or more based on applicable inflation) gift tax exemption under the TCJA, but the amount had reverted to a lesser limit by the time the generous gift-giver passed away.

Why estate tax advisers were concerned: Given those two dramatically different dollar amounts, potentially affected taxpayers want to know which number would apply in offsetting gift taxes: the amount allowed at the time of the gift or the amount in effect when the giver died?

This example of potential problems with short-term tax laws in general and the estate tax in particular is not new.

James G. Blase, principal of the St. Louis-based tax, estate and business succession planning firm Blase & Associates, as well as an adjunct professor in the Villanova University School of Law graduate tax program, wrote earlier this year in a piece for WealthManagement.com: .

As recently as a little over five years ago, estate planners were facing the issue of how the Internal Revenue Service would handle the situation if, say, their client made a gift of $5 million under the available gift tax exemption at the time, but the amount exempt from estate tax reverted to some lesser number prior to the client’s death. Simply put, the issue was whether the Internal Revenue Code Section 2001(b)(1) offset for gift taxes payable would use the estate and gift tax exemption amount applicable at the time of the gift or at the time of the client’s death. If the former was used, the client effectively hadn’t taken full advantage of the larger lifetime gift tax exemption.

Now we're dealing with the same issue again in 2018.

"What this all means," writes Blase in a follow-up article, "is that if sunset does in fact occur in 2026, there could be a huge advantage to making lifetime gifts in excess of $5.5 million before this date (or potentially even an earlier date if the gift tax exemption amount were to change again before 2026)…. Even in a worst-case scenario, all post-gift appreciation attributable to the excess gift amount would still be removed from the decedent's estate. There may be an additional tax benefit to the large gift for individuals residing in states that impose an estate or inheritance tax, but which don’t effectively impose a tax on lifetime transfers."

IRS favors larger amount: Basically, wealthy taxpayers and their tax pros were worried that the end of the higher estate exclusion amount and reversion to prior levels could retroactively deny those who die after 2025 the full benefit of the current-but-temporarily higher exclusion amount applied to previous gifts.

The proposed regs say an estate can figure its estate tax credit using the higher of the basic exclusion amount for gifts made during a person's lifetime or the exclusion that was in effect on the date of death.

The regulation's bottom line, and it's a big one for the wealthy to whom this applies, is that making large gifts now won't harm estates after the current estate tax provisions expire.

IRS accepting regulation comments: Before these proposed estate and gift tax regulations are finalized, the IRS is accepting comments on its proposal in advance of a public hearing on March 13, 2019.

So that your comments can be considered, get them to the IRS by Feb. 21, 2019, using one of the following delivery methods.

Send written comments via the U.S. Postal Service to —

Hand deliver comments, Monday through Friday between 8 a.m. and 5 p.m., by messenger or private delivery service to —

Electronic comments can be submitted via the Federal eRulemaking portal. In the search box on that page, enter IRS REG-106706-18 to be directed to the page where you can leave your thoughts.