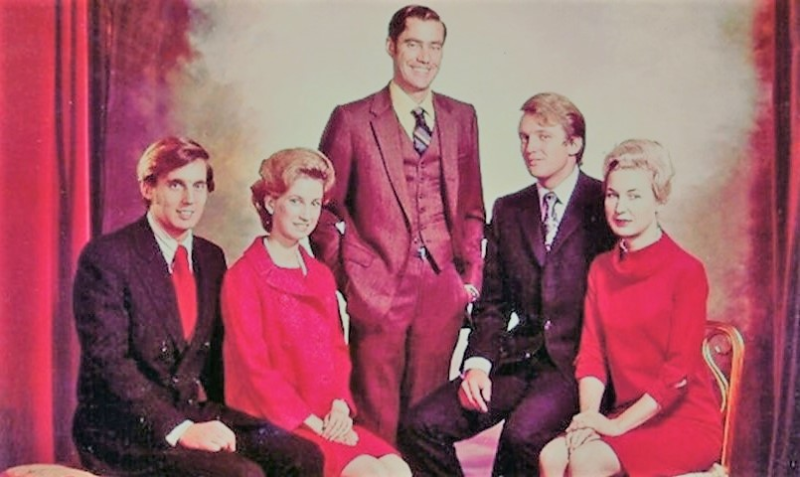 Talk about an awkward Thanksgiving. It seems that Donald J. Trump's oldest sister is how The New York Times got the inside info on the Trump family fortune and taxes.

An investigation by the newspaper revealed that Trump isn't quite the self-made billionaire he's always claimed. Instead, according to the NYTimes report, Trump received from his father's real estate empire an amount that today would be worth least $413 million.

Tax ties to wealth: Even more intriguing are the reporters' findings that much of the money bequeathed to Trump was accumulated through dubious tax schemes in which the current president participated during the 1990s. Sometimes those tax machinations included, according to the Times, instances of outright fraud.

The report from the Big Apple's newspaper of record — Trump Engaged in Suspect Tax Schemes as He Reaped Riches From His Father — and ancillary stories, like the Cliff Notes piece highlighting the 11 takeaways from the investigation into Trump's wealth, get side shout outs this weekend.

But today's main Saturday Shout Out goes to the Times Insider piece on how a trio of intrepid journalists uncovered the original source of the 45's wealth.

Sure, it took the three reporters — David Barstow, Susanne Craig and Russ Buettner — more than a year to dig through 100,000-plus pages of documents and chase down key sources familiar with Fred Trump, Donald's dad, and his empire.

Thanks, sis: But the big break came from Googling something. Specifically, in April 2017 Craig used the online search engine to find more on the arcane term "mortgage receivable," which the Trumps used to describe the mortgages from the children to Fred.

That led Craig to a disclosure form that the president's sister Maryanne Trump Barry had filed in connection with the Senate hearing to confirm her appointment as judge to the United States Court of Appeals for the Third Circuit.

I'll let you read the tax trail details in the Times Insider piece, but basically the reporters found, thanks to that bit of info from 45's sister, that the Trump siblings received millions in untaxed gifts from their father, skirting a then 55 percent tax on gifts over a certain value that would have cut the total significantly.

Like I said, any extended Trump Turkey Day gathering this year could be extremely uncomfortable.