October's here! In addition to making some general fourth quarter tax moves, this month is when many employees get to reassess and choose coming-year workplace benefits, many of which also offer tax advantages. And tax-free help paying off student debt could soon be part of those packages. 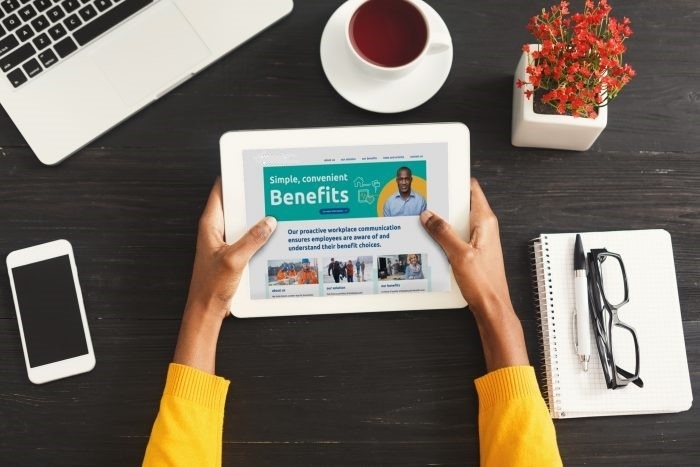 Millennials have overtaken Baby Boomers as the largest generation in the U.S. labor force. That's why today's employers are trying to figure out exactly what these younger workers want.

It looks like the Internal Revenue Service soon could help companies provide their workers that college debt assistance.

One company gets official OK: In August, the IRS issued a private letter ruling that allowed a company to tie its benefit plan's 401(k) contributions to student loan repayments.

Some companies have provided their workers a direct student loan benefit. But that workplace assistance in reducing college debt has been considered by the IRS as taxable income to the employees.

This letter ruling, however, allows the requesting (and redacted in the document) company to put equivalent pretax funds tied to employees' student loan payments into those worker's 401(k) accounts.

Under the letter ruling specifics, the employer would make a 401(k) contribution on a worker's behalf if the worker was making a student loan payment of at least 2 percent of the worker's salary for a given pay period. The company contribution would be made regardless of an employee's contribution to a 401(k).

This essentially sanctions company reimbursement via pretax money in a retirement plan of the amounts that an employee paid on his/her own toward college debt.

More 401(k)/student loan plans on the way? Some companies have already set up similar student loan arrangements even before the IRS announced its position on this particular case, according to Employee Benefit News (EBN).

At least one employer organization is urging the IRS to broaden the letter ruling's 401(k)/student loan repayment option to all qualified plans.

Explicit tax agency action is needed since letter rulings are specific to the requesting entity and the IRS always notes in its decisions that they are "directed only to the taxpayer requesting it." Still letter rulings give others in similar situations and the tax world in general an idea of the IRS' thinking on the tax topic.

That's why the ERISA Industry Committee (ERIC) wrote the IRS soon after the tax agency's private letter ruling was made public.

ERIC, which lobbies on behalf of large employers on health, retirement and compensation matters, wants the IRS to issue a revenue ruling that would broaden the reach of the letter ruling to all sponsors of 401(k) plans that want to make similar student loan repayment contributions.

In the letter, Will Hansen, ERIC's senior vice president for retirement polity, told the IRS:

"Many employers recognize the burden that student loan debt can have on their workers' ability to save for retirement and would like to help these workers. However, while we believe that current law allows employers to make contributions to their retirement plans on behalf of workers who repay student loan debt, the IRS has yet to clearly articulate that such contributions will not affect the tax-qualified status of an employer’s retirement plan. The recently issued PLR [private letter ruling] is a significant step in this direction, but we believe that more employers would be encouraged to implement programs similar to the one described in the PLR if the IRS would issue a revenue ruling or other guidance of general applicability on this issue."

Student loan and other workplace perks: Even before the letter ruling, EBN notes that the number of companies adding student loan perks to their benefits package was growing.

Still, only 4 percent of employers currently offer their employees some form of assistance or incentive to repay student loans, according to the Society for Human Resource Management.

That could change if the IRS follows ERIC's urging. If it does, it would add yet another tax-favored worker benefit to the mix.

In addition to 401(k) plans, which show up in benefits packages as either a traditional tax-deferred defined contribution plan or tax-free Roth 401(k) account, many employees benefit tax-wise from such employer-provided fringe benefits as:

Regardless of what benefits your company offers, shop carefully during your annual open enrollment season that, for many, starts this month. My earlier post suggesting 5 things to consider in choosing workplace benefits can help.

More October tax moves: Workplace benefits decisions are just some of the tax-related moves you should make this month.

Other tax actions to consider during the month that effectively ushers in fall include filing your 2017 return if you got an extension, preparing for the seemingly never-ending hurricane season and, once you're finished with last year's taxes, brush up on how the new tax law will affect your 2018 taxes.

You can find more about these and other October Tax Moves under the bright red heading of the same name in the ol' blog's right column. Check them out once you've taken care of open season benefits enrollment.