States that are tax lucky for lottery winners 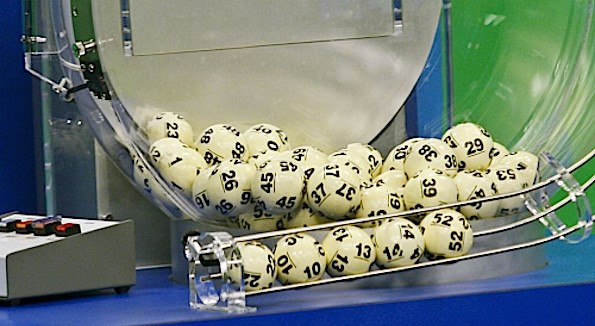 The only thing better than winning the humongous Powerball jackpot, now at $620 million and growing, or the ginormous, largest ever Mega Millions prize of $1.6 billion $1.6 billion — yes -illion with a B — is owing as little tax as possible.

When someone finally hits the two national lotteries' winning numbers, the winner most likely will take the big winnings in a lump sum rather than in equal payments over 30 years.

That's $354.3 million in cash all at once for one Powerball winner. A single Mega Millions winner will net $904 million in quick cash.

The U.S. Treasury is a big winner, too. Lottery winnings are subject to a 25 percent federal withholding tax. For Powerball that comes to almost 88.6 million. The Internal Revenue Service's cut right off the top of the Mega Millions almost a billion comes to $226 million.

Lottery luckier in some no-tax states: Then there are the state taxes. And here's where some folks will be luckier than others.

Seven states have no individual income tax at all. They are Alaska, Florida, Nevada, South Dakota, Texas, Washington and Wyoming.

New Hampshire and Tennessee don't have income taxes, but do tax certain investment income, so if a Powerball and/or Mega Millions winner is from the Granite or Volunteer States and invests some or all the lottery winnings, that income will be taxable.

But that tax will apply to Tennessee taxpayers for just a few more years. The state's so-called Hall Tax is being phased out and will be gone by 2021.

And while the residents of Alaska and Nevada are lucky in that their states don't have any income taxes, that good fortune doesn't automatically apply to Powerball or Mega Millions.

The Last Frontier and the Silver State are among six states that don't have any lottery, so residents there will have to travel to the nearest jurisdiction that sells Powerball or Mega Millions tickets if they want a chance to win.

FYI, the other states without lotteries are Alabama, Hawaii, Mississippi and Utah. But I digress from lottery taxes.

But just like in New Hampshire, Tennessee (for now) and other states with income taxes, when a Californian puts his or her bazillions of lottery dollars to work making money as investments — because what else are you going to do with that much money since you can only buy so many Lamborghinis, right? — the state will get its cut of those earnings.

This look at state taxes and lotteries brings us to one more number in addition to the astounding amounts to be won in Powerball and Mega Millions: 10.

That's how many states where winning a lottery, either a regular one or the two huge jackpots still waiting for someone to get lucky, can be less taxing.

And those 10 states are this week's By the Numbers figure.

Of course, if do win one or both lotteries (hey, it never hurts to hope!) or at least a part of either or both (still hoping!), the Powerball and Mega Millions jackpots are big enough to absorb the taxes.

Plus, you'll have a tax and financial adviser at your side to help you manage your new wealth and pay as little tax as possible. Right? Right, if you follow these 5 tax tips for lottery winners.

One important fact of tax law is overlooked when lotteries say the I.R.S. requires withholding of federal tax on prizes. That law that provides the taxing authority jurisdiction is never provided and that is because it does not exist. But, 4 U.S.C. 72 provides some important information for all public offices at the seat of the United States and should be noted to everyone that has presumed that the I.R.S. has jurisdiction in Union state lotteries. Lotteries commit fraud against prize winners without proof of jurisdiction to tax by the I.R.S.