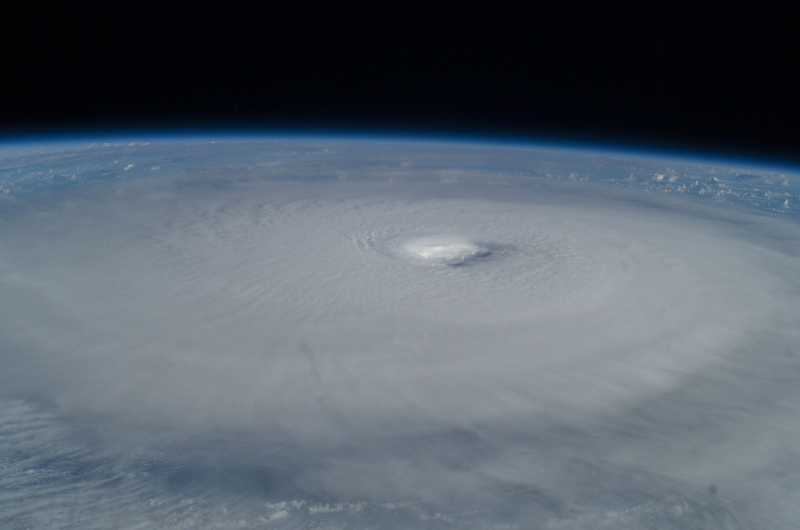 The Internal Revenue Service says more than 14 million taxpayers requested added time to complete their 2017 tax returns. While not all of them put off that tax task until the very last minute, it's a safe bet that a lot did.

If' you're among that group of uber-procrastinators, I wish you well in getting the job done by tomorrow. The tax and filing tips in yesterday's post, can help you meet the Oct. 15 due date.

Some folks, however, get even more time. But it's not for a reason any of us would want to use.

Taxpayers, both individual filers and those who pay Uncle Sam in connection with their businesses, who are in certain Florida and North and South Carolina counties get even more filing time because they took hits from Hurricanes Michael and Florence.

Heading clear across the country, some Californians who felt the fury of wildfires also have more extension filing time.

Jan. 31, 2019, is Florence's new extended return deadline: Those tax deadlines that were extended even further include Monday's Oct. 15 individual return extension due date.

Virginians who reside or have a business in Henry, King and Queen, Lancaster, Nelson, Patrick, Pittsylvania and Russell counties and the independent cities of Newport News, Richmond and Williamsburg also qualify for tax relief.

You can find more on the IRS' Hurricane Florence tax relief options in this post.

Feb. 28, 2019, is Michael's new extended return deadline: The IRS is giving similar added filing time to folks in Florida who are recovering from the wrath of Hurricane Michael.

You can find more on the IRS' Hurricane Michael tax relief options in this post.

California wildfire extra time, too: Residents of another region that was victim of an angry Mother Nature also don't have to file by Oct. 15.

They are folks in the California wildfire path. Your deadline is Nov. 30.

Disaster tax claims, too: Folks in the designated North Carolina, South Carolina and Florida counties also are eligible to claim any uninsured property losses from the storms on their tax returns because Florence and Michael were presidentially declared major disasters.

These taxpayers qualify for the itemized tax deduction claim on the 2018 tax returns they file next year.

Or they can amend their 2017 tax returns — or, if they got extensions to file, claim the damages on the returns they eventual will file — if that means they'll get more tax money back on the 2017 filing than they would on their 2018 return.

I know many of these folks, especially those in Michael's path, are still struggling and taxes and not top of mind for them. But it's definitely something to consider when things are more under control.

It could provide some much need tax money via a federal refund for the folks affected by these three disasters, which also happen to represent this week's By the Numbers figure.

Ted,
Right now no North Carolina counties or cities are included in the additional Hurricane Michael tax relief areas. If/when they are, you will be able to find them on this IRS page -- https://www.irs.gov/newsroom/help-for-victims-of-hurricane-michael. If, however, you believe you should get additional relief, the IRS is considering cases outside the official major disaster areas case-by-case. You can call the agency toll-free at (866) 562-5227 to make your case.
Kay

Residents who live in Forsyth County, NC were affected by Hurricane Michael. Strong winds and heavy rains caused power outages and flooding. Home owners and others were without power and some properties flooded.

Many homes in Kernersville, NC were among those who experienced power outages.

Is the IRS policy as it relates to Hurricane Michael to extend the tax returns filing date due October 15 for those who live in Forsyth County, NC?