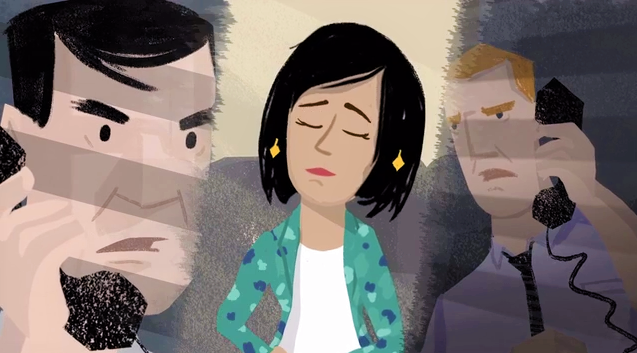 If you're getting calls from debt collectors, knowing your rights can help you avoid the bad ones who will say anything to get you to pay. Click image above to watch a video from the Federal Trade Commission on how to handle abusive collection calls.

Full disclosure up front. I am not a fan of private bill collectors going after unpaid federal tax amounts.

Granted, any violations of protections for taxpayers are not good.

But 16 is a relatively small number of violations considering the four private debt collection agencies — CBE Group of Cedar Falls, Iowa; Conserve of Fairport, New York; Performant Recovery of Livermore, California; and Pioneer Credit Recovery of Horseheads, New York — were assigned a total of around 128,000 overdue tax accounts in 2017.

Those 16 violations are this week's By the Numbers figure.

Similar treatment practices — and restrictions against abuse — were extended to federal employees as part of the IRS Restructuring and Reform Act of 1998.

Technically, the IRS rules on how it must deal with its clients, i.e., taxpayers, are detailed in the Fair Tax Collection Practices (FTCP) provisions, which are analogous to those in the FDCPA.

IRS employees who violate any FTCP provision are subject to disciplinary actions. In addition, taxpayers can file civil damage claims against Uncle Sam for violations of the FTCP.

Shared collection rules: When the 2015 transportation act became law in December of that year, it included a mandate that the IRS use PCAs for certain unpaid tax accounts.

As part of that mandate, any IRS-PCA contract must require any private collector to follow the same taxpayer treatment standards during the collection process that apply to IRS agents.

These include no contact of taxpayers at inconvenient times and places (say, during the dinner hour or at the owing taxpayer's workplace) or connecting, with certain exceptions, those taxpayers who have professional tax representation.

If a PCA does violate the rules on how to deal with taxpayers, the law shifts the blame — and potential damage claim filings — from the federal government to the private collector only.

One was in connection with direct taxpayer contact without the consent of the taxpayer's power of attorney. The other was based on allegedly harassing or abusing a taxpayer by filing a notice of federal tax lien without notifying the taxpayer.

In another case identified by TIGTA, IRS management incorrectly processed a violation, but that case was corrected to indicate an unsubstantiated allegation.

Self-policing PCAs: Another area of concern is just who is in charge of enforcing the rules when it comes to safeguarding taxpayers against aggressive private collectors.

TIGTA said it also found six potential FTCP violations and eight potential FDCPA violations by employees of private debt collection agencies, only two of which were reported to the IRS.

All of the PCAs that currently work on IRS cases have their own quality review processes which can potentially identify problematic interactions with taxpayers, notes the TIGTA report.

Monitoring differences pose problems: The two PCAs that use these analytical tools should be commended for working towards continuously improving their customer service and their protection of taxpayers, says TIGTA.

But the inconsistent monitoring among the four PCAs means that only two of the 14 potential violations were reported to the IRS, says TIGTA. And those potential violations, according to the report, were not specifically identified as involving the FDCPA or FTCP.

The IRS took no action on those cases, relying instead on the PCAs to take appropriate disciplinary steps against their employees.

TIGTA also noted that, separate from its examination of PCA practices, its investigators identified five collection employee misconduct cases that were not closed in a timely manner.

Next protection steps: TIGTA recommended that the IRS labor relations function be required to review and ensure that proper procedures are followed for recommending administrative actions against employees for all closed FTCP cases.

Also, the IRS should ensure that debt collection agencies send reports of corrective actions to the IRS, that the reports be reviewed to identify potential federal debt collection violations.

The good news for taxpayers whose accounts might end up in the hands of a private collector is that the IRS agreed with all of TIGTA's recommendations and the agency is planning corrective actions.

What Debt Collection Practices Act(DCPA) favorable and unfavorable for both dept taker and debt provider? how well it is worthy for dept payer? I am Prashant from Pratham Legal who seek to know the merits and demerits of DCPA?