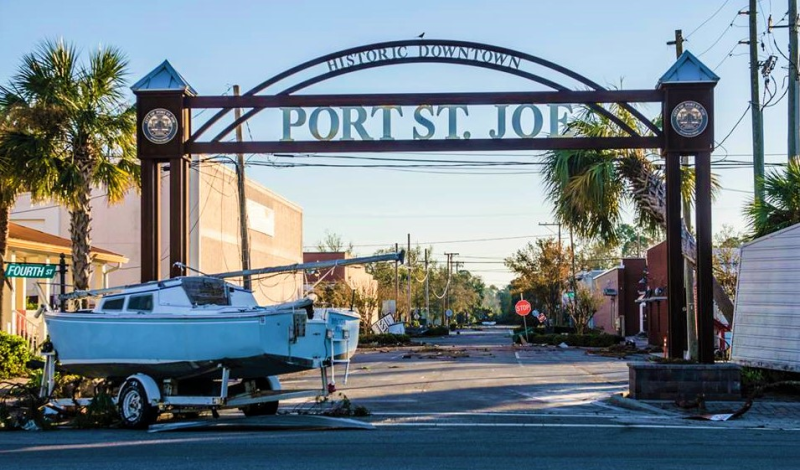 The eligible taxpayers now have until Feb. 28, 2019, to file returns, pay taxes and perform certain other time-sensitive acts that had original or extended deadlines between Oct. 7 and the new filing due date next year.

"The IRS has moved swiftly to announce this relief for taxpayers affected by Hurricane Michael in advance of the Oct. 15 extension filing deadline," said IRS Commissioner Chuck Rettig. "We recognize the devastation this historic storm caused for many taxpayers, and IRS employees stand ready to support the disaster recovery effort as they have done many times in the past."

Note, however, that while you now have 4½ more months to get your Form 1040 in to the IRS, if you find you owe more than you paid when you got that extension, penalties and interest on the unpaid tax will continue to accrue.

The IRS cannot waive the payment penalties because that tax amount was due on April 18, meaning the tax payment didn't fall within the Oct. 7 to Feb. 28 Hurricane Michael relief time frame.

Other covered tax deadlines: The tax relief postponements for Michael do include various other tax filing and payment deadlines that occurred starting on Oct. 7.

The extra time also applies to tax-exempt organizations, operating on a calendar-year basis, that had a valid extension due to run out on Nov. 15, 2018.

Businesses with extensions also have the additional time including, among others, calendar-year corporations whose 2017 extensions run out this Monday, Oct. 15.

In addition, penalties on payroll and excise tax deposits due on or after Oct. 7 and before Oct. 22 will be abated as long as the deposits are made by Oct. 22.

Affected counties, now and future: While Hurricane Michael cut a devastating swath through half a dozen states, right now the tax relief applies only to folks in parts of the Sunshine State.

The IRS points out that although today's announcement applies to only those five Florida counties, taxpayers in localities that are later added later to the major disaster area, including those in other states, will automatically receive the same filing and payment relief.

If you live in a place that was hit by Michael but not yet on the IRS relief list, periodically check the tax agency's disaster relief Web page for the latest updates. I will, too, and add them to this post.

Storm loss claims available: Remember, too, that you should look at possibly claiming any Hurricane Michael casualty losses that aren't covered by insurance.

Under the Tax Cuts and Jobs Act, the costs attributable to the storm's damage qualify for the itemized deduction because it was a declared major disaster.

You'll need to compare what you expect the disaster claims will get you on a 2018 return to what you got tax-wise on your 2017 return. For example, you claimed the standard deduction on your 2017 return, but with the damages from 2018's major storm, you could amend and get a larger deduction by itemizing. That should reduce that prior year's tax bill and possibly get you a refund, or a larger one, for the 2017 tax year. But if claiming the disaster losses on your 2018 return is better dollar-wise -- and it might not be based on the new and almost doubled standard deduction amounts -- then claim then for the 2018 year. It's a bit of work to figure out which tax year to claim the losses, but if it gets you more tax money or lowers a bill you paid or will pay, it's generally worth it.

Hello! A quick question I hope you can shed some light on please.

Is there any advantage to filing damage from Hurricane Michael on 2017 tax return in comparison to 2018 return?

And I do live in a Federal Declared Disaster county on FL.