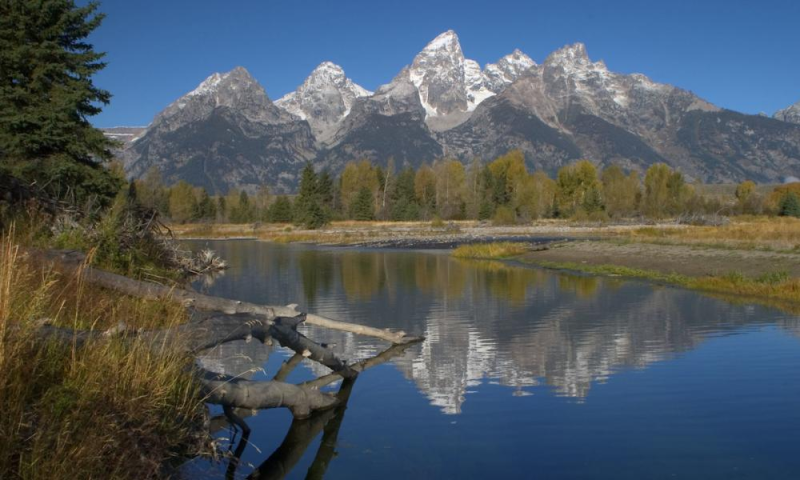 Most folks agree that Wyoming is one of the most naturally beautiful states in the country. But tax experts have different opinions on its taxes and who they help and hurt. (Grand Teton National Park photo courtesy Wyoming Office of Tourism)

One of the great things about taxes is that the policies that create them, the tax laws themselves and who and how they affect millions of taxpayers can be parsed so many ways.

Meanwhile, the Institute on Taxation and Economic Policy (ITEP) has released its annual look at state taxes with an eye on, as the title says, Who Pays? A Distributional Analysis of the Tax System in All 50 States. This nonprofit tax think tank, also based in the national capital, found that in low-income Wyoming residents pay a higher tax rate than the state's wealthy.

Folks who follow taxes aren't particularly surprised that the Cowboy State's tax system could be great for companies but not no good for it's less-well-off residents.

That's because taxes, at all levels, involve trade-offs.

Federal tax bill trade-offs: That's the case with the most recent federal tax law changes. In order to cut the corporate tax rate to 21 percent, Congress had to limit individual tax breaks.

With the Tax Cuts and Jobs Act (TCJA), the lawmakers opted to make the individual tax changes temporary so that the combined costs to the federal treasury, in their calculations, would be more-or-less acceptable.

The House in September passed three so-called Tax Reform 2.0 bills that would enhance and make permanent some individual tax breaks started in TCJA. However, many see that action as purely political in advance of the 2018 midterm elections since Representatives always knew that their Senate counterparts wouldn't get to the tax measure before Nov. 6.

Plus, there's a Plan B tax tradeoff. Republicans in both the House and Senate now are talking about making changes to (read cutting) Social Security and Medicare benefits, commonly referred to as entitlements, in order to offset the $779 billion fiscal year 2018 federal deficit. That's a $113 billion increase over 2017 and the highest deficit since 2012.

Such trade-offs of revenue for tax cuts and who gets those breaks are made at all governmental levels. When it comes to state taxes, that's how we end up with the disparate findings by the Tax Foundation and ITEP.

These states, according to the more liberal ITEP, ask far more of their lower- and middle-income residents than of their wealthiest taxpayers.

Seven of the 10 most regressive states do not levy a broad-based personal income tax and in the three states that do, they are structured in a way that makes them much less progressive than average. Six of ITEP's Terrible 10 also rely heavily on regressive sales and excise taxes to fund state and local government.

Overall, ITEP's latest study finds that most state and local revenue systems tax low- and middle-income households at higher rates than the wealthy.

A common thread among many of the top 10, according to the more conservative Tax Foundation, is the absence of a major tax.

New Jersey is on that list and has, for example, some of the highest property tax burdens in the country. In addition to that tax, the Tax Foundation notes that the Garden State also recently implemented the second highest-rate corporate income tax in the country. New Jersey also levies an inheritance tax and, according to Tax Foundation analysts, maintains some of the nation's worst-structured individual income taxes.

Mapping the differences: Both the Tax Foundation and ITEP have interactive maps on their sites so that you can check the specifics of your state's tax policies and see how it compares nationwide in each study.

Check out ITEP's map to see where your state stands as far as tax equity.

And remember that all of us can help determine which tax policies should or shouldn't be implemented at local, state and federal levels. We do that by first voting for candidates at all political levels who will support and implement the taxes we do want and fight those we're against.

It seems that the study on income and tax payment inequality is focused on the wrong measure. Most of the sates sited as having tax inequality don't have an income tax and the others have a flat or less progressive income tax rate. Rather than focusing on percentages, the think tank should focus on the burden of the overall tax state tax system on low- and middle-income families. The think tax fails to point out that states with progressive income tax rates also collect sales taxes (often at a high rate), real estate tax, and other types of taxes on the entire population. Therefore, just because a state has a progressive income tax structure doesn't mean that low- and middle-income families are paying less overall taxes.