Labor Day 2018 doesn't bring much good news for unions. Membership in the workplace organizations has, at best, stalled. Politicians and the public tend to view them unfavorably. And they lost a tax break in last year's tax reform bill. But there's a faint light for unionized workers thanks to a bill to restore their dues deduction and make the expense easier for more members to claim. 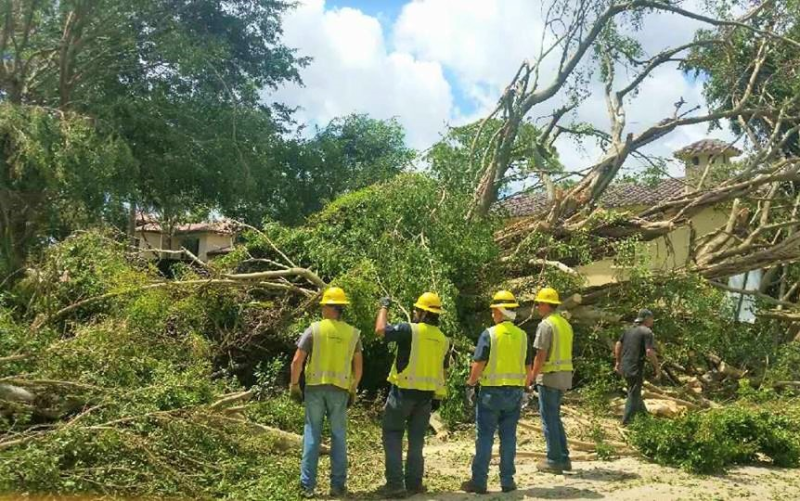 Mention "unions" and most of us think of hardhat wearing men, like these members of the Utility Workers Union of America clearing storm damage. But union memberships cover a wide range and variety of occupations.

Almost 15 million United States workers belonged to a union in 2017, according to the latest annual data from the U.S. Department of Labor's Bureau of Labor Statistics.

Fewer unionized workers: The number of wage and salary workers who belonged to unions in 2017 was almost 11 percent, statistically unchanged from 2016 memberships. That's not good news for unions.

In 1983, the first year for which comparable union data are available, the union membership rate was 20.1 percent and there were 17.7 million union workers.

There are many reasons for the decreasing numbers.

Technology has dramatically changed the jobs outlook over the years.

There's also been a growing general aversion toward unions. 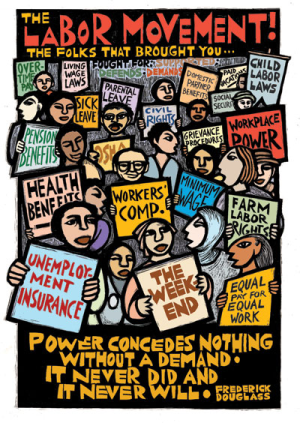 Some of the disfavor is from lack of knowledge of how labor activists contributed to the growth of our country and the increased well-being of workers.

Instead of acknowledging workers and celebrating them as is traditional each Labor Day, Donald J. Trump today opted to accelerate a dispute between his administration and the leader of the United States' largest union federation.

Tax hit, too: And then there is tax policy.

In a small, but notable for many workers, change to the tax code, the Tax Cuts and Jobs Act (TCJA) eliminated the itemized deduction for miscellaneous expenses.

One of the miscellaneous expenses that used to be counted toward this Schedule A write-off was the amount a worker paid in union dues.

Union dues, which are paid to the labor group by its membership help to cover the cost of activities, education or events engaged in by the union members, were considered under the prior tax laws as unreimbursed employee expenses since they were necessary to belong to the union.

Work clothes specific to your job also were part of the miscellaneous tax deduction category. This applied to many union employees in specialized professions.

Yes, the miscellaneous workplace expenses claim wasn't a widely used deduction, in large part because to claim it you had to have total unreimbursed workplace costs that were more than 2 percent of your adjusted gross income (AGI).

Symbolically, however, the tax deduction change sends a message, at least to beleaguered union members.

The good news is that the end of the miscellaneous expenses deduction is not permanent (yet; there's talk of making some new tax laws longer term as part of Tax Reform 2.0). It's scheduled, for now, to return in tax year 2026.

Still some support for union expenses: There's also been at least one bill introduced to salvage some of what was lost with the end of the miscellaneous expenses deduction.

Above-the-line deductions (as they were called when they were part of the long Form 1040 which now is being remade, moving the deductions to a separate schedule) technically are adjustments that help reduce your overall income.

That in effect will help you get to an even lower level or money that is subject to tax.

The best thing about above-the-line deductions is that you don't have to itemize to claim them, either before or under the TCJA and the tax return revisions it prompted.

In announcing his bill last April, Casey specifically cited what he called a GOP "deliberate attack" through tax law changes "on working Americans and union members."

"This Washington Republican assault on our unions has got to stop," said Casey in announcing his bill last April. "Unions provide a path to the middle class for working people by increasing their income and the economic security of their families. To this end, it's important that we do all we can to empower workers to organize, not make it harder."

Casey says his proposal not only would reinstate the long-standing deduction for union dues and other unreimbursed employee expenses, but that it also would ensure all unionized workers, regardless of which tax deduction method they use, would be able get some tax relief for the union dues they pay.

Enactment not guaranteed: So far, the Tax Fairness for Workers Act has not moved from the Senate Finance Committee to which it was referred. And its future likely rests with the outcome of the midterm elections.

If Republicans retain House control, Casey's bill is likely dead. If Democrats win, it could get some consideration, probably as part of a larger bill to change the GOP-written tax reform measures.

And, of course, any House tax measure also would have to clear the Senate (likely to remain under Republican control) and the White House.

But as all labor leaders will tell you, every workplace battle has to begin somewhere. 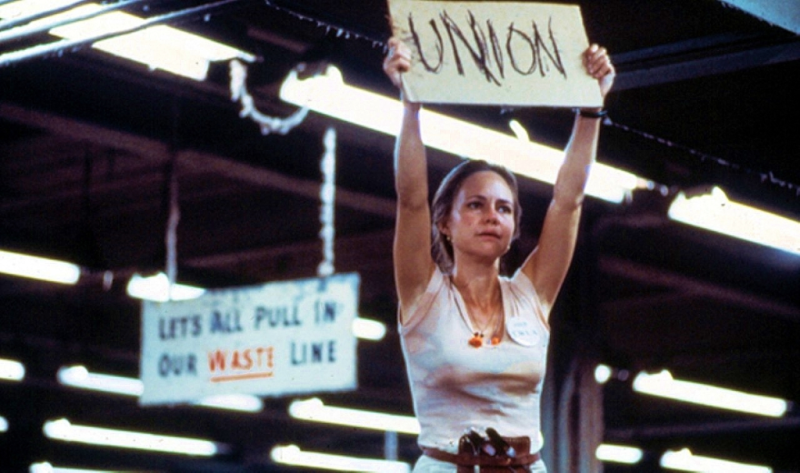 Sally Field won her first Oscar for her portrayal of title character Norma Rae in the 1979 movie, which was based on a real-life effort to organize workers in the South. In this climatic scene, she uses a "UNION" sign to implore her textile mill coworkers to turn off the factory machines.

If you have this Labor Day off, great! You've got time to check out Norma Rae or some of these other workplace-related movies.