UPDATE , Oct. 1, 2018: The House has signed off on its three Tax Reform 2.0 bills to extend the individual provisions of 2017's Tax Cuts and Jobs Act. The Senate, however, is not so keen on the measures. Additional Senate tax action this year looks doubtful as the Upper Chamber focuses on other year-end priorities. 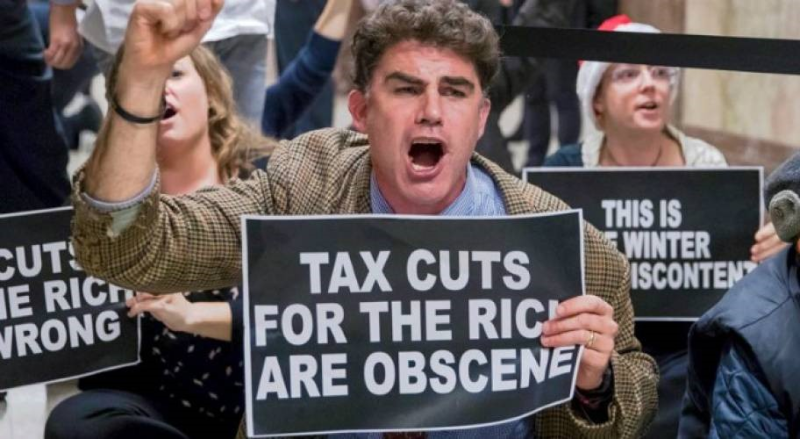 The House Ways and Means Committee began marking up today the three bills that make up what is being called Tax Reform 2.0 (TR2).

The package is expected to make it through the tax-writing committee and eventually — by Sept. 30 according to Republican leaders' time frame — the House. The bills will face a more skeptical Senate.

They also will be the talk of the midterm elections.

And some of the anti-Tax Reform 2.0 rhetoric that's likely to be heard on the campaign trail is already coming from a group of taxpayers that includes many who are benefiting from last year's major tax code rewrite.

Take two for tax reform: The enactment late last year of the Tax Cuts and Jobs Act (TCJA) was the first major rewrite of the tax code since the historic 1986 bill.

But many in the Republican Party, especially members of the House of Representatives, say more needs to be done. So they've proposed Tax Reform 2.0, the title given to three pieces of tax legislation introduced this week.

Each bill focuses on a separate area of additional and/or extended tax reform:

My post from earlier this week has more on the key parts of each bill.

Passage prospects: The GOP-controlled Ways and Means Committee will have no problem clearing the bill. It also should make it through the full Republican-majority House.

Getting an OK from the Senate, even though it also is held by Republicans, will be harder.

Still just getting the bills out there is a victory, since it will give candidates something to talk about.

And it could be a victory for both sides.

Campaign pros and cons: Republicans, obviously, will tout the benefits of the original TCJA that became law on Dec. 22, 2017. Its full effects will be felt for the first time when folks file their 2018 federal tax returns next year.

The campaign trail topic for the GOP now will be how these added pieces of legislation will make things even better for voters, especially the middle-class taxpayers who are the target of TR2.

Plus, if the Republican House can get their Democratic colleagues on the record (again) as opposing tax cuts, that vote could be another weapon that GOP candidates in close races can use against their opponents.

Democrats, too, could use Tax Reform 2.0 for their political purposes.

They'll continue to point out how the wealthiest taxpayers get the most benefits from the TCJA. Dems also will cite the costs of that original GOP tax bill, along with the increase to the federal deficit that would come if TR2 is approved.

Rich against more tax breaks: Although America's highest earners are doing quite well under the TCJA, some of them don't like the bill. And they are encouraging Congress to put the brakes on added tax breaks,

On Wednesday, Sept. 12, representatives of 776 national and state groups sent a letter to members of Congress urging them to oppose the GOP additional tax reform proposals.

They want the estimated $3 trillion cost of TR2 to go toward federal infrastructure, healthcare and education programs.

"The richest Americans do not need another massive tax cut," the groups wrote. "They and America's corporations need to start paying their fair share, so we have the resources needed to protect Social Security, Medicare, and Medicaid and to invest in education, infrastructure, and many more services working families and communities need to thrive.

Not a lot from first round: Data on Americans for Tax Fairness' website show that the TCJA changes have yet to fulfill key GOP promises, such as increased worker wages.

Americans for Tax Fairness, one of the signers of the no-TR2 letter, notes:

Plus, says the progressive tax policy group, few if any workers have received the $4,000 pay increase promised by Donald J. Trump.

Safety net threats: The groups who sent the anti-TR2 letter also warn that another round of massive tax cuts will allow Republicans to argue for drastic cuts to social safety net programs.

"The original Tax Cuts and Jobs Act (TCJA) bestows most of its benefits on the wealthy and large corporations," according to the letter. "Its $1.9 trillion cost, according to the Congressional Budget Office (CBO), will vastly enlarge the federal debt and be used as an excuse for conservatives to enact deep cuts to Social Security, Medicare, Medicaid, education and other vital public services that tens of millions of people rely on — mostly seniors, children, women, and people with disabilities."

"Extending or expanding the law's existing provisions will likewise primarily enrich the already wealthy while further threatening essential services and investments," according to the groups.

Chances that the anti-Tax Reform 2.0 letter will change any minds are slim. But it does set the stage for the debates we'll hear as we near Nov. 6.