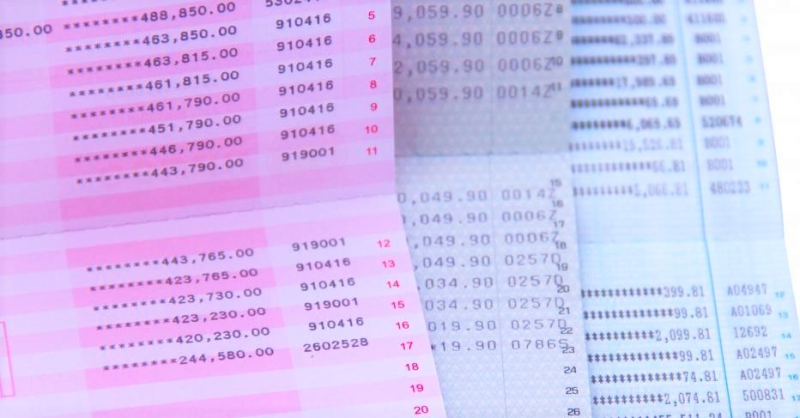 Old-school passbook savings accounts are safe, but have been paying minuscule interest over the last few years.

The White House might be unhappy, but all of us with money in safer assets like certificates of deposit (CDs) or plain-old savings accounts are sending the Federal Reserve Board of Governors, aka the Fed, a big fat thank you.

The Fed's decision yesterday (Wednesday, Sept. 26) to raise rates to a range between 2 percent and 2.25 percent means we'll be seeing few more pennies of earnings in our accounts.

And it is just pennies.

Those of us old enough to remember the double-digit interest rates in the 1980s literally made thousands each year from our low-volatility investments back then.

In recent years, though, we haven't earned even enough to trigger a tax form from the accounts. And that's just a $10 threshold.

The paltry earnings prompted many of us to look for other places to park our money. Now, some financial institutions are trying to lure us back.

Cash to pull savers back to banks: As the Fed has taken the higher interest rate path — this week's action was its third rate hike of 2018 — lenders have started to offer new customers one-time payments of hundreds of dollars to open accounts.

It's not a new tactic. But today's pitches have grown larger and more common as banks look to add new primary checking and savings account owners.

From October 2017 through March 2018, the number of banks sending more than five million such mail offers has risen to 15 from seven in mid-2015, according to a recent Wall Street Journal article. Citing data from the consulting firm Novantas, the newspaper notes that the average bonus at regional lenders also has risen to almost $300 from less than $200 over a similar period.

Certain customers can get from $150 to $500. "While that might not be as lucrative as a higher rate for people with large deposit balances," notes the WSJ, "it is a big payout for those with smaller accounts."

I've gotten a few financial institution snail mail lures, as well as similar online offers of cash if I put my money in their hands.

Savings' tax ramifications: It's appealing. I mean, who couldn't find a good use for a couple of hundred extra bucks?

Be aware, though, that the financial enticement also will trigger Internal Revenue Service interest. And not the good, money-for-you way.

Rather, you'll owe federal income tax on the cash inducements.

"The 'bonuses' I have seen have been reported as interest on a 1099-INT," says Nancy Cook, and Enrolled Agent in Illinois who noted that her local banks "have done it for years."

Koval's and Cook's assessments were echoed by the many other Enrolled Agents I queried via their community Facebook page, although Craig R. Sparacino who practices in Delaware says he's occasionally seen such payments reported in box 3 of IRS Form 1099-MISC.

A couple of veteran tax pros even joined me in my savings nostalgia by pointing out other ways banks have used over the years to attract customers.

Other taxable, or not, reward situations: But wait, say long-time and tax-savvy readers, didn't the IRS already resolve the issue about such inducements being tax-free?

There's a difference between cash back for opening an account and rewards earned on a credit card.

We (or at least the ol' blog) last looked into these muddy reward/incentive tax waters back in 2012 when Citibank offered customers airline miles if they opened savings or checking accounts at the institution.

It was the mixture of accounts and offerings that created the tax problem.

Since 2002, the IRS has allowed recipients of credit card points for airline miles to be treated as tax-free travel perk. These loyalty miles, says the IRS, essentially are rebates, which are price reductions, not income, and therefore not taxable.

But the miles that Citibank used to encourage new accounts were, from the tax perspective, a prize. And thanks to Oprah's car largesse, everyone knows that the value of prizes is taxable income.

Take the cash, but expect the IRS: If you finally found a bank account that's offering an appealing interest rate and got a couple of hundred for opening the account, good for you. Just expect to get a tax statement (a copy of which will be sent to the IRS) detailing your taxable income.

It won't be much tax due, especially since tax rates were lowered by the Tax Cuts and Jobs Act.

But it will be something, so don't be surprised when the tax document arrives by the end of next January. And instead of cursing the tax implications, take note of Teresa Lindberg's observation: "I used to have a boss that would say 'until the tax rate is over 100%, I'm okay with more income'!!!"

Ask an EA: Also remember that if you're ever confused about a tax situation, be it any type of 1099 or the new tax laws, consider hiring an Enrolled Agent.

You can find an EA in your area by using the online location tool at the National Association of Enrolled Agents' website.

As exhibited by their online willingness to answer my tax question, these tax pros are able and ready to help you solve your tax filing issues.