One thing almost everyone agrees on, both politically and financially, is that we all need to do a better job of saving for retirement. But some young savers are undercutting their own efforts by regularly tapping their workplace retirement accounts early. 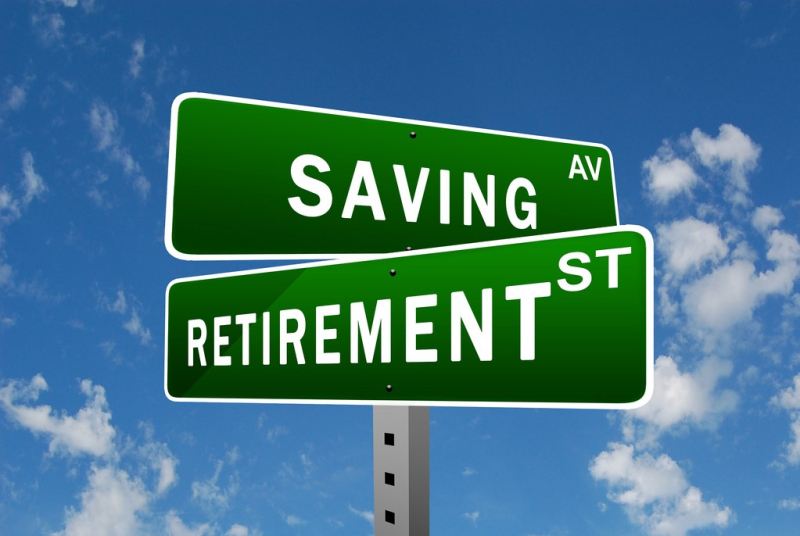 As part of Labor Day celebrations, Donald J. Trump signed an executive order that, in part, instructed the Treasury and Labor departments to look into ways to make it easier and cheaper for smaller employers to band together to offer 401(k)-type plans for their workers.

Expanding these tax-deferred workplace retirement plans is a good idea. With the demise of traditional company pension plans, these workplace accounts are a major component of many Americans' retirement funding.

Falling short on retirement savings: By helping more employers offer 401(k) plans, more of us should be able to save for retirement. And boy do we need to save.

A recent NerdWallet survey found that "only 32 percent of Americans say they're confident they'll have enough money saved for retirement by their desired retirement age based on their current rate of savings."

That's not a surprise. Another survey, this one back in May as part of Northwestern Mutual's 2018 Planning & Progress Study, found that 21 percent of Americans have not saved a cent for retirement and a third of us have less than $5,000 dedicated to our post-work years.

Savings mistakes: And even when we do save, some of us mess that up, too.

Often we don't contribute enough. Specifically, folks leave money on the table because don't put in enough to get their bosses' matching amount.

Then there's the temptation to take money out of a 401(k). While these plans technically can't be accessed until you turn 59½, there are exceptions.

And it looks like millennials are taking advantage of those withdrawal options to their future detriment.

Almost 60 percent (59 percent) of young investors reported they had made an early withdrawal from their retirement account.

How retirement loans work: With 401(k)s, these early withdrawals typically are in the form of loans.

In these cases, a 401(k) owner can access a portion of his/her retirement plan money, usually up to $50,000 or 50 percent of the assets, whichever is less.

The loan doesn't trigger any taxes as long as the retirement money is repaid to the 401(k) so that it's back to the state it was when you took out the money.

In certain situations, such as an emergency where you have no other source of money, a 401(k) loan can work. But when a 401(k) is viewed as an emergency savings account rather than a retirement plan, that's a problem.

But as the E*TRADE study found, some younger 401(k) account owners are misusing and abusing early withdrawals from retirement plans.

In fact, that counter-intuitive savings move is increasingly the norm, as the chart below indicates.

Early withdrawals among young investors rose significantly over the past three years, from roughly one out of three, to now more than half.

"Saving for retirement continues to be a key challenge and a core area of focus for investors," said Mike Loewengart, Vice President of Investment Strategy at E*TRADE Financial.

"While some younger investors have started on a solid savings path, many are exhibiting behavior that runs counter to their goals. There's a need to bridge the gap between education and action, and the good news is, it's never too late," said Loewengart.

Getting the most out of retirement savings: Worker contributions to 401(k)s are made before taxes are calculated, meaning that your contribution can lower the amount of income tax taken from your pay.

That calculation can help offset the loss of some take-home pay when you put money in a 401(k).

You can ensure that you save enough in your 401(k) by following three simple rules:

Workplace Roth savings: Of course, when you do take money out of a 401(k) in retirement, you'll owe tax on those withdrawals at ordinary tax rates.

You can avoid those futures taxes by contributing instead to a Roth 401(k). Many companies (or rather the financial firms they outsource their savings plans to) offer these accounts.

Like their similarly named cousin the Roth IRA, you put already-taxed money into a Roth 401(k). It then grows tax-free and you don't owe Uncle Sam anything when you take money out of a Roth 401(k).

Don't overlook IRAs: Speaking of IRAs, you can open one of these retirement accounts, either traditional or Roth, even if you have a 401(k).

In some cases, a traditional IRA could offer a tax deduction. A Roth won't help reduce your currents tax bill, but when you do take distributions in retirement, you won't owe any tax on your Roth withdrawals.

If you do open an IRA, make the most of these tax-advantaged account by contributing, if you can, the annual maximum. For the 2018 tax year that's $5,500 for younger workers and $6,500 for savers age 50 or older regardless of whether it's traditional or Roth IRA.

Adjust accordingly: Sometimes life will get in the way of your retirement savings.

If you need to reduce your contributions or skip a year, do it. You've got to cover your day-to-day expenses first.

But try not to tap your retirement savings unless you absolutely don't have any other choice. Leaving them alone to grow tax-deferred or tax-free will mean that you'll have more of a chance to retire when and how you want.

I was on the 401k managing committee at work and we had to approve 401k loans due to the way our plan was written. It was a rubber stamp because we had no criteria that would allow us to reject a loan request, however it did force us to look at every loan that came through. I was amazed to see people borrowing from their 401k just to buy a new pickup truck! Or for a vacation. And with our plan when you took out a loan on your account you could no longer contribute to the 401k until the loan was paid in full which meant you missed out on all your contributions and the company match. And these people, when they finally paid off the loan, would immediately borrow again! It was crazy. I retired early with a seven figure 401k account but most of the frequent borrowers had only a five figure account, if that. I don't know what they plan on doing for retirement, we have no pension plan, certainly retiring early like I did is not on the table for them. All for a few fancy vehicles that are now sitting in some scrapyard. It is very sad.