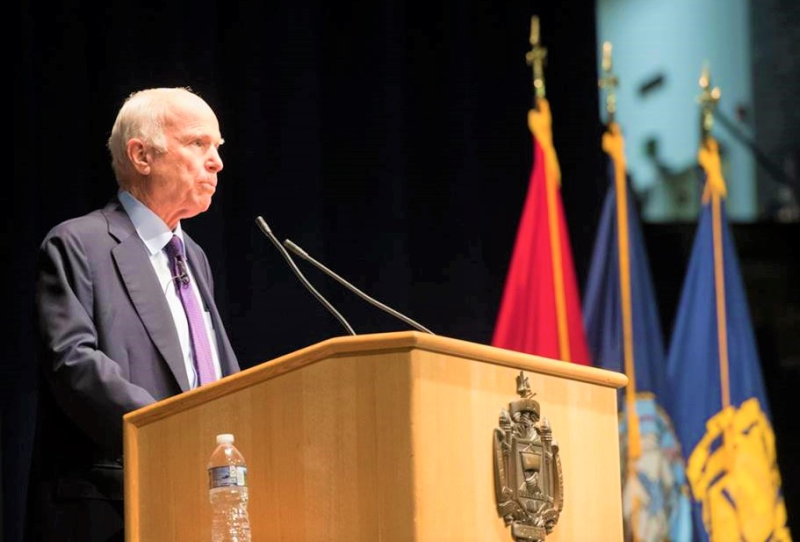 The late Sen. John McCain, in keeping with his maverick tendencies to buck even his own political party and to work across the aisle, offered a tax plan during his 2000 quest for the Republican presidential nomination that borrowed from Democrats and Republicans alike.

That proposal 18 years ago by the Arizona Republican called for $237.5 billion in tax cuts over five years in such portions that they could be embraced by Democrats while simultaneously recommending that part of Social Security go to individual retirement accounts, a favorite GOP idea.

Doing tax battle: The Vietnam prisoner-of-war-turned-politician also was ready to go to battle over taxes with special interests.

McCain's proposal included a list of tax breaks that he said could be eliminated. They ranged from tax-exempt bonds for sports stadiums to special provisions for publishing to special tax breaks for multinational corporations to tax-free treatment of certain building industry costs.

''So let the warning go out, let the warning go out to the army of lobbyists who so stoutly resist our campaign,'' McCain said in a speech in which he discussed his tax plan. "Every tax dollar now wasted on special breaks for oil companies, ethanol giants, insurance companies and the multitude of other powerful special interests with their armies of lobbyists are now at risk.''

Opponent and colleague: McCain lost the 2000 nomination to eventual President George W. Bush. Bush was among those who eulogized the Senator at his funeral today.

The Texan, as well as McCain's 2008 opponent President Barack Obama, each lauded McCain's commitment to America's ideals and his willingness to follow his moral compass even when he paid a political price.

His 2000 tax plan was emblematic of that. So in honor of McCain, today's Saturday Shout Out goes to The New York Times' coverage of that tax proposal.

A second, joint Shout Out goes to Leonard Burman, Institute Fellow at the Urban Institute, for his post on the Tax Policy Center's TaxVox Blog remembering McCain's tax agenda (and which led me to the NYTimes piece).

'Really good' tax proposal: All those years ago, remembers Burman, his boss, a longtime Democratic insider, declared McCain's tax plan as "really good" and a lot better than the proposals of the other 2000 contenders, Bush on the Republican side and Vice President Al Gore for the Democrats.

That 2000 plan, notes Burman, was fiscally responsible. By closing many individual and corporate loopholes, it would have given middle class taxpayers a significant tax cut.

Burman writes that McCain's tax plan eight years later was not as fiscally responsible, but that second presidential campaign tax proposal did include a cap-and-trade program to address climate change.

Obama, after defeating McCain and settling into the Oval Office, adopted his Republican opponent's tax idea. However, it died in Congress.

As many have said since McCain's passing, it likely will be long time before see another of his kind in Congress.

While I didn't agree with much of McCain's strict conservative/GOP policies, I agree with Burman's assessment of the man:

"Senator McCain was an American hero and a truly admirable man. Rest in peace, John McCain." 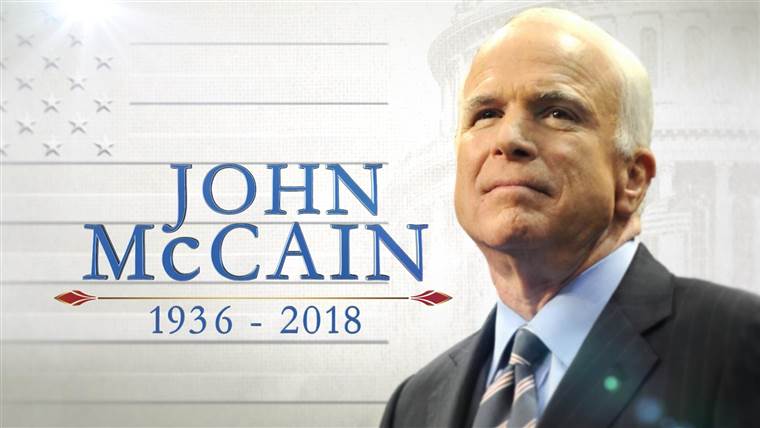