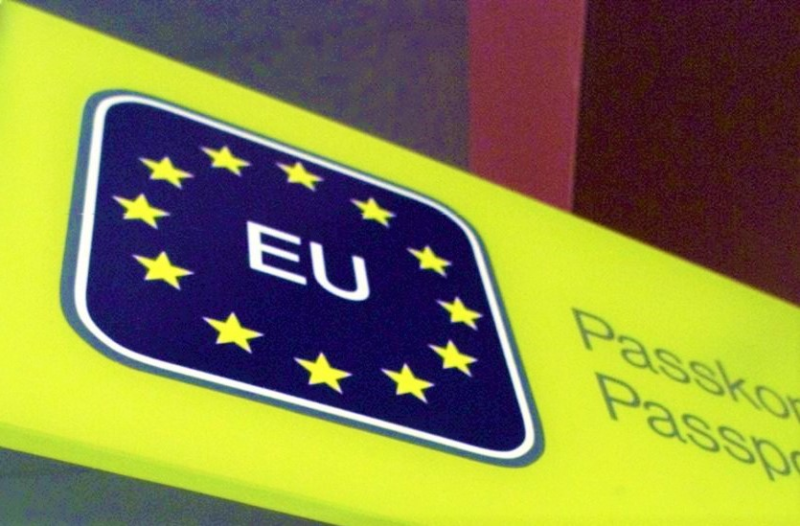 Many folks are taking one final quick vacation this long Labor Day weekend to mark the end of summer and beginning of the school year.

But some folks who are crossing international borders might find they're not welcome.

It has nothing, however, to do with the country they want to visit.

It's because of their passports have been revoked because they owe big tax bills.

How tax bills hamper travel: Since the December 2015 enactment of the federal Fixing America's Surface Transportation (FAST) Act, the Internal Revenue Service has been required to inform the State Department of taxpayers who owe substantial amounts.

If you think you're OK because your tax bill is "just" $50,000 you might want to rethink your travel plans. The flagged dollar amount includes not just the past-due tax, but also penalties and interest.

Once State gets the notification, it denies these owing taxpayers' passport applications or renewals of current passports. In some cases, Uncle Sam may even revoke the travel documents.

Unhappy travelers, NTA: Folks who find their international excursions threatened by the tax-related passport action obviously are not happy.

Olson's not saying folks shouldn't pay the taxes they legally owe. But she doesn't like the way the passport-tax connection is being administered.

Specifically, she's upset that the IRS does not send notices of revocation to taxpayer representatives whose power of attorney is on file with agency.

Long-standing NTA issue: This isn't a new complaint from the NTA office. Last summer, Olson made no secret of her dissatisfaction with various elements of the unpaid tax/passport revocation process.

In her summer 2017 report to Congress, Olson expressed concern that IRS does not notify taxpayers of its intent to certify their tax debts as "seriously delinquent" until the certification is taking place.

Olson cited in that report what she believes is the questionable legality of failing to provide advance notice to taxpayers.

In addition, she pointed out that advance notice of a delinquent debt certification would make things better for everybody involved. Taxpayers, once notified that overdue taxes are about to lead to passport denial or revocation, tend to resolve their debts.

So if the IRS simply let the individuals and/or their authorized representatives know about the impending seriously delinquent tax bill certification, both the owing taxpayers and the federal government could be spared from the bureaucratic hassle of revoking and then reinstating a passport.

Hundreds lose travel papers: But since that isn't happening, despite Olson's earlier recommendations, folks who owe the U.S. Treasury continue to lose their passports.

Olson reported in a recent post on her NTA blog that as of Aug. 10, the Taxpayer Advocate Service (TAS) was working more than 700 cases where passport certification was a primary or secondary issue.

That number of big tax bill owing travelers is this week's By the Numbers figure.

Clearing your tax debt: While Olson works on passport-tax matters from her post as an IRS watchdog, here's what you need to do if you owe the IRS and want to make sure you miss out on that once-in-a-lifetime European adventure.

You need to one of the following:

Good luck with that tax bill. And have fun abroad!

Thanks for posting. We posted a short article here after enforcement began:

Thank you for posting. Many fear that the IRS may begin revoking active passports; rather than simply denying renewals of existing passports or applications for new passports. Questions regarding IRS passport revocation are becoming more common now that enforcement has indeed begun, and there is uncertainty as to whether further measures will be taken.