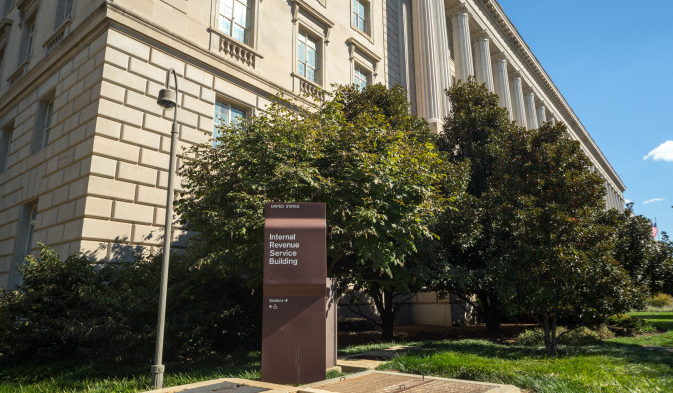 One of the reasons that Congress has in recent years been tight-fisted when it comes to the Internal Revenue Service's budget is because the agency apparently operates pretty darn well with what it already has.

That's the case, at least, when it comes to IRS collection activity, according to a Treasury Inspector General for Tax Administration (TIGTA) report released on Monday, Sept. 17.

While both reports are welcome by the IRS, they also raise concerns about how long Uncle Sam's tax collector can continue at its current pace on essentially the same budget to do even more jobs.

Good use of resources: TIGTA's Office of Audit examines IRS data every year to see how it uses its available resources to get taxpayers to pay what they owe. For the 2017 fiscal year, TIGTA found that although the IRS compliance program has had to work with fewer staff, the tax agency's enforcement operations have steadily increased.

TIGTA's report says most of that increase comes from assessments from IRS examination functions (the agency's preferred term for audits), which produced increased assessments of more than $2.2 billion from FY 2016 to FY 2017.

Taxpayers also doing our tax jobs: IRS efficiency is probably a big reason that TIGTA found U.S. taxpayers are doing what's expected of us in our voluntary filing and payment tax system.

During the 2017 fiscal year, we filed more than 150 million individual income tax returns and forms. TIGTA says those filings resulted in a total tax revenue increase of nearly 17 percent over the past five years.

That payment amount grew even though wages have been stagnant and tax rates, even before last year's Republican tax reform package, were at historic lows.

Doing more with fewer people: All this has been accomplished while the number of IRS staff assigned to work collection and examination cases has continued to drop over the years. The agency's staff level peaked in FY 2010, according to the report.

In fact, TIGTA says "the number of Collection and Examination function staff working cases has decreased almost 23 percent since FY 2013."

At the same time, adds the report, the number of delinquent tax accounts being assigned to those fewer IRS agents has reached the highest level in at least the past 15 years.

While that's meant a reduction in the number of audits over the years, the IRS has been amazingly successful in getting tax dollars from those cases it does look into.

Or as TIGTA explains:

"According to recent statistics, less than 1 percent of returns were examined during FY 2017. While the number of staff in the Examination function has declined, examination assessments generated 21 percent ($12.1 billion) of total enforcement revenues ($56.9 billion) in FY 2017."

TIGTA found this same pattern throughout the IRS.

Better taxpayer service, too: The IRS also got good marks for customer service from another federal overview.

The GAO report's title says it all:  "IRS Managed Processing Challenges and Enhanced Its Management of Tax Law Change."

The uptick in customer service also is part of a positive trend for the tax agency.

"For the third year in a row, IRS improved its telephone service by answering 80 percent of calls seeking live assistance and reducing wait times to about 5 minutes, as of the end of the 2018 filing season. This compares to 37.5 percent of calls answered with an average wait time of about 23 minutes during the 2015 filing season," according to the GAO.

More using self-directed help: Taxpayers themselves helped out here by increasing their use of IRS online services.

More of us, says the GAO, used our computers and mobile devices to check out the IRS website and its new online account tool to view our tax account balances.

The one negative as far as taxpayer interaction during the 2018 filing season was in the correspondence area.

Answering taxpayer correspondence remains a challenge, says the GAO, noting that the IRS was late responding to about 37 percent of correspondence as of the end of the 2018 filing season compared to about 26 percent at the same time in 2017.

Still in search of a bigger tax budget: How long can these positive IRS operation trends continue? That's the bottom line question.

Ironically, the generally good reviews put the IRS in a tough spot. The agency is finding it's the perfect example of the old saying that the reward for doing a good job is more work.

The federal funding corollary to that is you get more work to do at the same budgetary level.

A House-Senate conference committee has struggled to decide whether to give the IRS the $11.6 billion suggested by the House or $11.2 billion as recommended by the Senate for the government's new year that begins Oct. 1. In its last continuing resolution that runs through early December, Congress came up with $11.16 billion for the agency.

One thing both chambers do agree on is that the IRS needs $77 million more to implement the changes that took effect this tax year under the Tax Cuts and Jobs Act. That covers updating the IRS computer system to reflect the new laws, as well as issuing guidance on them and helping taxpayers (and tax pros) understand the changes.

So it looks like for the most part, the IRS is going to have to keep doing more with about the same.