The Internal Revenue Service (and I and my fellow tax bloggers) have been noting the need for folks to get their payroll withholding amounts correct under the recent tax law changes. Reporting any adjustments, however, will continue to be done on the old Form W-4, since folks who help implement the forms alerted the IRS of the many issues they have with the proposed document. 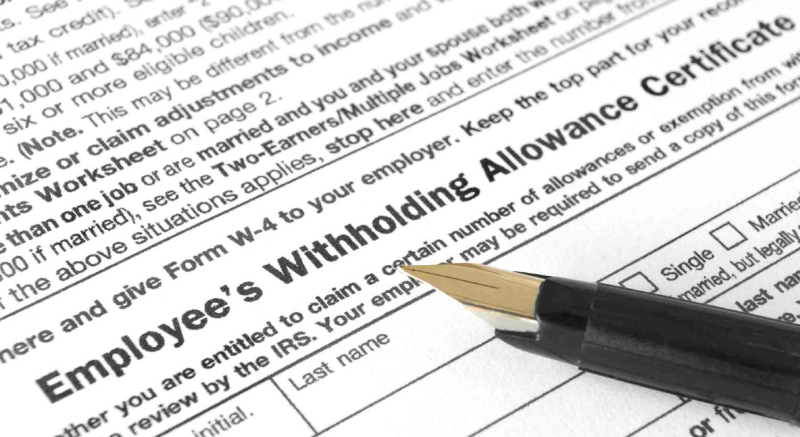 You followed the Internal Revenue Service's nagging advice and did a paycheck checkup.

This, in case you aren't one of the checking taxpayers, is a look at your current payroll withholding to ensure that the correct amount is being taken out of every paycheck so that you don't end up owing taxes or getting a ginormous refund (yeah, that's not necessarily a good idea) next filing season.

Because of the Tax Cuts and Jobs Act's (TCJA) new laws now in effect, similar checkups also are recommended for folks who itemize, for families with new tax-credit eligible dependents and for folks who do gig work, either full-time or to supplement their wages.

Once you use the IRS' online withholding calculator, which has been updated to reflect the TCJA provisions, the final step is to give your payroll administrator a new W-4.

Old form for new allowances: For now, you can still use the old W-4, which has been around for years. The IRS came to that conclusion back in December 2017, soon after the TCJA became law, announcing it would make under-the-hood changes at its end to accommodate the new tax laws into the existing withholding form.

But for the 2019 tax year, the IRS had planned for workers to use a new W-4 form reflecting the new tax laws.

To that that end, the agency in June released a draft of the document that companies and payroll offices use to determine how much to take out of each worker's pay.

Now, however, the IRS has decided to delay implementation of a new Form W-4.

Tax community points out problems: The reason, according to a recent IRS announcement, is that the folks who'll actually work with the document had some concerns about the proposed new form.

"We believe that the form as currently drafted raises a number of serious concerns," wrote NAEA President Jean Nelsen in a letter to the IRS. Specifically, she said her association found that the revised W-4:

"Our recommendations emphasize the need for a simple Form W-4 that reduces administrative burden, protects employees from invasion of privacy, and avoids the shifting of additional onus onto employers," wrote Annette Nellen, chair of AICPA's Tax Executive Committee, in her organization's letter to the IRS.

NATP Executive Director Scott Artman shared the almost identical problems that his members have with the W-4 changes.

"Our recommendations emphasize the need for a simple Form W-4 that reduces administrative burden, protects the privacy of employees, and avoids the shifting of additional burden to employers," wrote Artman in the NATP letter to the IRS. "At a staggering 11 pages of instructions, as compared to four pages in 2018, the burden on both employees and employers has unnecessarily increased."

IRS backs off: The IRS took the concerns to heart and decided to take another stab at reworking the W-4.

In a brief statement, the IRS explained:

The IRS will continue working closely with the payroll and the tax community as it makes additional changes to the Form W-4 for use in 2020. The new version will help employees improve withholding accuracy, and fully reflect changes included in the Tax Cuts and Jobs Act.

In the meantime, the IRS (and I and my fellow tax bloggers) continue to urge you to review your 2018 tax withholding situation as soon as possible. If necessary, make changes on the existing Form W-4.

And the Treasury said the IRS, after going back to the drawing board, will release the 2020 W-4 and related guidance early enough in 2019 to allow employers and payroll processors plenty of time to update their systems.