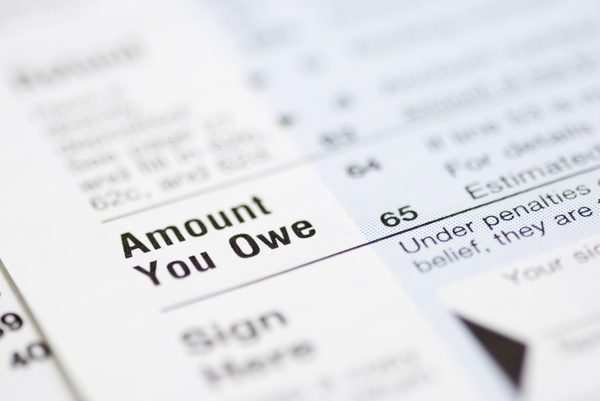 A few election years ago, Republicans were aghast at the level of takers compared to makers.

In case you've forgotten, they were complaining that an increasing number of folks, the so-called takers, were escaping their rightful tax payments and getting government help at the expense of the makers, higher earners who tend to put more tax money into the economy.

Big tax cuts for millions: The latest analysis by the Tax Policy Center (TPC), released Sept. 5, finds that thanks to the GOP-driven Tax Cuts and Jobs Act, the number of households (or tax units as the economists call them) with no tax liability and potentially negative income as far as taxes in 2018 will hit 44.4 percent.

It's not as much as the 47 percent claim that helped sink the presidential hopes of Mitt Romney. But is it almost 2 percentage points above tax year 2017's count of 42.7 percent of such income tax-free Americans.

And remember that even if folks aren't paying income tax, they probably are having payroll tax withheld to cover Social Security and Medicare.

The actual count of such tax-free folks comes to 76.4 million so-called tax units, which TPC defines as individuals or a group of individuals treated as one tax-paying unit.

I'm not going to try to decipher how many people could be in a unit.

Instead, I'm sticking with already calculated numbers in picking this week's By the Numbers figure.

The honor goes to those three 4s in a row, with a little leeway for the decimal point, representing the percentage of folks who TPC says probably will have a low or no tax bill next filing season.

Long-time tax watchers not surprised: The TPC, a collection of tax, budget and social policy experts under the aegis of the Urban Institute and Brookings Institution, says the GOP shouldn't freak out — and Democrats shouldn't cheer too loudly — based on the first year of the new tax law.

"Due to real income growth over time, the share of those who don't pay federal income tax will steadily decline by roughly half a percentage point-a-year until the TCJA's individual provisions expire in 2025. In 2026, the share of those paying no income tax will drop by 2 percentage points," write TPC researchers Daniel Berger and Philip Stallworth in the tax group's blog TaxVox.

Such shifts are not unusual, note the pair.

When the modern income tax was established in 1913, very few people paid federal income taxes, according to Berger and Stallworth. Part of the reason was that the original personal exemption for married couples was $4,000.

As you would expect, that generous tax break didn't last that long.

That's accomplished by the Internal Revenue Code's progressive structure. Our tax rates are progressive, meaning that if you don't make much, you pay less tax — even none, as TPC notes, on some income — on your lower earnings.

As you move up the income ladder, Uncle Sam collects more from you via the higher tax rate applied to your larger income bracket.

Of course, everyone benefits to a degree from the progressive system. Yes, a corporate honcho making $170,000 will face a 32 percent tax on her last well-earned dollar, a rate that's 22 percent higher than the lowest 10 percent tax rate.

Top rate not total rate: But your total income isn't taxed at your top rate.

The money leading up to your final amount is taxed, progressively, at the lower rates that apply to their particular income brackets. The 2018 tax table in an earlier post breaks down the new rates and income brackets.

So some of every employee's income is taxed at the new 10 percent and 12 percent and 22 percent and so on, as sow in the table below, until hitting the top rate of 37 percent for the most highly compensated folks.

Those rates and other tax breaks under the new tax law will help more folks face smaller or no tax bills when they send in their also new Form 1040 next year.

You can be sure that Republican candidates will be celebrating those folks this election cycle.

More tax breaks possible: In fact, you'll probably hear another campaign promise that they want to make these tax breaks permanent instead of letting them expire at the end of 2025.

It's something to consider as you decide who'll get your vote.

But, also keep in mind that wealthier taxpayers got their share, which most Democrats contend is more than fair, of tax benefits, too.

And all of us eventually will end up paying the bill for the original tax reform bill, which started out at $1.5 trillion when it was enacted last December, but which some economists now say will balloon to around $2.3 trillion if the temporary tax provisions do go into 2026 and beyond.