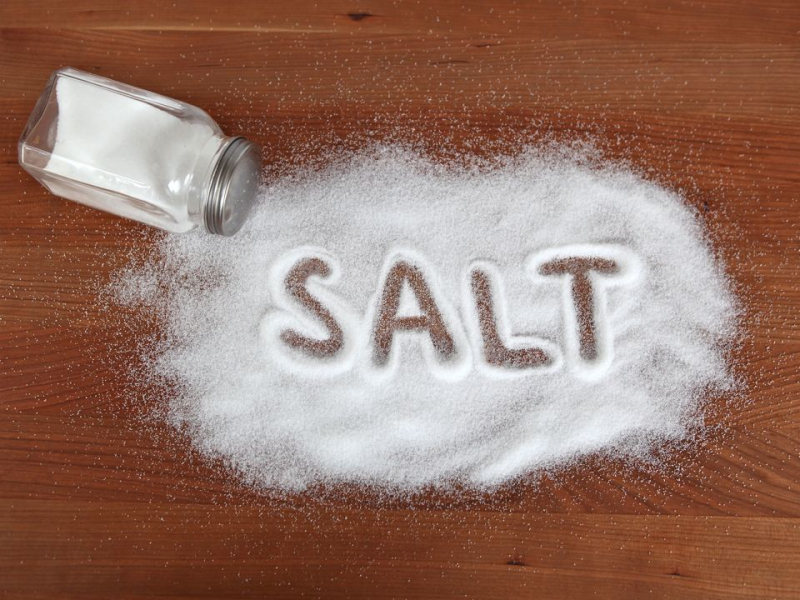 One of the first questions I got when states started working on chartable programs that would let their taxpayers get around the new $10,000 cap on the deduction for state and local taxes (SALT) was how any Internal Revenue Service action might affect existing programs.

We finally have an answer and it's not good.

"Congress limited the deduction for state and local taxes that predominantly benefited high-income earners to help pay for major tax cuts for American families," said Secretary Steven T. Mnuchin in a statement accompanying the regulations. "The proposed rule will uphold that limitation by preventing attempts to convert tax payments into charitable contributions."

SALT limits: In order to offset the costs of the tax changes, particularly the new 21 percent rate for corporations, Congress eliminated or reduced some tax breaks.

The ability of individual taxpayers to claim state and local taxes on their federal returns was one of those changes. The tax break is still around, but only $10,000 per return (be it by a single filer or couples filing a joint 1040) can be claimed.

Granted, tax data shows that this change affects a small portion of the U.S. taxpaying population. But this elite groups tends to be in states that have for many years voted Democratic.

Many saw the deduction limit, which is projected to raise nearly $650 billion for the federal government over 10 years, as a twofer for Republicans in control of the House and Senate. They could recoup some money for their pet tax reform bill and simultaneously whack their political opponents. opponents.

But as is usually the case with taxes, things aren't that cut and dried. Residents in some areas of Republican leaning red states, particularly those with expensive homes that generate large previously fully deductible property tax bills, also will take a tax deduction hit.

The general approach is to establish a state-run charity that could accept donations from taxpayers to pay for state programs. These donations would be the amounts they previously paid as state and local taxes, which are now limited.

But since the TCJA did not limit the amount of charitable contributions an itemizing taxpayer can claim, they would get to deduct the full amount of their new charitable gift.

Not so fast: As you can imagine, the Treasury Department and IRS were not impressed. They indicated their skepticism in a notice issued in May, noting:

"Despite these state efforts to circumvent the new statutory limitation on state and local tax deductions, taxpayers should be mindful that federal law controls the proper characterization of payments for federal income tax purposes."

Treasury Regulation 112176-18 says that basic charitable donation rules that determine the size of a tax deduction when something is received in connection with that gift apply to the SALT workarounds.

That means, according to the proposed rule, if a taxpayer receives a state or local tax credit for making a charitable contribution, then the amount that taxpayer can claim on his or her federal tax return as a deductible donation must be reduced by the amount of that benefit.

That, said Mnuchin, is straightforward application of a longstanding principle of tax law: When a taxpayer receives a valuable benefit in return for a donation to charity, the taxpayer can deduct only the net value of the donation as a charitable contribution.

No break for donation-related gifts: It's basically the often-cited PBS tote bag rule. You give your local public television station $100 and get a $10 tote bag as a thank-you gift. You can only claim $90 on your federal taxes.

In the case of taxes, you give $20,000 — the amount you paid in state and local income and property taxes — to your state's new charity. In return, you get an 80 percent state tax credit for your gift.

That means you can claim only $4,000 as a charitable deduction.

In this case, you'd be better off just paying your state and local taxes as usual and claiming the $10,000 now allowed.

Exemption, refusal and more: For smaller amounts, the proposed regs say that if a state tax credit is less than 15 percent, then the taxpayer would get the full charitable deduction.

And as in the case of other charitable donations, Treasury is proposing that giver have the option to refuse the gift, or in this case, the tax credit.

In such cases, the full charitable contribution deduction would be allowed if the taxpayer does not accept or keep any tax return benefit.

Because procedures for declining the state or local tax credit would depend on the procedures of each state and locality in administering the tax credits, Treasury wants to hear from them and taxpayers on this idea.

Also note that these regs would apply only to instances where a taxpayer receives a state tax credit. Nothing would change where taxpayers get a state tax deduction for charitable gifts.

Potential problems for existing state credits: I suspect that the states who have proposed or are working on ways to help their taxpayers retain their SALT deductions are not going to be thrilled with these regs.

And folks in other states that have existing state tax credit programs are going to be just as, if not more, unhappy.

The new regs don't differentiate between state credit programs already in place (many of them for years) and the new state charity credits to circumvent the SALT deduction cap.

A/ paper authored by a group of tax law professors and academic associates cites more than 100 such programs in 33 states. They range from gifts that cover conservation easements to funding for hospitals to private school tuition scholarship programs.

Although the popularity of these state tax credit programs has grown dramatically in recent years, they've managed to stay under IRS radar.

Mnuchin said that the proposed rule shouldn't affect most of these programs. Only about 1 percent of taxpayers are expected to see an effect on tax benefits for donations to school choice tax credit programs.

"We appreciate the value of state tax credit programs, particularly school choice initiatives, and we believe the proposed rule will have no impact on federal tax benefits for donations to school choice programs for about 99 percent of taxpayers compared to prior law," said the Treasury Secretary.

But the added IRS attention to such programs has some states worried.

Sure, some participants likely will continue if they get a state-level tax break. But other donors might opt out, reasoning that they don't want the IRS taking an extra look at their filings for such a deduction.

And some prior donors might not be so inclined to give now since they, as Mnuchin notes, aren't itemizing any longer. That makes every charitable donation, be it through a state tax credit program or the traditional giving method, worthless from a federal tax standpoint.

Time frames: Treasury is aware that some folks have already taken or plan to take tax action in connection with state charitable credit programs.

That's why it says the proposed regulations would apply only to contributions made after Aug. 27, protecting those who donated earlier this year or who give in the next few days.

Also, note that these regulations are proposed. Treasury has scheduled a hearing on the regs for Nov. 5. It will start at 10 a.m. Eastern Time in the Auditorium of the IRS building at 1111 Constitution Avenue, N.W. in Washington, D.C.

You have until Oct. 11, the official 45 days after the official publication of the regs in the Federal Register, to get your comments on the proposal to Mnuchin and company by snail mailing them to:

If you prefer, you can hand deliver submissions, Monday through Friday between the hours of 8 a.m. and 4 p.m. Eastern Time, to the IRS building. Address the package to:

Treasury also will accept electronic comments via the Federal eRulemaking Portal at www.regulations.gov. Note IRS and REG-112176-18 on your e-comments.