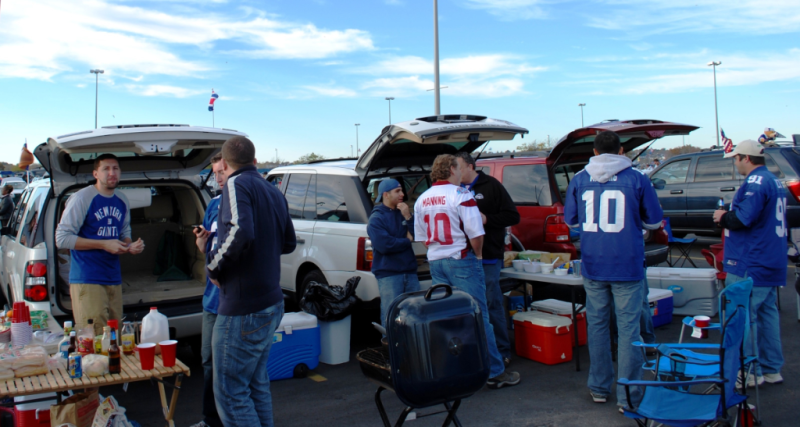 That means crazy body paint, tons of tailgating and betting.

Yes, although professional sports leagues and especially the National Collegiate Athletic Association (NCAA) hate to admit it, gamblers put down billions on games every year.

Most of those wagers have been, and will continue to be, placed illegally despite the May 14 decision by the Supreme Court of the United States (SCOTUS) that sports betting can be offered by states.

This season, though, a handful of states are accepting sports bets.

And some members of Congress, now including the involvement of the leader of the Senate's Democrats, are intent on making that option more available across the country as long as it's under a well-defined national framework.

Court changes betting course: The High Court's ruling in Murphy v. NCAA et al effectively overturned the federal ban on state-sponsored sports betting that had been outlawed under the Professional and Amateur Sports Act (PASPA) of 1992.

While the SCOTUS ruling was welcome by sports betting advocates, its practical effects have yet to be felt in much of the country. So far only three states — Delaware, New Jersey and Mississippi — have joined legal gambling granddaddy Nevada in accepting sports bets.

Not surprisingly, New Jersey has been the most aggressive. The Garden State already was the betting mecca of the East Coast, where Atlantic City has long offered casino gambling.

And just as unsurprising are the efforts by Sen. Frank Pallone (D-New Jersey) to establish federal guidelines on sports gambling. Pallone has for year introduced legislation to overturn PASPA.

GAME changing bill: He did so again on Dec. 4, 2017, the day the Supreme Court heard oral arguments on overturning PASPA. That's when Pallone introduced H.R. 4530, the Gaming Accountability and Modernization Enhancement (GAME) Act.

The GAME Act, according to Pallone, would provide states with the legal framework to adopt sports betting, including online gambling, at their discretion as long as appropriate consumer protections also are in place.

Pallone's efforts generally have been supported by U.S. professional and college sports leagues.

The groups say that while state governments obviously now have the right to determine whether sports betting is OK within their borders, federal standards that apply uniformly across the country are needed to, in their words, safeguard the integrity of college sports and the athletes who play these games at all levels.

Another pro-federal regulation argument also contends that without unified standards, a mishmash of various state sports gambling laws would create chaos for not only the leagues, but also the bettors.

Pallone's bill so far has experienced the same fate as his previous sports betting bills. It's been sitting untouched in the Energy and Commerce Committee's Subcommittee on Digital Commerce and Consumer Protection.

Senate leaders bet on federal framework: But it soon might be getting more attention, and not just because the college football season since the SCOTUS betting ruling is underway. There's also now interest by Senate leaders in establishing federal sports betting regulations.

ESPN's Darren Rovell reports Senate Minority Leader Chuck Schumer (D-New York) has put forth specific suggestions for a federal framework for sports betting. The proposal is in a memo first provided to the cable sports network.

Schumer's suggestions, according to Rovell's report, include:

This, notes Rovell, is the idea that leagues should be paid a portion of bets on their sport as compensation for ratcheting up security associated with sports gambling out in the open.

Leagues have long argued for getting a piece of the betting action through such fees. It would obviously be a boost to their bottom lines.

Sportsbooks and states, however, are not so keen as, among other things, integrity fees would reduce the revenue each entity would receive.

Primarily positive league reaction: Schumer's effort, like those earlier ones in the House, has been welcomed by most of the country's professional sports leagues.

"As legalized sports betting spreads across the states, there is a need for consistent, nationwide integrity standards to safeguard the sports millions of fans love," the statement said. "We strongly support the legislative framework outlined by Senator Schumer and we encourage Congress to adopt it."

The National Football League (NFL) and NCAA also later released a separate statement, in which they said they "applaud the leadership demonstrated by Senators … in supporting federal legislation to protect the integrity of our games following the Supreme Court decision. Core federal standards are critical to safeguarding the sports we love, the millions of athletes across the country who play these games at all levels and our fans."

Not total agreement: The American Gaming Association (AGA), however, is not so taken by Schumer's proposal.

The trade association/lobbying arm of the U.S. casino industry essentially says Uncle Sam should butt out.

"The casino gaming industry shares Senator Schumer's goal in preserving the integrity of sporting events and providing consumer protections. Federal oversight of sports betting was an abject failure for 26 years only contributing to a thriving illegal market with no consumer protections and safeguards. New federal mandates are a nonstarter."

"The casino industry is working with stakeholders to ensure the proper protections for consumers, and the integrity of bets and sporting contests are included in state policy, universally implemented by all operators in those states, and overseen by effective state and tribal gaming regulators."

In addition to Schumer's move to advance legal sports betting in the United States, Sen. Orrin Hatch (R-Utah), chairman of the Senate Finance Committee, also reportedly will be introducing sports betting legislation in the coming weeks.

Will the Senate's participation, along with Pallone's continuing efforts in the House, be enough to finally get some federal action that will advance nationwide sports betting?

It's still a long-shot, but I'd put a small bet on it happening sometime in 2019.

And if I win that bet (you knew this was coming), I'll be sure to pay any tax due.

You should too, even if you're now placing and winning on sports bets through not-so-legit outlets. All gambling proceeds are taxable income. Make sure you report them (which just happens to be this week's Weekly Tax Tip) so you don't run afoul of the Internal Revenue Service.

Taking a football tumble: You also might want to check out my tumblr take on this post at Tumbling Taxes. It features the best, in my opinion, opening Sunday Night Football song: Pink's version!