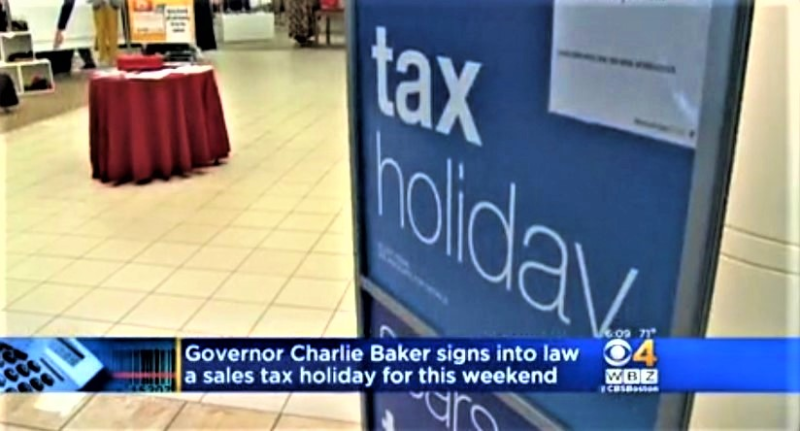 Massachusetts has had a difficult relationship with the sales tax holiday concept. Over the years the Bay State's lawmakers have struggled with the need to retain as much tax revenue as possible versus giving residents (and possible voters) a brief break from taxes on some of their purchases.

The even has been regularly approved one year, only to be dropped the next, with lawmakers often deciding to hold a tax holiday at the very last minute. That's the case this year.

And that means that this week's Saturday Shout Out goes to the State of Massachusetts' FAQ on this weekend's tax holiday.

Much in Mass. tax free-free: Massachusetts shoppers will find plenty of tax bargains today, Saturday, Aug. 11, through Sunday, Aug. 12, as the generous tax-free weekend offers breaks on most retail products.

The state's 6.25 percent sales tax is waived on most retail goods priced at $2,500 or less apiece and which are purchased by individuals for personal, not business, use.

There are, however, some exceptions.

Among the items that still will be taxed even if they meet the price cap are motor vehicles and motorboats.

The Massachusetts Department of Revenue notes that the state already exempts clothing items that cost $175 or less. That price cap remains in effect even during the two-day sales tax holiday.

I suspect that most Massachusetts shoppers won't be buying such expensive pieces of apparel for their school-aged children or themselves these next two days.

But just in case you see, for example, a dress you think will be perfect for your daughter's prom next spring, note that its price could mean you'll still owe some tax.