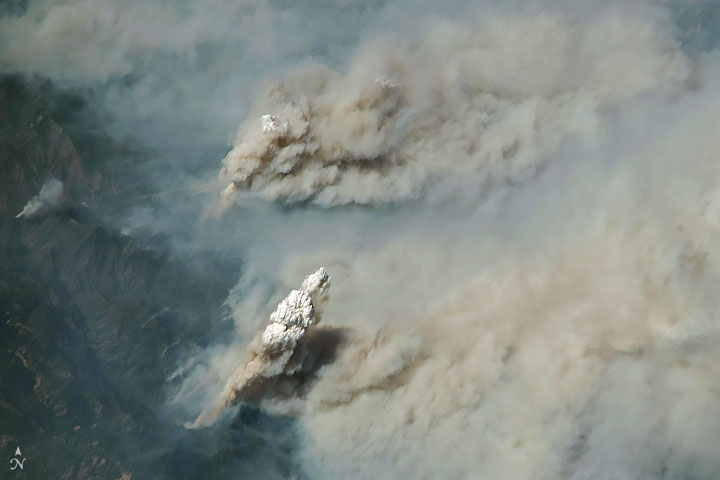 California wildfires that have claimed at least nine lives continue to rage.

The Mendocino Complex fire has surpassed the 2017 Thomas fire to become California's largest fire on record. As of Aug. 7, the fire had charred 460 square miles, an area about the size of New York City.

Meanwhile, the Carr fire near Redding torched more than 1,000 homes, making it the Golden State's sixth most destructive fire on record.

Firefighters are doing their best to douse flames, but they're getting no help from Mother Nature.

The state's drought left vegetation parched, producing ready-made kindling for any spark. Now hot and windy conditions are hampering the efforts of the men and women willing to put their own lives on the line to save others and their property.

Not all heroes drive in fire trucks …

But some California residents at least now are eligible for help from the federal government.

Major disaster declared: The Trump Administration has declared a major disaster in part of fire-ravaged California.

The declaration makes federal funds available to residents of Shasta County, where the Carr blaze has wiped out entire neighborhoods and forced thousands of evacuations.

As for the Mendocino fire, so far the Federal Emergency Management Agency (FEMA) has issued only a fire management assistance declaration, not a major disaster designation.

But FEMA notes on that if and when individual assistance money is approved for the Mendocino fire, details on any relief will be posted on its website. Keep checking. The online information is updated every 24 hours.

Tax breaks depends on declaration: A major disaster declaration is important because, under the Tax Cuts and Jobs Act (TCJA) that took effect this year, it is only in these extreme cases that natural disaster victims can get tax help for their uninsured losses.

When FEMA declares a major disaster, the Internal Revenue Service also typically offers affected residents additional tax relief. That's the case here. The IRS says that certain deadlines for taxpayers who reside or have a business in the Carr fire major disaster area have been postponed.

Specifically, tax deadlines falling on or after July 23 and before Nov. 30 have added time to file affected tax documents. For individual taxpayers who got an extension until Oct. 15 to file their 2017 returns, this means they have around six more weeks to get that paperwork done.

Quarterly estimated income tax payments due on Sept. 17 also are extended until Nov. 30, as are quarterly payroll and excise tax returns normally due on July 31 and Oct. 31. And tax-exempt organizations that operate on a calendar-year basis and had an automatic extension due to run out on Nov. 15 now have an added two weeks to meet that extension.

Finally, if you qualify for the IRS extended filing and payment relief but get a late-filing or late-payment penalty notice, call the telephone number on the notice to have the IRS abate the penalty.

Helping through donations: My heart is breaking for what everyone in the Golden State is going through.

I have family in California. I have friends in California. I've seen wildfires up close, both in Southern California when I took business trips there years ago and here in Texas not far from my own neighborhood.

This is the second straight year Californians have had to deal with devastating fires.

In late 2017, they suffered through what was then the worst fire season (according to CalFire) in state history. Last year's Golden State wildfires killed 44 people, burned more than 500,000 acres, destroyed thousands of homes and cost the state $9 billion in insurance claims.

If you want to help victims of the still-burning latest fires, your best bet is to donate money — either online, by texting or by sending a check — to the two biggest rescue and recovery nonprofits, the American Red Cross and the Salvation Army.

PBS News Hour also has put together a good list of other groups that are helping those who've sustained losses because of the fires.

While I know all y'all give because you're good people and just want to help, since I'm a tax blogger I must remind you that if you itemize, the deduction for charitable donations is still available under the TCJA.

That tax break and heartfelt thanks for your help is the least we and Uncle Sam can do.