Amazon makes money hand-over-fist year after year and that has propelled founder Jeff Bezos to the top of myriad "richest person" lists. But a portion of its success also can be attributed to the billions his company has received in state and local tax subsidies over the years. And that tally will balloon when eventual HQ2 tax subsidies are included. 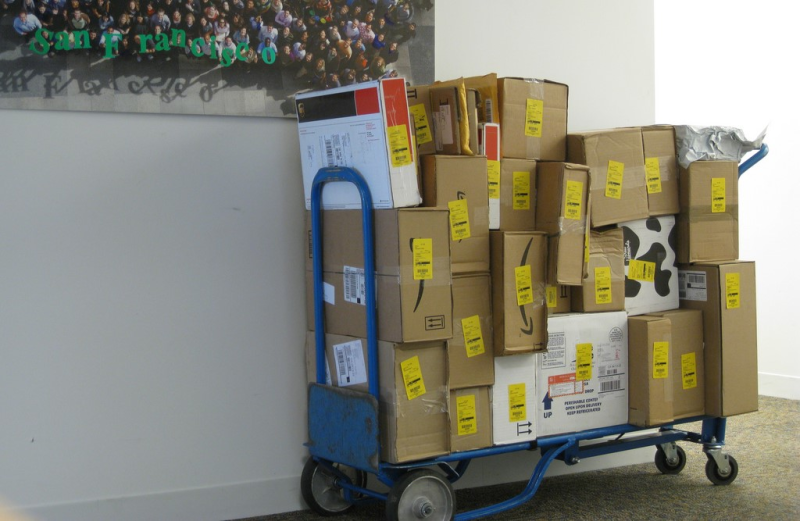 Even at Google in San Francisco, Amazon packages dominate the delivery cart. (Photo by moppet65535 via Flickr CC)

Amazon has been promised or received almost $1.6 billion in subsidies from state and local governments over the last 18 years.

And that money, notes Good Jobs First's Amazon Tracker, doesn't count the anticipated billions that the retail giant will get from the winner (or not, depending on your tax perspective) of the Amazon HQ2 competition.

The precise $1,598,798,442 in tax dollars provided to Amazon since 2000 has been primarily to encourage the world's largest online retailer to locate the physical facilities it needs to deliver Web-bought products to customers across the United States.

The Good Jobs First database includes subsidies provided for Amazon warehouses, data centers and film productions, as well as facilities for its subsidiaries, such as Whole Foods Supermarket, Zappos and Audible.

Thirteen projects have been approved so far in 2018, bringing Amazon's total state and local tax benefits so far this year to more than $220 million.

While more than $200 million in just more than seven months is impressive, I'm giving this week's By the Numbers honor to the nearly $1.6 billion total tracked so far in Amazon et al tax breaks.

More public money for HQ2: The millions and billions in public money for one of the most profitable companies in the world is especially notable as Amazon whittles down its choice of its new second headquarters.

In January, Amazon picked 20 finalists from 238 applications for the 8 million-square-foot facility, dubbed HQ2.

Those short-list locations got a follow-up letter in June telling them that the next new headquarters announcement would occur in a "couple of months."

Final tax bill unclear: Amazon says its HQ2 will provide the eventual host city or county up to 50,000 high-paying jobs and an investment in the winning area of more than $5 billion over the next 15 to 17 years.

Such promises, however, haven't convinced those who generally oppose government subsidies to private business.

They want to know exactly how much the HQ2 winner, or more specifically its taxpayers, will hand out to Amazon.

That's not always clear, both in Amazon's and other similar corporate subsidy situations.

Good Jobs First says that since it starting tracking Amazon subsidies, "we have encountered greater secrecy surrounding tax-break packages awarded" to the company and its subsidiaries.

"This sometimes makes calculating such costs difficult," notes the data tracking website. "Secret project names, non-disclosure agreements, and a reluctance by public officials to fully disclose costs — even after a deal has been awarded — suggests Amazon and public officials know these deals have become controversial."

More and more creative tax money: The controversy was ratcheted up with the massive HQ2 proposal and the details of Amazon's demands.

In order to win, or at least be considered, many applicants offered major tax incentives.

This included $8.5 billion from Maryland, the largest tax break proposed, in order to entice Amazon to put its new facility in Montgomery County. Most of that money, however, would be, according to City Lab, in the form of "paying taxes to the boss" subsidies.

More than half of the Old Line State's inducement — $4.9 billion — would be payments to Amazon of 5.75 percent of every dollar paid in salaries. That percentage rate is Maryland's top personal income tax rate.

So far it's working. Montgomery County made the 20-member short list.