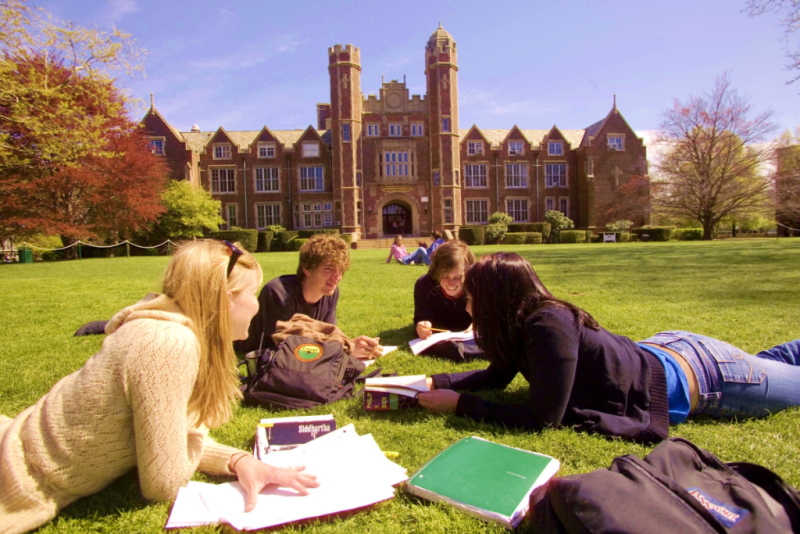 School's starting, meaning parents and students need to study up on how the new tax laws do and don't affect the many tax-favored ways to pay for classes.

We're all still learning about the Tax Cuts and Jobs Act (TCJA) that was passed late last year and took effect, for the most part, at the beginning of 2018.

One area where we all need some tax lessons, especially with the start of the first school year under the new tax law's provisions, is how it affects educational tax breaks.

It does make some key changes to some of the tax breaks that Uncle Sam had provided students and their families. Others, though, it left alone.

Here are 8 ways the TCJA affects how we might pay for school costs, divided into 4 areas that changed and 4 that didn't.

1. More ways to use 529 plan funds: These education savings plans, named after the section of the tax code that created and governs them, have been a popular tax-favored way for families to pay college costs. Under the TCJA, up to $10,000 per student per tax year can be used to pay elementary or secondary school tuition. This includes tuition for public, private and religious schools. Plus, unused 529 plan money can be rolled over into Achieving a Better Life Experience (ABLE) accounts.

2. Certain home equity loans interest deductions are erased: Many families pay for their kids' college by going into debt, specifically by using their home's equity. That's not an option any longer, at least if you did so in part because of the associated tax break.

The TCJA says that interest on a home equity loan that used to pay for anything other than home-related costs is no longer tax deductible. That means no tax break for the home equity loan from tax years 2018 through 2025 that you planned to get in order to pay Jane's or John's (or both!) tuition.

3. Alimony payments soon will be tax-free: Starting in 2019, ex-spouses who receive alimony won't have to report that money as income.

Good for that former spouse, but what does that have to with paying education expenses? Possibly a lot.

The Free Application for Federal Student Aid, known as FAFSA by parents and college students across the United States, takes into consideration parental income information. The removal of alimony from that mix, say college finance gurus, could make it much easier for custodial parents to qualify for need-based aid when filling out the FAFSA.

4. Some discharged student loans are now tax-exempt: Effective at the start of this year, student loan debt that is forgiven (or discharged, if you want to use the formal term) due to death or total and permanent disability (TPD) is now tax free.

This tax exemption applies to student loans discharged from 2018 to 2025.

Under prior law, student loan debt cancellation would have been counted as income for the loan holder. That taxable income treatment remains in effect for most other types of forgiven debt.

And here are four tax things that the new tax law didn't change when it comes to paying for college.

After public outcry and some budget number juggling, Congress relented and retained this tax break, which is part of the group of write-offs previously referred to as above-the-line deductions that are available without itemizing.

This means if you meet the income guidelines, you can claim up to $2,500 of that interest on your tax return.

6. Graduate student waivers remain: In exchange for teaching classes, many graduate students receive tuition waivers from their universities. In discussing the tax reform bill last year, there was some talk of counting those waiver amounts as income. That, however, didn't make it into the new law. So graduate students who get such waivers don't have to worry about them producing a bigger tax bill.

These are better tax breaks than deductions because tax credits offer a dollar-for-dollar reduction of any tax you owe. If a credit is refundable, that means once you use the credit to zero out your tax bill, the excess comes back to you as a refund.

The AOTC typically is claimed by parents of undergraduate students. It offers a credit of up to $2,500 per eligible student, with up to $1,000 of that refundable.

The LLTC can be claimed by any student, even post-college individuals who are taking, for example, classes to improve their job skills. But its wider availability is offset by its slightly smaller tax benefit of up to just $2,000 for eligible costs, none of which is refundable.

This educational benefit, which covers up to $4,000 in college costs, expired at the end of 2016 and did not make it into last year's TCJA.

But thanks to tax magic, and probably a lot of lobbing, the popular tuition and fees deduction was resurrected earlier this year. It was part of a handful of expired tax breaks that Congress in early February tacked onto a budget bill.

The return to tax life, however, was brief. The tuition and fees deduction was available only for the 2017 tax year. In order for it to apply to 2018 taxes, Congress must once again resurrect this (and other expired) tax breaks, presumably in another extenders bill later this year.

Or, depending on the midterm election outcome, as part of the Republican's proposed Tax Reform 2.0.

But that's tax break homework to worry about if or when it happens.

For now, enjoy the start of a brand spanking new school year, regardless of the level of our studies.