If you're superstitious or suffer from paraskevidekatriaphobia, today is not a good day. In case you haven't checked your calendar, it's Friday the 13th.

Even scarier is the reality that any day can be unlucky if you happen to fall for a tax scam.

It's true that most tax crooks use scams to steal your identity and then file fake returns to get fraudulent refunds in your name.

It's also true, though, that these scammers work year-round.

That's why Friday the 13th is a good day to look at 13 scary tax scams that have appeared so far this year.

1. Fake client phishing: Not surprisingly, tax identity thieves got off to a fast start in 2018, with fraudsters posing as potential clients in emails aimed at tax preparers. As with all phishing attempts, the crooks try to trick tax practitioners into opening a link or attached document.

2. Real accounts sent fraudulent refunds: In a novel twist, tax crooks file fake returns using a victim's stolen identity and then send the fraudulent refund to the real taxpayers' bank accounts. The scammers then contact the taxpayers, either posing as an IRS representative calling about a refund error or as an agent of private collection agency going after tax debts. As fake agents, they tell the taxpayer to send the wrong refund amount back to Uncle Sam, that is, to the address given by the calling crooks. As collection agent impersonators, they instruct the taxpayer to forward the money to the fake collection agency.

3. Return preparer fraud: This scam once again made the IRS' annual list of Dirty Dozen tax scams. These unscrupulous tax pros, often known as ghost tax preparers, look to make a fast buck from honest people seeking tax assistance. These often are pop-up tax preparation offices that appear for a few days or weeks then disappear.

4. Fake charities: It doesn't get much lower than using real tragedies to steal money from generous taxpayers, but that's what happens here. Criminal ruses to get ostensibly tax-deductible donations pop up every time there's a major hurricane, flood or other catastrophe, be it man-made or from an angry Mother Nature.

5. Frivolous tax arguments: Some tax laws seem almost comical, but taxes are no laughing matter. Crooks get unsuspecting taxpayers to pay them to file their returns frivolous tax schemes that they promise will help the victims avoid over-paying Uncle Sam. Wrong. If you're part of such a fake tax avoidance plan, you'll owe your original real tax amount and also possibly face a $5,000 penalty for filing a frivolous tax return. 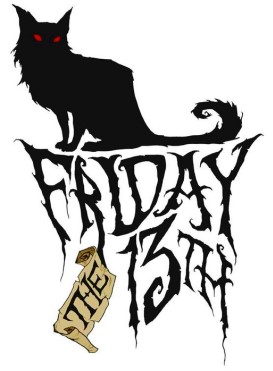 7. Fake form to verify withholding: Here criminals mail or fax a letter to their scam targets, telling them that although they are exempt from withholding and reporting income tax, they need to authenticate their information by entering personal and tax info on the enclosed, phony version of Form W-8BEN and faxing it to the crooks.

8. IRS agent impersonator calls: The Treasury Inspector General for Tax Administration (TIGTA) reports that more than 2 million taxpayers in every state in the country have received calls from con artists claiming to be with the IRS. Unfortunately, victims who fell for the calls paid a total over the last five years of more than $63 million to the crooks. And the criminals are still calling. That's why phone tax scams remain on the annual Dirty Dozen list.

9. Fake professional organizations: In this scam, con artists send phishing emails to tax professionals under the guise of a real tax-related organization. They ask the tax pro targets to update their membership data. The crooks are seeking the tax pros' online usernames and passwords so they can easily access the professional accounts and steal clients' personal data to be used to file for fake refunds.

11. Inflated refund schemes: If you're due a tax refund, you want to make sure it's as much as you're legally due. The key word here is legally. Shady tax preparers, often the fly-by-night ghost preparers mentioned earlier, dupe people during filing season (which runs until Oct. 15 if you got an extension) into making claims for fictitious rebates, benefits or tax credits in order to get bigger refunds. Don't fall for their ploys. If you can't afford a private tax preparer, look into getting  free tax help from IRS-certified volunteers at Volunteer Income Tax Assistance (VITA) and Tax Counseling for the Elderly (TCE) locations nationwide.

12. Padding your income to claim tax credits: More income generally means you owe more tax, so it seems counter-intuitive for folks to make up income to report to the IRS. But there is a tax method to this scam madness. Con artists, usually posting as tax preparers, convince people to falsely increase the income they report so that they can maximize refundable tax credits. One such credit is Earned Income Tax Credit (EITC), where you have to have earned income to claim it. But if you're caught faking your income in order to get a tax break like the EITC, not only will you have to repay the fraudulent refund amount, along with added interest and penalties, but also could face criminal prosecution.

13. Exaggerating deduction amounts: Tax deductions are a popular way to reduce your taxable income and reduce what you owe the U.S. Treasury. And many folks don't need encouragement from con artists to inflate how much they can write off. But tax crooks are well aware of this tendency and, usually acting as unethical tax preparers who get paid based on client refund amounts, encourage filers to inflate their deductions. Common areas targeted for overstatement on Form 1040 are charitable contributions and business expenses.

Be on guard for these tax scams every day, not just on Friday the 13th. And remember that tax identity thieves frequently change their tactics, taking prior scams and reworking them just enough to seem new and legitimate.

Fighting off bad tax spirits (and scams): If you are the target of any of these scams — or new versions that no doubt will pop up, especially now that new tax laws under the Tax Cuts and Jobs Act are now in effect — the IRS (and I) remind you of three things not to do:

Here are three things to do if you're ever targeted by a tax identity thief con artist:

You also should check out these 7 online security tips to protect your data, whether doing some now possibly tax-free internet shopping or filing your taxes.

Finally, be skeptical and trust your gut. If something seems off, step back and investigate.

These tax identity theft scams evolve over time and adjust to tax law changes and events in the news. Each scam attempt, though, is typically a variation on a familiar theme.

So be aware of the tried and (un)true schemes throughout the year and take steps to protect yourself from con artists.

There is another way to double-check the authenticity of an e-mail. Ask the computer to show the email "in plain text" (every e-mail client and web-based e-mail service has that option). "From" e-mail addresses can be faked (and I am sure scammers know how to do that better than you and me), but the real e-mail server cannot; and that information appears in the "plain text" version of the message.

That said, if you see the e-mail coming from "@irs.gov" but the plain text version says the e-mail server is "youreabouttobecammedby.me", then definitely it is a false e-mail.

Item #7 is really interesting to me. I work for one of the big Wall Street banks processing tax forms (including the W-8BEN) and I would really hope that U.S. citizens don't fall for that. I don't wish it on anyone, of course, but...the form literally has "Certificate of Foreign Status" in the title. I know the scammers use high-pressure language and tactics to get you to act NOW, but I really hope that doesn't fool too many people.