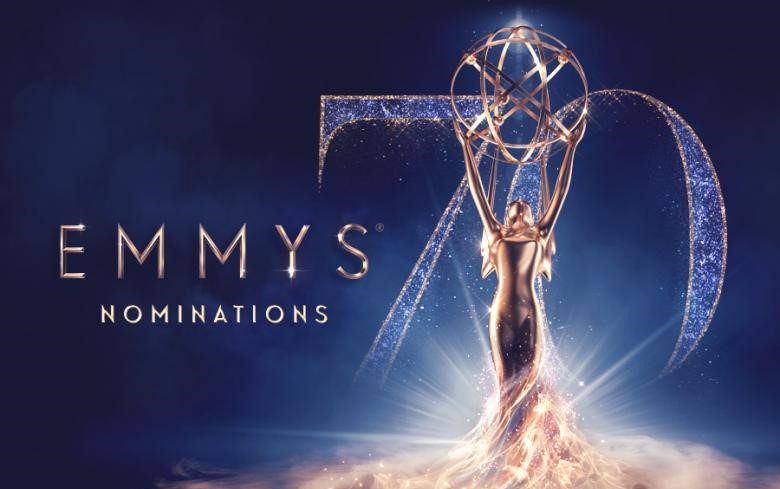 I know a lot of folks, including many of my friends, still look down their noses at television.

But like any creative enterprise, it can provide much more than just entertainment. From the get-go, television has been a reflection of every country's cultural, political and social perspectives.

That's why I always look forward to the annual announcement of the Emmy nominations. (More on this year's prospective winners later. You can take this a threat or promise, depending on your personal opinion about TV and its awards.)

At its most elemental basis, television is a welcome escape from some of those harder, more distressing, cultural, political and social situations we encounter elsewhere every day.

On some of my more difficult days, I totally get why folks take comfort, as one of my relatives admitted, in watching Hallmark's fluffy romances that always have a happy ending. Or turn to one of the many reruns of apolitical programs from years ago that fill up thousands cable hours.

They then pay taxes, federal and in most cases state, on that income.

The often hundreds of people involved in a single show — Have you sat through TV credits lately? Why does Amazon's Sneaky Pete need so many drivers? — also spend money in the locations where their shows are made.

That in turn boosts local economies, meaning more employment (and taxable money) for people not directly employed by the production.

That's the reason usually given by states that provide tax credits to movies, TV shows and even video game producers who are lured there to film or complete post-production work within their borders.

The primary types of production incentives, according to accounting and business consulting firm KPM Film are:

Complicated for productions and states: However, the tax breaks can be complicated. Tax credit treatment varies state to state in terms of refundability, transferability and carry forward availability.

Also, specific requirements can be tricky.

Take, for example, minimum spending requirements by productions. KPM Film notes that many states do not allow insurance premiums to be included with qualified spending so if a production includes a rather large insurance premium with qualified spend, the state or an auditor will flag that expense as unallowable, resulting in a dip below the minimum spending threshold and invalidating the opportunity to claim a credit.

And it's not just state rules. City and other jurisdictions also might have unique requirements.

That's why productions shop around for the best options.

That's also why states come and go in the film tax break world. Some states even decide to end film and TV production tax breaks entirely when it becomes too administratively burdensome for them to get an acceptable return on the tax break.

In extreme cases, the productions cheat, costing states even more as they prosecute the associated tax crimes.

California and New York, along with their major metropolises Los Angeles and New York City, have historically been home to the most productions. They also have offered appealing tax benefits for the shows.

Georgia, however, has made significant inroads. The Peach State's generous tax breaks have turned it into a top production hub.

New Mexico also is high on film and television executives' production site lists. Two of my favorite AMC shows, Breaking Bad (a former multi-Emmy winner) and its spinoff prequel Better Call Saul (not eligible this year, but previously nominated) call the Land of Enchantment home, both in their plots and actual filming.

In fact, Texas' neighbor often serves as a stand-in for the Lone Star State not just because New Mexico has similar terrain, but because of its better tax benefits for TV shows and movie makers.

And now New Jersey is back in the production tax break game.

The Garden State, under the leadership of Republican Gov. Chris Christie, ended its film and television production tax credit in 2016. On July 3 of this year, new Democratic Gov. Phil Murphy signed legislation restoring the tax incentive effective with the 2019 fiscal year.

The new tax credit increases the incentives yearly cap from $10 million to $75 million. Also new is the requirement that a project or series' principal photography start approximately within 180 days of the original date of application or within 150 days of approval of application.

"One of the issues under the previous program was once you (got approved) and put your film in the queue you might not make that film for three years and those funds were therefore tied up" Schoner said.

And although one of the Garden State's most notable, for good or ill, pop culture claims is the MTV reality show Jersey Shore, that production would not qualify under the new tax break rules.

It's not a matter of taste, noted Schoner. Rather, that rebooted production and similar ones will not qualify for funds unless the show’s production company owns or leases a New Jersey-based production facility of at least 20,000 square feet for a minimum of 24 months and invest at least $3 million in the facility, which must be located in a designated urban enterprise zone. (See prior info on complicated requirements.)

New show avenues increase tax, and award, competition: That tax breaks for film and TV productions are back in a better light is not surprising. With all the new avenues for such programs thanks to streaming, more shows are being made.

Whether they all should see the light of day, either on traditional TV or in movie multiplexes, or via our many mobile devices remains the big question.

The short answer is no. A lot of crap is made and broadcast.

But other shows and movies deserve the kudos they get from fans, critics and their professional associations. Which brings us back, as promised or threatened, to the 2018 Emmy nominations.

I was delighted to see Keri Russell and Matthew Rhys earn well-deserved nominations for their lead roles in the final season of the spectacular The Americans on FX. Another of my FX faves, Atlanta, also earned recognition again this year from the Academy of Television Arts & Sciences.

But as is always is the case, the Emmy folks this year again blew the opportunity to shine a light on some of 2018's best shows and performances.

The best performance by any actor in last season's Westworld — actually, the best performance of the HBO show's entire run so far — was by Zahn McClarnon. His character Akecheta, a Ghost Nation host (which is what the androids are called on the show), was featured in "Kiksuya." 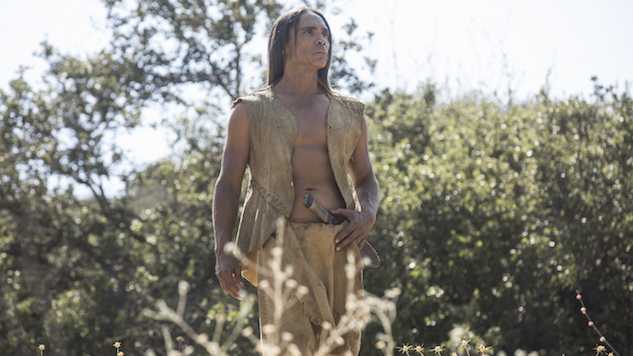 The episode was compelling from start to finish, primarily because of McClarnon's powerful, profound and heartbreaking performance.

And it was ignored, sadly, by the Emmys.