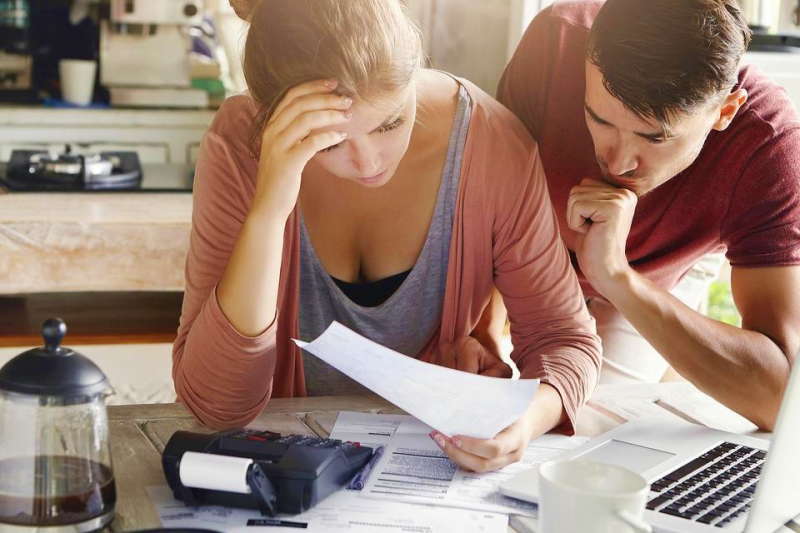 Having the IRS come after you for that money is worse.

Dealing with private debt collectors who've been given your overdue tax account is worst.

That's the perspective of many when it comes to the federal tax collection process.

And now an online war of words has erupted between the National Taxpayer Advocate and a new group created to advocate for private collection of tax debt.

The goals of the 501(c)6 nonprofit (that's the tax code designation for, among other groups, business leagues) include, according to its website, providing information and transparency about the private debt collection (PDC) process.

Assigning overdue tax bills to private collectors took effect, for the third time, in April 2017. This latest effort to get private sector help in bringing in more of the tax money owed Uncle Sam was mandated as part of 2015 transportation funding bill.

And the new niche industry group is not afraid to fight for its place in the tax collection process. To that end, its first move was to go after one of its biggest critics, National Taxpayer Advocate Nina Olson.

Citing the Olson's latest report to Congress, the group accused her of "advancing false and misleading claims" about the private tax debt collection program in order to "advance her own political agenda."

Walter acknowledges that the program, because it is new, has been implemented cautiously and is not yet at full capacity.

Plus, she says, one-time start-up costs for the new program, particularly in the technology, communications and training areas, mean that it is not yet showing positive financial results. That, however, is expected by the program's third year, says Walter.

Olson fires back: Anyone who is the least familiar with Olson knows that she's not one to let things slide. As a former Taxpayer Advocacy Panel member, I got a firsthand look at how dogged she can be.

So it's not surprising that Olson didn't just brush off PTC's criticism. She countered in a July 18 response on the Taxpayer Advocate Service blog.

First off, noted Olson, the group was misconstruing her core concerns.

While she acknowledges her belief that tax collection a core governmental function that should not be outsourced to for-profit businesses, she says her focus in her many required reports to Congress and elsewhere on private tax collection issues has not been on the agencies' practices.

Rather, she notes that she's concerned about IRS policies and administration of the statutory program.

Among those policies are allowances for folks who are well below the federal poverty level's definition of a low-income taxpayer. As part of that consideration, the IRS developed and uses Allowable Living Expense (ALE) standards.

Under these guidelines, the IRS generally will not require the taxpayer to make payments to the extent that doing so would leave the taxpayer with less funds than the ALE schedules provide.

Private collectors, however, don't have such limiting guidelines.

Money vs. taxpayer circumstances: Private tax debt collection supporters argue that the program can bring in tens of billions in unpaid taxes that are on Uncle Sam's books primarily because the IRS doesn't have the resources to go after the money.

But, that's just part of the issue, says Olson.

"While that is true in theory, I believe the fundamental flaw in that argument is this: A large portion of uncollected tax receivables that the IRS does not pursue are likely uncollectible – or should not be collected – because they are owed by taxpayers who can't afford to pay," says Olson.

Both the Partnership for Tax Compliance's arguments for their members and Taxpayer Advocate Olson's response earn this week's Saturday Shout Out.

I'll let you peruse the cases they make on your own this weekend.

Siding with the Advocate: I know that every person who doesn't pay his or her taxes ends up costing all of who do faithfully send our dollars to the IRS every year.

But I'm with Olson in this instance, both from the core government service perspective and the collectability of taxes from financially struggling folks.

If I had to choose between keeping the electricity on or paying the U.S. Treasury, my local utility would win.

Plus, the cost in government terms is relatively negligible. The Congressional Budget Office found that if the low-income taxpayers' overdue accounts were dropped from the PDC program, the net cost would be $51 million over 10 years, or an average of $5.1 million per year.

"These taxpayers can be protected with minimal revenue loss," says Olson.

I remember my days of living on a razor-thin budget. I'm so thankful that I now make enough money to live like I want and pay my taxes, albeit with complaints but without undue financial stress.

And I know that lives and tax situations can change on a dime.

I'm much more irked by taxpayers who, like me, can pay, but go beyond simply taking advantage of legal tax breaks.

This fudging, as well as outright egregious tax evasion in many cases, is a cost that I find more reprehensible and damaging to our tax system.

As an enrolled agent I have had a number of clients (who ended up being pro bone) whose accounts were turned over to the private collection agencies. All of them had already been classified as "currently not collectible" by IRS which means IRS determined they did not have enough income to pay allowable basic living expenses. When IRS determines the taxpayer doesn't have enough income to pay basic living expenses it has to cease collection action. Turning the same accounts over to private collection agencies is simply inexcusable.

I agree that the lower likelihood of being able to collect makes those low-balance accounts less worthwhile to bother with as opposed to going after the ones who can pay but take advantage of the system. Is there a particular income level or rate you favor for this group (like the Buffet Rule, for example)?