Louisiana drops its state sales tax holiday, but 17 others will hold back-to-school no-tax events in 2018

UPDATED to include the Massachusetts' sales tax holiday that was enacted Aug. 10, just in advance of that Bay State's Aug. 11-12 tax-free event.

The annual sales-tax-free events generally billed as back-to-school tax holidays kick off the 2018 summer shopping season this week. There are 17 this year, three in July and 14 in August. 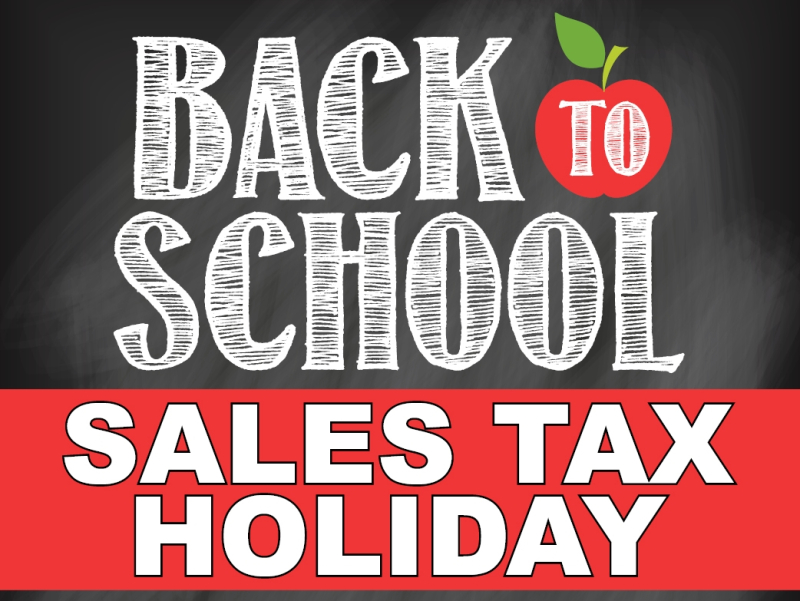 Yes, kiddos, your summer holiday is winding down. Parents and school officials are getting ready for the resumption of classes in, for some jurisdictions, just six short weeks.

That also means that it's time for back-to-school sales tax holidays.

These annual events offer shoppers a chance to purchase many items their children will need, from clothing to books to supplies to computers, when they return to their classrooms.

Bad, but popular, tax policy: In case your state doesn't have one, here's the deal. For a limited time, states reduce or waive collection of their sales taxes on certain products.

In many states, local sales taxes also usually are waived. Some states, however, leave that tax decision up to its cities and counties, which can decide whether to participate of opt out of the tax holiday.

Yes, people simply tend to shift shopping times rather than purchase more. So at best, say tax holiday critics, business tend to simply see a minimal, if any, increase in revenue.

And yes, by not collecting tax, states lose much-needed revenue to pay for their operations, including schools in many instances.

But shoppers, or potential voters as they're known to lawmakers who approve the tax holidays, love the tax-free events.

So around a dozen or so show up on shopping calendars every summer.

Louisiana opts out in 2018: The financial cost to state treasuries, however, can be substantial.

Louisiana, for example, lost an estimated $3 million to $5 million a year to its various sales tax holidays (it held three). Those uncollected millions prompted state lawmakers to do away with, at least for a while, the state's tax-free events.

After three special sessions to deal with the Pelican State's fiscal woes, Louisiana lawmakers ended up cutting the state's tax rate from 5 percent to 4.45 percent, effective this July 1st.

But in exchange for a lower sales tax rate, the state suspended all its sales tax holidays for the next seven years. The first casualty is the state's early August reduced-state-tax-rate holiday on certain school-related items.

That's a bummer for the state's shoppers, since the holiday was one of the more generous.

In prior years, Louisiana cut its then 5 percent sales tax rate to 3 percent during the first Friday and Saturday of August. That reduction applied to all products purchased for personal use that cost, per item, $2,500 or less. Not too shabby for shoppers.

The table below lists the state tax holidays scheduled this summer. The links within the table provide additional details about the tax-saving events.

If your state is still holding a back-to-school sales tax holiday, get ready. Check the events' specifics and make your lists.

Then get to the stores early to make sure that they still have in stock all the tax-free items that you and your children want or need.

UPDATE (and shameless plug), July 27, 2018: Check out Tumbling Taxes, my tumblr blog, for a look at the types of back-to-school shoppers you might see … or be!

Dropping state sales tax holiday may not be a good idea, it will effect many of us.