Fourth of July fireworks, literally and on the tariff front 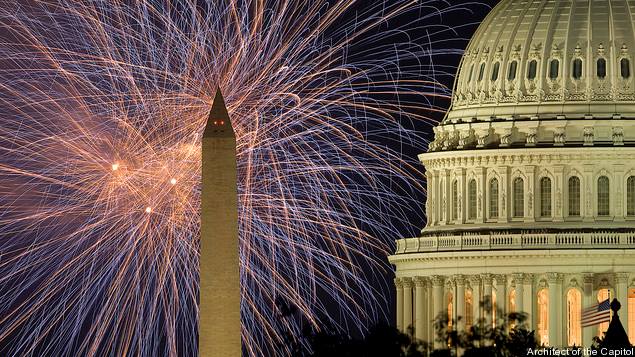 Instead of my usual cup of coffee, I'm celebrating America's 242nd birthday this July 4th with a spot of tea.

Yes, the British beverage and phrasing is intentional, since as we all know, the taxation of tea without representation was the final act of tyranny that sparked the American colonies' revolt.

The passage in 1767 of the Townshend Revenue Act imposed taxes on glass, lead, oil, paint, paper and tea. But while all those other duties were repealed in 1770, the British decided to keep the tax on tea.

Then in 1773 the Brits also enacted the Tea Act, which actually was as much a business decision as a revenue one.

The Tea Act gave the British East India Company a monopoly on tea sales this side of the pond.

Britain's major international export company of yore was in dire need of the government's helping hand. There was the company's huge debt burden, complicated by unstable political and global economic issues.

So, Britain's lawmakers stepped in and the rest, as the saying goes, is history.

Today's tariff skirmishes: Have we learned from that history? Maybe. Maybe not.

As I sip my Earl Gray this morning, I'm seeing some similarities to today's escalating tariff skirmishes, which many fear will escalate into full-blown trade wars, between the United States and, well, just about everybody. 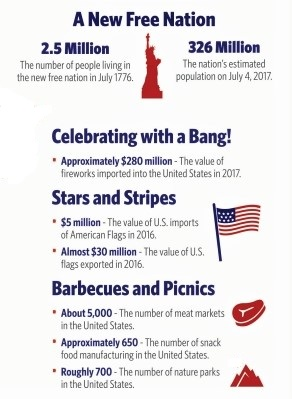 This time, though, the world and its interconnected economies are different.

American cheese makers, for example, are worried that Donald J. Trump's hard line on trade and tariffs could shut them out of growing foreign markets.

Farmers throughout the Midwest are already dealing with the tumbling prices of their commodities. Those prices dropped on just the hint of retaliatory tariffs from Mexico and China.

And the auto industry fears that European car makers' U.S. manufacturing facilities, which just happen to be in deep red states where voters (an no doubt many of the BMW and Mercedes plant workers) supported Trump in 2016, could be hit hard by tariffs.

Chinese fireworks, literally: While the assorted tariff issues are creating their own type of fireworks, those that we literally light up on the Fourth of July also deserve some attention in light of the global economy.

Americans spend more than $1 billion each year on fireworks, according to the American Pyrotechnics Association.

That spending, both by professionals who launch the displays most of us will watch tonight and by individuals wanting to shoot off a few firecrackers (or more) on their own, has been steadily increasing year after year.

And that gives China reason to celebrate on America's birthday. Most of our fireworks come from our major U.S. trade rival.

That's not that much of a surprise since the Chinese invented fireworks in the Tang Dynasty.

"And about 70 percent of the professional display fireworks are manufactured in China," Heckman added.

Lighting up the business bottom line: The reason we import most of our July Fourth firecrackers and the many other assorted pyrotechnics is, as is usually the case in business, money.

"Manufacturing fireworks is very labor-intensive," Heckman said. "As the regulations got tighter and people really aren't interested in making things by hand, it made sense to rely more on China to handle that production."

"Thankfully, the fireworks industry has not been impacted by the tariffs," Heckman said. "We are watching it very, very closely."

Let's hope that all the trade disagreements get worked out soon so that in addition to keeping Americans on the job, when America's 243rd birthday rolls around in 2019 we won't have to worry about having enough affordable red, white, blue celebratory explosives.