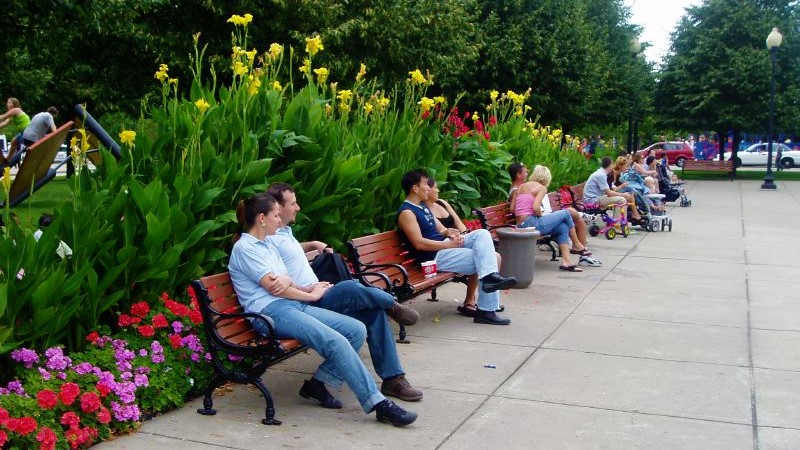 The hubby and I basically have a pretty equal, albeit traditional gender swapped, marriage.

He's more persnickety when it comes to cleaning. So he does much of those household duties, including bathrooms and whole-house vacuuming. I hate that noise, so he vacuums when I'm out; that's one of the reasons I love him!

We split kitchen duties, with the person who doesn't cook dinner doing the cleanup.

We collaborate on investments, deciding how much and where our money goes. As for the day-to-day expenses, I take care of making sure the bills are paid on time.

As for the money to cover those investments and monthly expenses, over the years we've earned roughly the same amounts. Some years, he's brought home a bit more money. Others, I'm the one with the larger final income tally.

Our shared marital responsibilities have become more common, according to a story in today's New York Times.

Money and gender stereotypes: But, notes NYT reporter Tara Siegel Bernard, while gender dynamics have become much more egalitarian over the past half-century, certain attitudes may endure when it comes to men, women and money.

Siegel's piece, which gets this week's Saturday Shout Out, says that while an increasing number of women earn more than their husbands and men are taking on more responsibility at home, the expectation of men as providers persists.

This passage from the article elaborates:

Today, nearly a third of women who are married to or living with a man contribute at least half of the couple's total earnings, according to a Pew Research Center survey last year. By comparison, in 1980, just 13 percent of married women earned more than, or roughly the same as, their husbands.

But seven in 10 adults also told Pew that for a man to be a good husband or partner, it was "very important" that he be able to support his family. Only about three in 10 said the same about women.

Wow. That stuns me. And has me flashing back to a TV commercial from my college days where the actress announces, "I can bring home the bacon. Fry it up in a pan. And never, ever let you forget you're a man."

Once I recovered from that misguide mass media message from my youth, I naturally started thinking about taxes and marriage.

Married joint filing advantages: Like most married couples, the hubby and I have always filed joint tax returns.

The main reason that couples usually opt for one Form 1040 is that it's easier. Rather than divvying up income and expenses and deductions and entering that on two forms, just combine them into one.

Plus, the tax code reduces or doesn't allow some tax breaks if married couples choose to file separate returns. The Earned Income Tax Credit, the adoption tax credit several education tax benefits (American Opportunity and Lifetime Learning credits and the student loan interest deduction) are off the table for separate married filers. The Child and Dependent Care tax credit is reduced. And that's just part of the list.

Then there's the marriage penalty. As noted just last weekend, some couples end up paying more in taxes once they're wed than they would have if they'd stayed single.

Double amounts for marrieds: The Tax Cuts and Jobs Act (TCJA) has helped reduce or eliminate the marriage penalty for most couples, in large part because of the new law's restructuring of the tax brackets.

In the 10 percent through 35 percent rates, the income brackets for married couples under the TCJA are double that of their single taxpaying counterparts.

The married filing jointly (MFJ) top income tax rate of 37 percent, however, kicks in when a couple makes more than $600,000. That top tax rate applies to single taxpayers once they make $500,000.

The House had wanted to keep the doubling system in place, but that was dropped for just a $100,000 jump in the final bill, primarily to help lower the law's revenue costs lower.

We'll see how the Chained Consumer Price Index, which now will be used to figure annual inflation adjustments, will affects these brackets going forward.

Standard deductions also were almost doubled from their pre-TCJA amounts. And the doubling continues. The new standard claim for married couples is $24,000; that's twice the $12,000 standard deduction for single taxpayers.

Same amounts despite filing status: But in some cases, like with the not-so-wide difference between single and married filers' top income tax bracket earnings, married couples don't get a doubling benefit.

Interest on a home loan remains deductible, but the amount of the mortgage that qualifies is reduced. It's now $750,000. And that loan cap applies to both single home buyers and married couples purchasing a property.

Similarly, the state and local tax (SALT) itemized deduction limit is $10,000 per filing. It's not $10,000 apiece for each spouse even when each spouse earns and pays taxes on their separate incomes.

The same 10 grand cap applies to a single taxpayer's Schedule A as well as the one completed by married jointly filing couples, even though each equally earning spouse pays $8,000 in state taxes during the tax year on their separate incomes. The couple loses $6,000 in previously deductible taxes on state taxes alone.

The 3.8 percent net investment income tax, or NIIT, also doesn't double up. It applies when a married couple filing a joint return has modified adjusted gross income of more than $250,000. Individual tax filers, however, can make almost as much — up to $200,000 — before facing NIIT. There are no inflation adjustments for the NIIT thresholds.

Disadvantages instead of doubling: So while some tax provisions double up for couples, others tend to put them at a bit of a tax disadvantage.

Maybe the tax writers still assume that since married couples generally share expenses, they can live less expensively than two single individuals, even if the singles make the same amount of money.

As a long-married taxpayer, I can attest that the two-live-as-cheaply-as-one rationale is outdated, if it ever was true. Two people tends to mean twice the costs.

The more likely explanation is that members of Congress are looking at the country's not the married couples' bottom line. Any tax break for one group of filers means costs to the U.S. Treasury that must be recouped from others or Uncle Sam's deficit will increase.

The accompanying political calculation must determine which group Capitol Hill believes it can collect a little more from without prompting too much opposition.

And that's why married couples get the twofer doubling in some cases but not so in others.

Yes, it's a pain in some tax cases. But would I change my marital status just for a tax break? Nope. I'm more of a romantic than a tax geek, especially when it comes to the hubby.