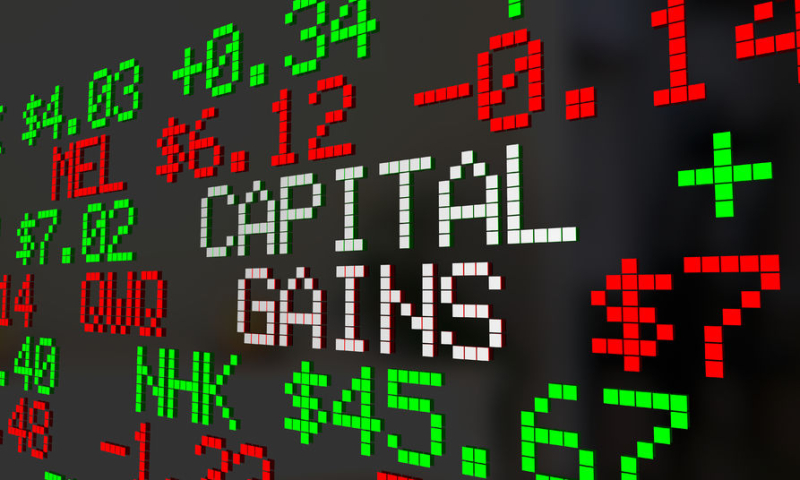 Long-term investors already get a tax break. They pay lower capitals gains tax rates when they sell assets held for more than a year.

Tax and political considerations: Rep. Devin Nunes (R-California) has introduced a bill that would index capital gains to inflation.

The Ways and Means Committee member says his Capital Gains Inflation Relief Act (H.R. 6444) "is a common-sense reform that will remove an unjust tax, contribute to economic growth, and help both large and small investors keep more of their own money."

It's a continuation, Nunes added in announcing his bill, that would continue the tax-cutting trend set in the TCJA.

That extension is expected to get a boost this week as the House tax-writing committee is expected to start phase two of tax reform, or TCJA 2.0 as some call it. Ways and Means Chairman Kevin Brady (R-Texas) is said to be considering adding capital gains indexing to the mix.

House GOP leadership reportedly hopes to vote on the additional tax breaks in September. If more tax cuts are approved by then, that would give Republican representatives up for reelection in November plenty of time to use the legislation on the campaign trail, even if the measure doesn't move as quickly in the Senate, where the idea is facing more opposition.

Pre- and post-tax reform capital gains: The new tax law made a lot of changes, but it left in place the 0 percent, 15 percent and 20 percent capital gains tax rates. There are more, but these three rates affect most investing taxpayers.

Investors now pay lower capital gains taxes on the profit they make on the sale of assets they own for more than a year before selling. These long-term capital gains tax rates also still depend on an individual's earnings.

Under prior tax law, the capital gains rates were based on the investor's tax bracket.

But the TCJA got rid of the previous 15 percent tax bracket, lowered the top rate to 37 percent and adjusted the amounts of money that now falls into seven new income tax rate brackets.

That means the three capital gains tax rates now are based on set income thresholds, as show in the table below:

These thresholds will be adjusted annually for inflation starting in 2019.

The 3.8 percent surtax on net investment income also is still in effect for single taxpayers with modified adjusted gross incomes exceeding $200,000 and couples making more than $250,000.

And the prior holding period remains in the Internal Revenue Code. The lower capital gains tax rates apply only to long-term assets, that is, those held for more than a year.

Accounting for investing inflation: So just what would Nunes' and similar capital gains indexing do to the tax bills for folks who make a profit on their investment holdings?

Under the proposed change, the tax would apply to the difference between what an investor paid for an asset, plus inflation, and the amount for which they sold the holding.

Entin's example in the Tax Foundation's Fiscal Fact No. 577: Getting “Real” with Capital Gains Taxes by Adjusting for Inflation, is accompanied by a table detailing that and other indexed capital gains computations.

Pros and cons of indexing investment gains: Nunes, Cruz and those who support their efforts to index capital gains say the move is a logical extension of the current tax break given committed investors.

The lower long-term capital gains tax rates already reward those willing to take the risk that an investment will indeed be profitable. The inflation computation would ensure that such risks are more appropriately taxed vis-à-vis the risk of tying up their money.

Opponents of the change, however, say indexing capital gains would continue another TCJA trend: providing tax benefits primarily to the wealthy.

They also are skeptical of its purported positive economic effects and point out that the capital gains indexing would increase the already staggering federal deficit.

Those concerns are addressed in a recent Congressional Research Service (CRS) report that said lowering taxes on capital gains through inflation indexing is unlikely to be as effective in boosting economic growth as proponents contend.

The effects of capital gains indexing, according to the report, would depend on a variety of factors, including the choice of the price index, the type of assets covered, whether indexing generates or increases losses, whether the indexing would apply to past and future inflation, and whether indexing would be added to or substituted for current tax benefits.

"This growth effect would presumably occur only if indexing were an addition to current tax benefits and not a revenue neutral substitute," wrote Jane G. Gravelle, a senior specialist in economic policy at CRS. "It is unlikely, however, that a significant, or any, effect on economic growth would occur from a stand-alone indexing proposal."

Gravelle also noted that depending on how the indexing of capital gains is designed, it could cost Uncle Sam between $10 billion and $30 billion a year.

Going the regulatory route: While a House version of indexing capital gains has a better chance of passing, the outlook is not so rosy in the Upper Chamber. The Senate would need 60 votes to pass the bill.

That's why some are suggesting that the U.S. Treasury unilaterally take action and, if the indexing effort stalls in Congress, issue regulations to index capital gains.

While the authority to tax constitutionally falls solely with the House's purview, regulatory proponents point to a 2002 Supreme Court ruling that they say gives Treasury the right to act here.

But, he added, "If we're not able to complete Tax 2.0, then we'll go back to the drawing board and decide whether we want to consider this on a nonlegislative basis."

Mnuchin is clueless. The fact that Devin Nunes is pushing this should disqualify the proposal.

How much of capital gains are actually in taxable accounts? Benefitting who? The TCJA has already proven it was no successful in exploding the deficit but not raising wages. When will we wise up?