4.1% GDP is tied to tax cuts and tariffs 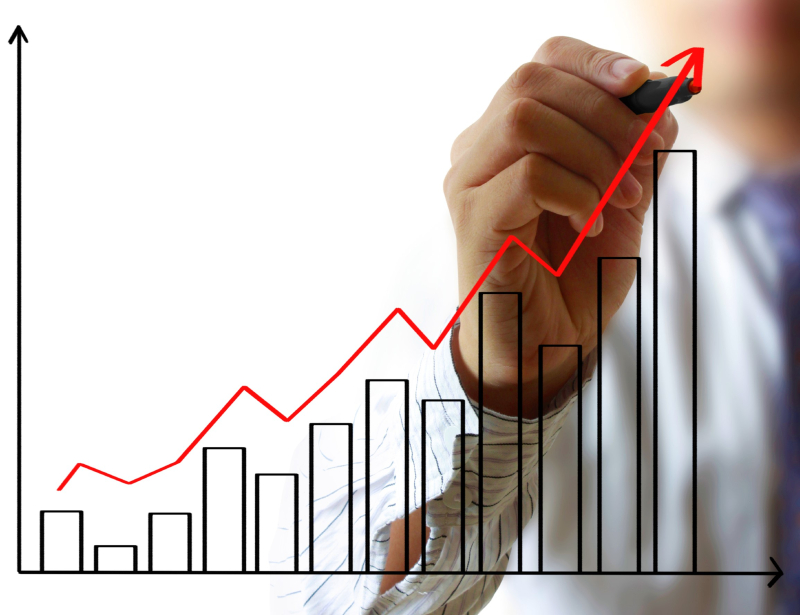 It's called the dismal science, but Donald J. Trump's vision of the U.S. economy was anything but gloomy after the Commerce Department on July 27 reported gross domestic product (GDP) growth for the second quarter of the year was 4.1 percent.

That's a welcome amount of growth based on the economy's broadest measure of goods and services. That's why it's this week's By the Numbers figure.

But, say most of the practitioners of the dismal science, aka economists, let's not get carried away.

They caution that while the latest measure of economic growth is good news for both U.S. businesses and consumers in the short term, the rate is not likely to be sustainable longer term.

There are a couple of reasons to be cautious of the unexpectedly large economic uptick, which, despite 45's touting of it as an historic first, isn't.

As the chart below, created by CBS News based on Bureau of Economic Analysis data, shows, GDP grew at 4 percent of more in four separate quarters once the economy started recovering follow the Great Recession. 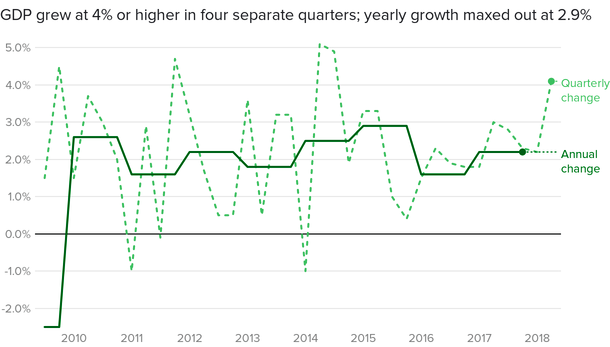 And both of the yellow economic flags now waving are attributable to one-time events created by the Trump Administration's own actions.

Taking tariffs into account: First, there are the tariffs. Economists almost universally agree that the most recent GDP spike was pumped up by these trade actions and continuing threats.

After Trump placed tariffs on billions of dollars of imports, the United States' global trading partners did two things.

They not only imposed their own retaliatory tariffs, but also by bought U.S. goods before the tariffs were put in place so as to avoid the coming price increases.

That created an unnatural spike in those sectors, accounting for a 9.3 percent increase in exports in the second quarter.

When this happens, many say the full year's economic growth rate should settle in at around 3 percent. Which isn't bad, but it isn't what Trump and the GOP had promised during the campaign.

And if the trade and tariff situations aren't worked out soon, the instability and potential full-fledged trade wars could cause this current good economic news to quickly crumble.

Part of the good GDP numbers for the second quarter was increased personal and business spending. That's exactly what Trump and the GOP predicted would happen when the new tax laws took effect.

Sen. Orrin Hatch (R-Utah), chair of the tax-writing Senate Finance Committee, joined Trump in celebrating the most recent GDP numbers and their connection to tax law changes via a Tweet.

But the size of the recent TCJA-spurred spending spikes, especially by the few companies that invested in equipment rather than buying back their stock, are likely aberrations.

Even individual consumers, who found the tax cuts meant more to spend each paycheck, are not expected to keep buying at the 4 percent rate, the biggest increase since 2014, reported this spring.

Rising interest rates and higher fuel prices are likely to slow the pace of overall spending.

Still, 4.1 percent is good. So let's enjoy it while we have it. Even if the third and fourth quarters aren't quite as large, growth is growth. I'll take it any day over the alternative.