Taxpayers from three hurricane-affected U.S. islands must file their 1040s — and possibly Form 8898 — by this Friday, June 29. If that's not possible, these affected U.S. residents still can file for an extension by tomorrow to get three and a half more months. 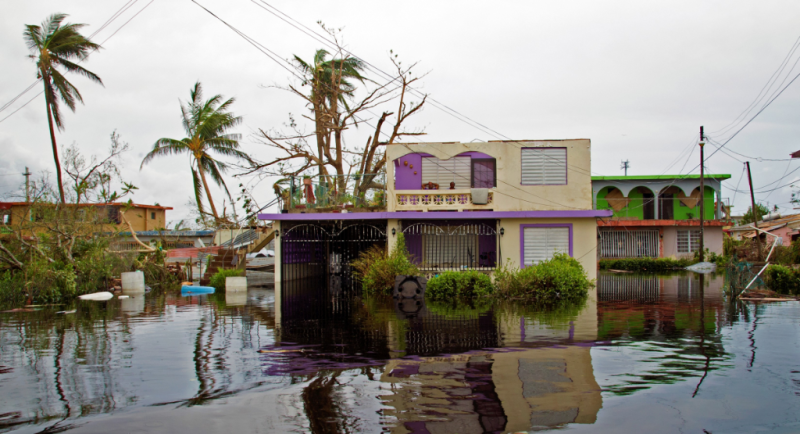 The community of Miñi Miñi, Puerto Rico, was flooded after the Carraizo Dam released water to deal with the deluge from Hurricane Maria.  The category 4 hurricane tore through the U.S. island territory on Sept. 20, 2017. (Photo by Yuisa Rios/FEMA)

Sorry for the late alert U.S. taxpayers who are residents of the country's islands, but tomorrow is your deadline for filing your 2017 tax returns if that process was delayed due to tropical storms and hurricanes.

June 29 is the due date for residents of Puerto Rico (PR), the U.S. Virgin Islands (USVI) and American Samoa to get their 1040s submitted.

If you left your storm-damaged homes for the U.S. mainland, this special extended filing deadline is available to you, too.

Added territorial tax form: In those relocation situations, however, the Internal Revenue Service notes that residents of these three island territories who have permanently settled on the U.S. mainland because of, in the cases of PR and USVI residents, Hurricanes Maria and Irma last fall and Tropical Storm Gita for American Samoans in February, could face some extra filing work.

These taxpayer may need to file Form 8898, Statement for Individuals Who Begin or End Bona Fide Residence in a U.S. Possession, along with their Form 1040 or Form 1040NR.

If you are or were a resident of these three storm-affected U.S. territories, you can file for an extension — that's done by submitting Form 4868 — by tomorrow to get until Oct. 15 to file your tax return and Form 8898.

The IRS also says that filers who meet tomorrow's deadline won't face any interest charges or late-filing or late-payment penalties.

The IRS provided federal income tax return filing and penalty relief to anyone whose mailing address is in Puerto Rico, the U.S. Virgin Islands or American Samoa. If you're an eligible hurricane and tropical storm victim with a mailing address elsewhere, you can also obtain this relief by calling the IRS disaster hotline toll-free at (866) 562-5227.

When an 8898 is necessary: The Form 8898 requirement applies based on your income and time away from your normal tax residence.

The IRS wants the form if your total gross income is more than $75,000 for the year and you either ceased to be or became a bona fide resident of a U.S. territory during 2017.

Married couples also note that each affected spouse is responsible for filing a Form 8898. Similarly, the $75,000 income threshold applies to each spouse separately.

This is not a special document due to last year's horrid hurricane season.

While residents of Puerto Rico, U.S. Virgin Islands and American Samoa who in 2017 left their homes are getting a lot of attention, any U.S. possession resident who changes tax residency generally must file this form. That means it also applies to residents of the American territories of Guam and the Commonwealth of the Northern Mariana Islands who relocate during a tax year for whatever reason.

Residency requirements: Bona fide resident status matters because special tax rules may apply to anyone who is a bona fide resident of a U.S. territory, as opposed to residents of the 50 U.S. states and the District of Columbia.

Generally, you're a bona fide resident of a U.S. territory if you:

As for the time spent in the territory, the IRS notes that Puerto Ricans and U.S. Virgin Islanders who temporarily left due to the hurricanes that raked those islands but who have already returned to the territories, or plan to do so, generally will not need to file Form 8898. That's because under special relief, none of the time between Sept. 6, 2017, and May 31, 2018, counts as time away from the territory.

The bottom line is that you are, for tax purposes, a bona fide territorial resident if you typically live and work in the U.S. possession and spend most of your time there. Note, though, that special residency rules apply for active duty U.S. military members and their civilian spouses.