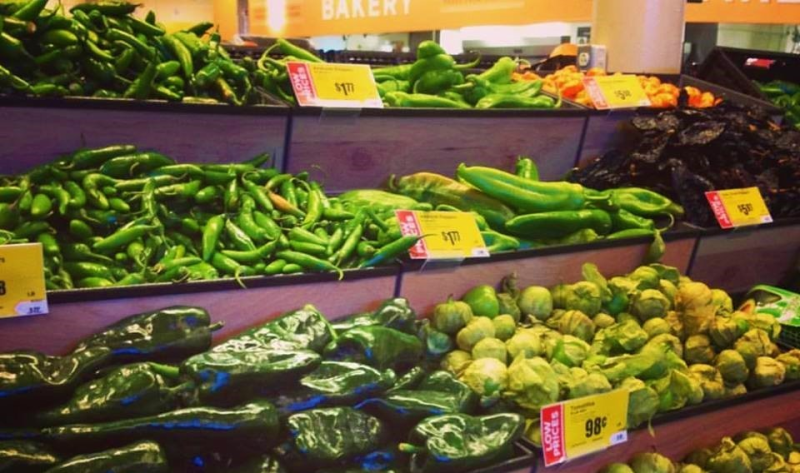 The fresh pepper section is always my first stop at my local H-E-B grocery store. Most of these delectable edibles come from Mexico.

There was, of course, the on-off-on-again (and potentially taxpayer costly) Singapore Summit with North Korea. While I'm all for working to keep Kim Jong Un from reverting to his nuclear missile happy persona, my Texas neighbors and I were focused on another global matter.

Yep, I'm talking about Trump's statement that he'd like to scrap the North American Free Trade Arrangement, or NAFTA, followed by his tariff actions to hasten that goal.

I am in no mood to deal with anybody who wants to disrupt my flow of chili peppers. Or avocados. Or Mexican beer. These are my grocery staples, and they — and more items in my cart — arrive on my Austin area grocery shelves from producers south of the border.

If the prices for these Mexican grown and made products go up as part of what's looking like a trade war, I and other shoppers definitely won't be happy.

I'll pay the higher trade retaliation prices up to a point. But it'll tick me off, both when I hand over more dollars at grocery checkout and when I go to the polls in November to vote against lawmakers who let this happen.

Trade war ahead? Typically, tariffs are used to get a country's attention and urge, prompt and/or force it to change its behavior.

In this case, Trump says the steel and aluminum tariffs that soon will hit U.S. allies Canada, Mexico and the European Union are necessary to end those nations' unfair trade advantages.

Initial reactions by the affected countries seem to indicate that they aren't budging. In fact, things look to be escalating.

All have announced "equivalent measures" they will impose on U.S. products. And the targets aren't just industrial products. Consumer items also made the retaliation lists. 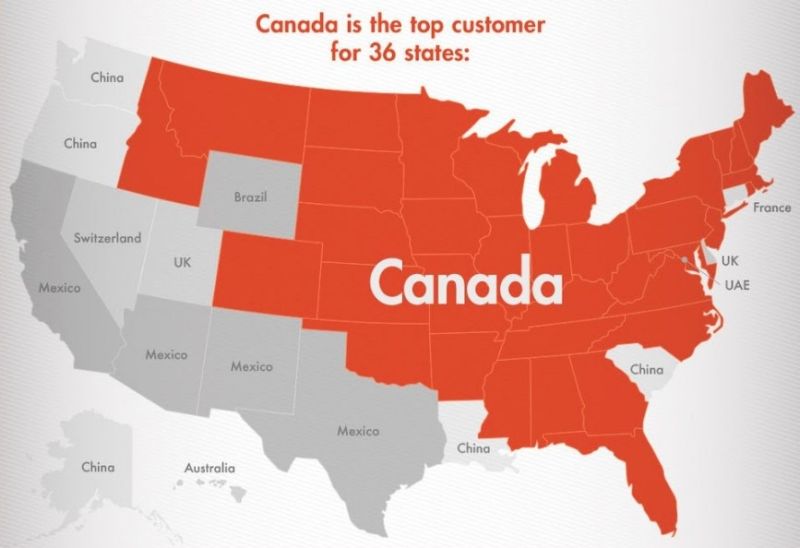 As the map above indicates, Canada has the most leverage. However, the other NAFTA partner Mexico will exact a price, as will other current trading partners around the globe.

Tariffs and taxes: The potential for a trade war also was a topic on American Public Media's daily business radio program Marketplace.

As the daily business radio program notes, tariffs essentially are taxes. Or, as I groused about in connection with my grocery shopping, tax hikes. This happens when tariffs are slapped on consumer products or the material use to make those items, because that new cost typically is passed along to consumers at the cash register.

If the tariffs and counter-tariffs continue, there's a good chance that the trade-induced price increases will offset whatever benefits U.S. taxpayers have received from the Tax Cuts and Jobs Act's lower tax rates.

That connection of trade and taxes is why Friday's, June 1, episode of Marketplace, specifically its opening segment on rekindled fears of a trade war, gets this week's Saturday Shout Out.

A side shout out also goes to Marketplace host Kai Ryssdal's Twitter chat where he answered folks' questions about tariffs.

And now I'm outta here. I'm heading to the grocery store to stock up, where feasible, on some of my favorite products before their prices skyrocket as part of a trade war.