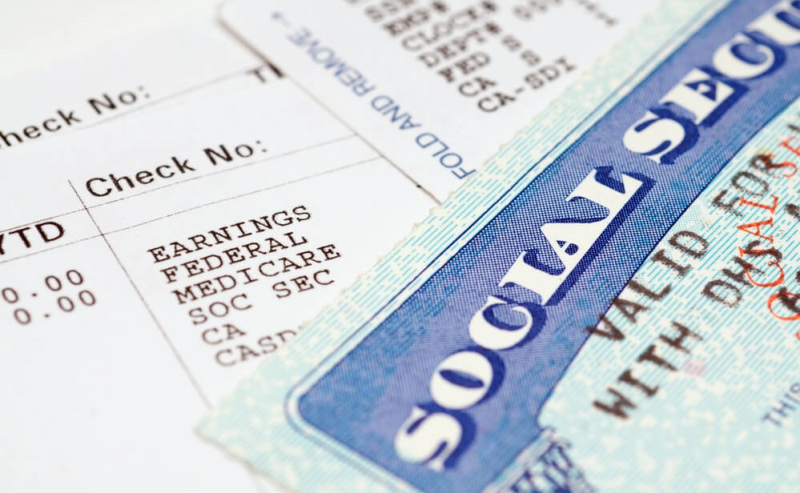 The hubby and I, like every other person, are getting older every day. That means we're getting closer to claiming Social Security and Medicare benefits.

Two recent reports on the status of those federal programs make me glad to be closer to our collection dates. Both Social Security and Medicare, according to the programs' trustees, will run out of money to pay beneficiaries in 16 years and 8 years, respectively.

At least the grayer-every-day hubby and I will get some of the full payouts. Sorry about all you youngsters!

OK, I'm really not that selfish. But we are a bit disconcerted about what these projected shortfalls might mean to us.

We've saved for retirement so we won't be totally dependent on Social Security. However, we are/were counting on it as a nice supplement.

Medicare, on the other hand, is a critical part of our retirement plans. We've budgeted some for medical coverage in our old age, but we are/were planning mostly on Uncle Sam's help with our doctor visits.

Political hot potato: House Speaker Paul Ryan (R-Wisconsin) has been harping on the need to revamp Social Security and Medicare since he came to Congress almost two decades ago.

But despite his efforts, Ryan's had little success in dramatically changing what he refers to as entitlement programs. And since he's retiring at the end of his current term, he's running out of time.

Ryan has expressed interest in making one more go at Social Security and Medicare to, in his words, make it stronger so that it's available longer for more Americans. But in an election year, especially a midterm where older voters are the most reliable voters, he'll face considerable pushback from not only the electorate, but also his colleagues.

As for what might happen to the programs after the coming election will depend on the eventual tally of November's votes.

Some Republicans say they'll continue Ryan's entitlement reform crusade after he's gone. But if the GOP loses its House and/or Senate majority, that would be more difficult.

Counting on tax change help: Meanwhile, the Trump Administration says things are that dire for Social Security and Medicare, thanks in part to the recently enacted Tax Cuts and Jobs Act.

Let's hope that does happen, not just for my future retirement purposes, but for the country's overall well-being, too.

Still, I'm not convinced that there will be enough in FICA, the acronym for the Federal Insurance Contributions Act payroll taxes that go toward these two plans.

More than 60 million people already are on Social Security, Medicare or both. Together, the programs account for about 40 percent of all federal spending.

Then there are the United States' demographics. The number of young workers to pay into Social Security and Medicare has for years been decreasing even as more older folks sign up for the federal programs.

How the benefits are funded: Right now, FICA collections come from workers and are matched by their employers. If you're your own boss, you pay similar self-employment taxes for these programs.

Each worker pays a 6.2 percent Social Security tax and, as noted, that percentage is matched by their employers. This means 12.4 percent of your income goes into the fund for this retirement benefit.

Adding the two programs' tax rates, which even I can do without a calculator, brings the FICA collection rate to the aforementioned 15.3 percent.

A bit more for Medicare: The creators of the Affordable Care Act, or ACA and still known as Obamacare by its critics and fans, took note of the impending shortfall and included a provision to help address it.

That helps, as does the fact that everyone's earnings, no matter how much or how little, is subject to the Medicare payroll (or self-employment) tax.

Wealthier workers don't have to pay this part of FICA on all their earnings.

Each year, the Social Security Administration adjusts for inflation the amount of income upon which workers owe the 12.9 percent combined payroll tax.

That means folks who this year make more than $128,400 won't owe the Social Security tax on the money they make over that limit.

Nice payroll tax free work if you can get it.

Ending or upping the cap: Over the years, many lawmakers have suggested eliminating the Social Security wage cap or at least bumping it up substantially to increase the amount of tax going into the program's trust fund.

I'm a fan of this change. By making the Social Security tax like the Medicare tax, that is, doing away with the earnings limit, Uncle Sam could keep the tax rate lower and still collect more tax.

A 2010 Congressional Research Service (CRS) study offers data to support such a move. The eight-year-old numbers are dated, but the methodology remains sound:

Raising or eliminating the cap on wages that are subject to taxes could reduce the long-range deficit in the Social Security Trust Funds. For example, if the maximum taxable earnings amount had been raised in 2005 from $90,000 to $150,000—roughly the level needed to cover 90% of all earnings—it would have eliminated roughly 40% of the long-range shortfall in Social Security. If all earnings were subject to the payroll tax, but the base was retained for benefit calculations, the Social Security Trust Funds would remain solvent for the next 75 years.

Plus, noted the CRS analysts, the different income bases for contributions and benefits tends to weaken the link between the taxes workers pay into the system and the benefits they receive.

Political roadblocks: The current Congress is all about tax cuts, especially for wealthier individuals, so I don't see any change to the Social Security this happening right now.

But as more folks join the hubby and me on the road to older age, this suggested Social Security tax change is one that's going to come up more often.

In the meantime, if you can sock away any extra for your post-work years, start doing so. Now.

I agree that Social Security and Medicare are insolvent. Eliminating the wage cap is not effective. Elimination would mean that 7% of the wage earners would be affected and thus would be expected to aid the other 93% "to help" make the system solvent. Easy to have some one else make the system better but not include everyone?. Besides, SS contributions are tied to benefits, therefore eliminating the cap also would eliminate the max benefits down the road and more would be paid out for those high earners. The way to solve the problem for both SS and Medicare is increase the age to get full benefits. Everyone needs to have skin in the game. Full SS benefits at 69 and eligible to start Medicare at 67 would go a long way toward solvency and would recognize the increased life span since inception.