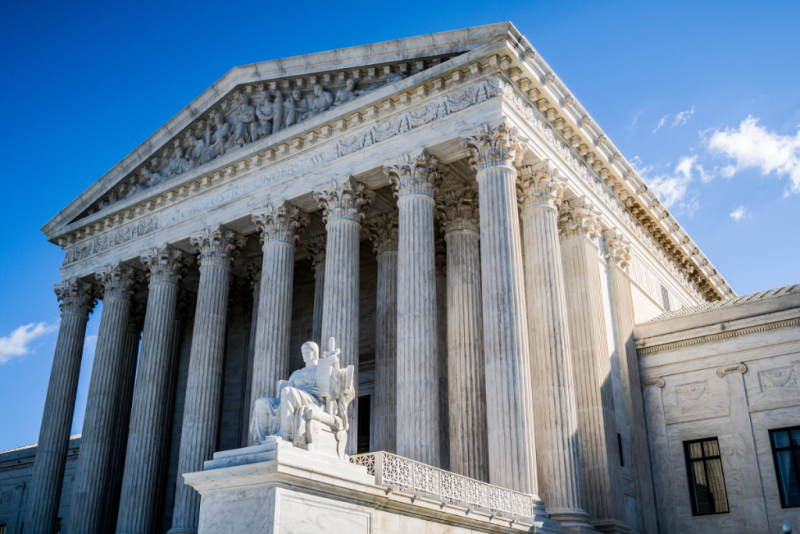 Sorry most* U.S. shoppers. Whether you buy from your main street brick-and-mortar retailer or your favorite cyber mall, you're probably going to owe sales tax.

Sorry, too, many U.S. businesses that rely on online, catalog and phone sales. You're going to have to devise ways to collect and remit sales tax (or at least report) on your remote transactions.

The Supreme Court of the United States (SCOTUS) today ruled in South Dakota vs. Wayfair that the nexus standard established in 1992 by the High Court's Quill vs. North Dakota decision is "unsound and incorrect." Quill said that sellers didn't have to collect sales tax unless they had an actual physical presence in the states that levied sales tax.

That worked for a while. Then along came the internet.

Online shopping popularity growing: Shopping has forever changed. Consumers spent more than $453 billion on the web in 2017, according to U.S. Department of Commerce data. That was 16 percent increase over 2016's almost $391 billion in online sales and the highest growth rate of remote purchases since 2011.

The associated sales taxes, both collected or that escaped state and local tax department clutches, also is in the billions.

That trend is expected to continue. That's why many state tax collectors have argued in recent years that they need laws that reflect the new reality of shoppers nowadays purchasing goods far, far from their tax homes.

Five of the nine U.S. Supreme Court justices agreed. And the other four who dissented in South Dakota vs. Wayfair agreed that the interstate remote sales tax system is broken, but they don't think this instance is the best way to handle it.

Uh, hello, Congress. I think it's your turn to finally step up.

Killing Quill: At issue in today's Supreme Court ruling was a Mount Rushmore State sales tax law, which was to have taken effect May 1, 2016, that requires certain remote sellers, based on sales numbers or the dollar amount of sales, to collect and remit sales tax to the state whether or not they have a physical presence there.

The case moved through the legal system with lower courts ruling for the companies, led by Wayfair, protesting the South Dakota sales tax law because the prior Quill standard remained in place.

The Court decided 5-to-4 to kill Quill.

Thomas and Gorsuch, who before joining the High Court concurred with a unanimous three-judge panel that upheld Colorado's so-called tattletale remote sales tax law, wrote their own separate concurring opinions.

Chief Justice John Roberts dissented, along with Justices Stephen Breyer, Sonia Sotomayor and Elena Kagan. They agreed that the Court got it wrong in Quill, but contend that Congress should fix the interstate sales tax law.

The nexus requirement, Kennedy added, "both as first formulated and as applied today, is an incorrect interpretation of the Commerce Clause. … Quill is flawed on its own terms."

As for the South Dakota challenge to the 1992 standard, Kennedy said:

"…South Dakota's tax system includes several features that appear designed to prevent discrimination against or undue burdens upon interstate commerce. First, the Act applies a safe harbor to those who transact only limited business in South Dakota. Second, the Act ensures that no obligation to remit the sales tax may be applied retroactively. … Third, South Dakota is one of more than 20 States that have adopted the Streamlined Sales and Use Tax Agreement. This system standardizes taxes to reduce administrative and compliance costs: It requires a single, state-level tax administration, uniform definitions of products and services, simplified tax rate structures, and other uniform rules. It also provides sellers access to sales tax administration software paid for by the State. Sellers who choose to use such software are immune from audit liability. … Any remaining claims regarding the application of the Commerce Clause in the absence of Quill and Bellas Hess may be addressed in the first instance on remand."

Bellas Hess, the other decision cited by Kennedy, was a 1967 case in which the Supreme Court held that the Due Process and Commerce Clauses of the United States Constitution barred states from requiring remote retailers with no physical presence in a State to collect and remit sales tax. Twenty-five years later, Quill affirmed Bellas Hess.

Not so fast: The Chief Justice in his dissent agreed that the original nexus case "was wrongly decided, for many of the reasons given by the Court."

But arguments to overturn prior law because the "Internet's prevalence and power have changed the dynamics of the national economy" are, wrote Roberts, "the very reason I oppose discarding the physical-presence rule."

Roberts continued in his dissent:

"Ecommerce has grown into a significant and vibrant part of our national economy against the backdrop of established rules, including the physical-presence rule. Any alteration to those rules with the potential to disrupt the development of such a critical segment of the economy should be undertaken by Congress. The Court should not act on this important question of current economic policy, solely to expiate a mistake it made over 50 years ago."

That's the sentiment of many who oppose the South Dakota tax and legal challenge.

"Congress must act fast to pass legislation that will create a national standard to clear up any confusion surrounding online sales tax collection and remittance. A patchwork of thousands of state and local online sales tax laws is difficult to navigate and especially burdensome for the small businesses that generate so much of our economic growth. Congress is best equipped to determine how states and localities can reasonably ask online sellers to collect and remit sales taxes on goods and services sold in their jurisdictions. Legislation from Congress is the best path forward to ensuring a competitive online marketplace that does not disadvantage U.S. companies, especially those small businesses that depend so heavily on the internet to sell their goods and services."

More state considerations: So what now? Will states continue to deal with remote sales taxes on their own? Or will Congress finally, as many are urging, get involved in the remote sales tax issue?

Those are the big, and still unclear, questions.

So far, 31 states now have laws taxing internet sales. Today's Supreme Court decision will have those lawmakers looking at how their remote sales tax collection rules compare to South Dakota's, which for now will be the standard.

Specifically, the states will focus (or should) on Kennedy's note that South Dakota's remote sales tax law minimizes, rather than complicates, the burden on interstate commerce. That's the model that other states should aim to reach in case their laws are (probably) challenged.

Enter Congress, or not: As for Congress, Wayfair could be the impetus to get the House and Senate to finally act.

Over the years, both Capitol Hill chambers have been unable to come to a consensus on various versions of federal interstate sales tax treatments.

Rep. Bob Goodlatte (R-Virginia), retiring chair of the House Judiciary Committee, has his own bill that would make the sales tax a business obligation rather than a consumer obligation. The tax would be collected based on the tax rate where the company is located, but the revenue would be sent to the jurisdiction where the purchasing customer lives.

Bottom line is that if your state has a remote sales tax law in place, things are likely to continue until we get further clarification — and I use that term reservedly when it come to Washington, D.C. — from Congress.

It's appended to most because there are five states that don't collect sales tax. They are, heading west to east, Alaska, Montana, Oregon, New Hampshire and Delaware. Alaska, however, lets its lower jurisdictions collect sales tax is they and their local voters wish.

You shoppers in those sales tax free five states, carry on as we in the other 45 states and District of Columbia who are or will be paying more on our online purchases quietly curse you under our breath!