New postcard-sized tax Form 1040 is not so simple

The new postcard-sized Form 1040 isn't nearly as pretty as the vintage Austin, Texas, postcard, reproduced as a mural in the Lone Star State's capital city. The tax postcard also isn't nearly as simple as its smaller size — or the Republicans who've long promised it — would have taxpayers believe. 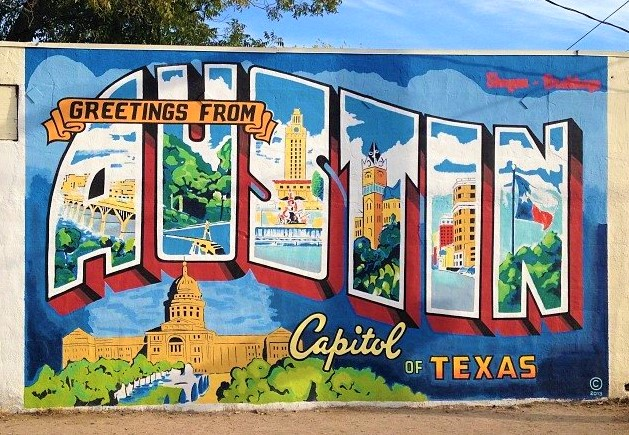 The good news about the new postcard-sized Form 1040 is that it is, as promised, smaller.

The bad news is that in condensing the form, the Internal Revenue Service removed many popular above-the-line deductions that survived the actual new tax law itself.

That's the word from The New York Times, which on Monday, June 25, obtained a copy of the GOP's highly touted postcard-sized tax return.

The omission of tax return lines that filers have used for decades means, as NYTimes reporter Jim Tankersley notes, that taxpayers will be forced to search for the deductions and tally them on one of six accompanying work sheets.

Change isn't always better: When Treasury Secretary Steven Mnuchin announced the radical revamping of the 1040 last week, he touted the reduced-size form as a time-saving change created by the Tax Cuts and Jobs Act.

But judging from the Times' sneak peek at the form, it looks to me like the proposed tax return revisions will benefit tax software companies or tax professionals more than individual taxpayers.

That's also the take of Democrats, who say there's nothing in the draft form, by itself, that will simplify tax season for most filers.

Rep. Lloyd Doggett (D-Texas), top Democrat on the House Ways and Means Subcommittee on Tax Policy, told the newspaper that the new 1040 "only adds needless complexity and confusion. The longer Form 1040, which all taxpayers have used for decades, is being replaced with Republican mythology that will only complicate tax filing."

Not just the 1040, but A and EZ, too: If you think you can avoid the hassle of new added worksheets by simply using one of the other two tax returns, the 1040A or 1040EZ, think again.

Tankersley says that "a person with knowledge of the new form" told him that the new postcard 1040 will replace not just the long 1040, which has been around since the dawn of the (sort of) modern tax code in 1913, but also the slightly shorter 1040A and the 1040EZ, which was created for folks with, as the name indicates, easy tax situations and no dependents.

Envelope required: Finally, about that postcard tax return. It's not really one.

If you're generous, you could describe it as an over-sized souvenir postcard. The proposed new 1040 is about half a regular page, with tax lines to be completed on both sides. Obviously, it's not designed to be used as a real postcard.

So, if you're a committed paper return taxpayer, you're going to have to put this relatively smaller 1040 into an envelope and use a regular first-class Forever stamp to get it to Uncle Sam's tax collector.

When the IRS does release its draft 2018 Form 1040, which Mnuchin said would be this week, I'll do a more in-depth look at the new form. Until then, check out the Times' preview.

Federal Tax Table has 12 pages, which is used to find income taxes for taxable incomes not over $100,000. Here is a tax simplification at http://taxsimplecenter.net/federal-tax.html After the tax simplification, a postcard tax return form may be possible simply without the 12-page Tax Table.

I always paper file because an e-file return is not a FAX. An efile return has data in it that is not printed on a paper return.

The new attachments organizes the data flow. With the doubled standard deduction, there will be far less itemizers. So it is simplified form 1040

True, Warren, that the IRS must enter in paper tax returns. That's why it encourages, and in many cases forces, taxpayers to efile. But the option by taxpayers to submit those old-fashioned returns remains. For now. Kay

If you're a "committed paper return taxpayer", you're fooling yourself.

Every return is e-filed.

Send it in by paper? Some poor schmuck transcribes it so it can be e-filed.