Some couples, whether wed in June or other months, could face a marriage tax penalty 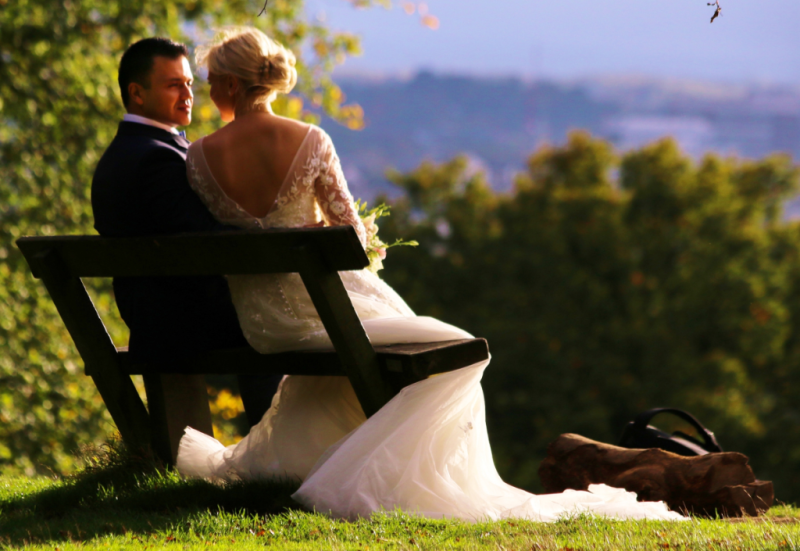 Taking a post-vows moment. (Photo by Barney Moss via Flickr)

If you were a June bride or groom, congratulations! My best wishes also go out to folks who wed in any other month.

I've been a wife a long time and I highly recommend matrimony.

You've got someone who, as most vows still say, will be there for all the good and bad times. Plus, you've got a built-in excuse for getting out of things you don't want to do ("So sorry, but we can't make it. The hubby has to work.").

There also, as I've noted numerous times here on the ol' blog, tax ramifications of being married.

Wedded tax penalties and bonuses: One tax matter that's been of concern for couples for ages is the potential marriage penalty.

A marriage penalty occurs when a pair combines all their income on one Form 1040 and it produces a bigger tax bill than if the duo had filed as two single taxpayers and then totaled those individual tax obligations.

On the other hand, some couples get a marriage bonus.

As that name indicates, these married folks find that their joint filing saves them tax dollars. A marriage bonus typically shows up when there's a large difference in spousal income.

New laws, old penalty: The Tax Cuts and Jobs Act (TCJA) affects the marriage penalty as the infographic below from Wolters Kluwer shows. 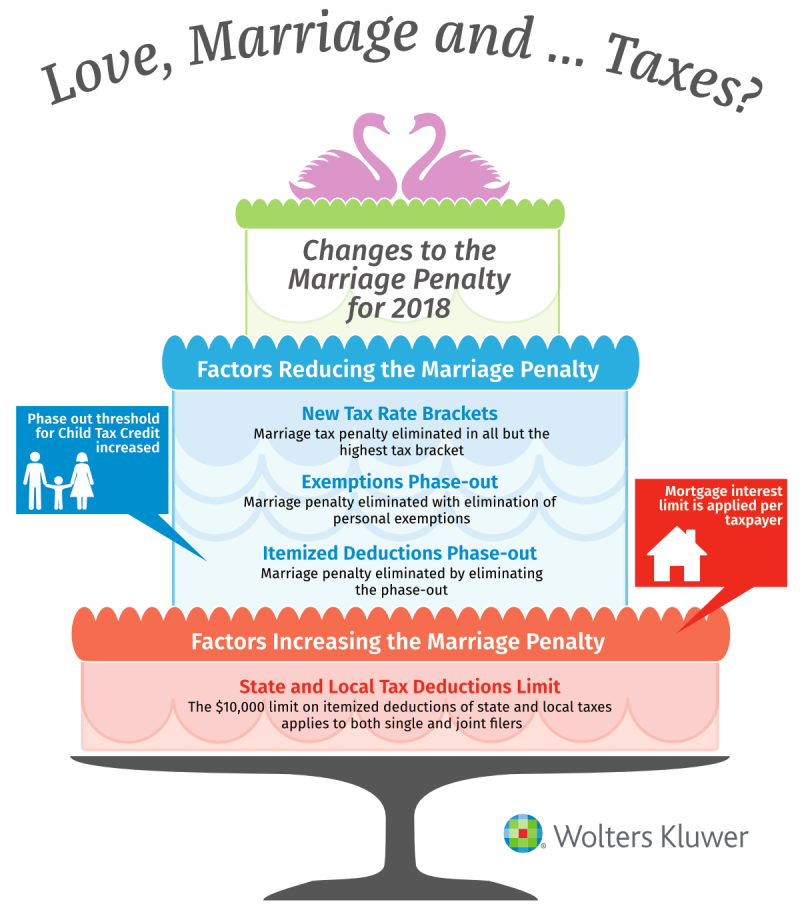 The reason for the shift is the restructuring of the tax brackets. Under the TCJA, the brackets for married filers are exactly double those for single filers except at the now top 37 percent rate.

Calculating marriage's tax costs: So will you be hit by a marriage penalty or bonus?

You can find out in by using today's Saturday Shout Out honoree, the Tax Policy Center's Marriage Bonus and Penalty Calculator.

The Washington, D.C.-based nonprofit updated its online wedded tax bliss or bust calculator to reflect changes under the new tax laws. It will determine the difference in income taxes owed for couples before and after they tie the knot.

And if you're like the hubby and me, already married but curious about how our vows affect our taxes, TPC says its calculator works fine for all of us, too.