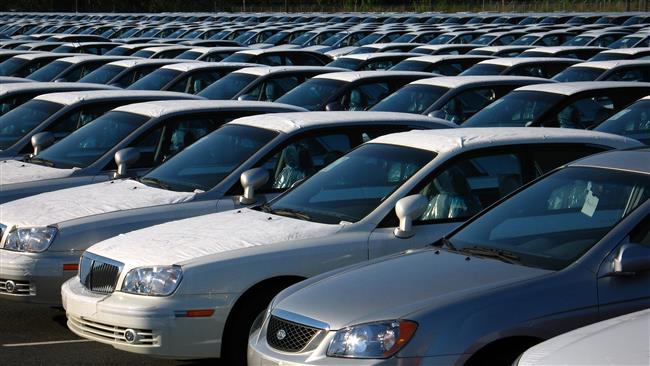 Donald J. Trump arrived in Quebec for the G-7 meeting with some controversial ideas (notably, letting Russia back in the club) and he left the international meeting the same way.

Tweeting from Air Force One as he headed to Singapore to meet with North Korea's Kim Jung Un, Trump gave notice he's ready to escalate trade disagreements with Canada by imposing automobile tariffs.

The initial reaction has been what such a move could actually mean to the U.S. automotive industry.

Tax cut tariff costs: But auto tariffs also could undermine any gains from the TCJA, according to a Washington, D.C.-based tax policy think tank.

And the taxpayers who would feel the negative effects most are low-income households.

"We estimate that increasing tariffs on automobile imports would reduce the gain in after-tax income for households in 2018 derived from the Tax Cuts and Jobs Act while making the tax code less progressive," says Erica York, an analyst with the Tax Foundation.

The full effect of any tariffs would be long-term, but if ultimately imposed, York says "these automobile tariffs would fall more on middle- and lower-income taxpayers, reducing the increase in income these households would see because of the Tax Cuts and Jobs Act, and making the distribution of the tax burden less progressive."

How much so is shown in the Tax Foundation table below: 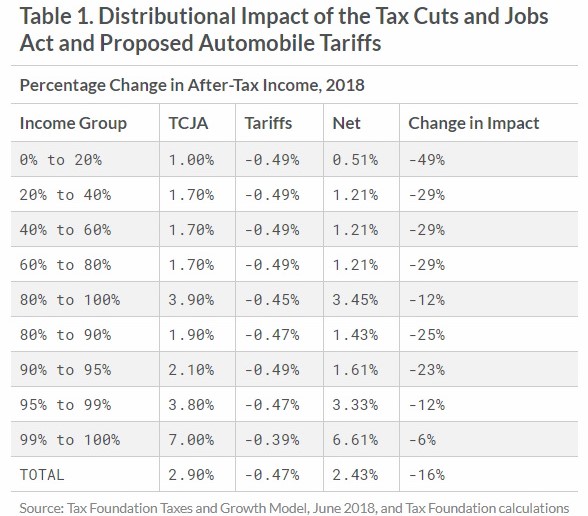 Those in the bottom 80 percent of earnings, however, would see their after-tax income gains from the new tax law cut by 0.49 percent or a negative impact of 49 percent on their tax change earnings.

That's almost half of the 1 percent income gain those households are expected to get from the TCJA.

And that's why the 0.49 percent potential TCJA tariff bite is this week's By the Numbers figure.

It could be that Trump's tariff talk is primarily bluff and bluster, as he doubled-down while en route to the meeting with Kim. As his advisors noted, he wants to appear as strong as possible for those discussions.

But trade matters have been a major political plank for Trump from the get-go of his political career. So, as Trump is fond of saying, we'll see.