Will Meghan Markle give up U.S. citizenship — and pay a tax price — after her royal "I do"?

Actress Meghan Markle may give up her U.S. citizenship after marrying Prince Harry this weekend, but other American expatriations so far this year have slowed. 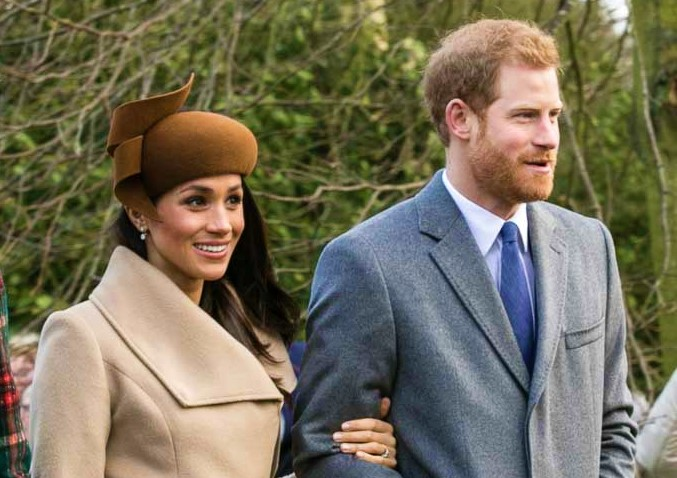 Great Britain's Prince Harry and American Meghan Markle will tie the knot this Saturday, May 19, (note the international time change if you, like I, plan to watch) at St George's Chapel on the grounds of Windsor Castle.

After Markle answers the wedding vow questions about having and holding her literal prince, she'll have to consider some more taxing issues.

"I do" give up U.S. citizenship: Markle officially wrapped up her tax life as a single woman when her scenes on USA Network's soapy legal drama finished filming, appropriately with her character's wedding.

Will those entertainment dollars be the last that the Internal Revenue Service will collect form Markle?

Maybe, at least as far as earning a paycheck.

She's closed the accounting on her acting income, but because the United States is one of the few countries to use a worldwide tax system where income is taxed based on the earner's citizenship, the U.S. Treasury is entitled to earnings from her and other Americans living and making money abroad.

Others, however, speculate that once Markle becomes the wife to the sixth in line to the British throne, she'll surrender he U.S. citizenship. The Los Angeles native reportedly has been given advice to cut ties with Uncle Sam by fellow expatriates across the pond.

Cost of cutting U.S. ties: While that move could simplify Markle's new based-in-Britain tax life — and keep IRS prying eyes out of the British royal family's finances — it still will cost her some tax money.

First, she'll have to pay the U.S. Department of State a fee of $2,350 for renunciation or her citizenship. That's substantially higher that the average cost in most other high-income countries.

Then she'll have to hand over an exit or expatriation tax. This levy was created to ensure that rich folks permanently leaving the country, presumably for tax reasons, don't escape the IRS completely.

The specifics are complicated (Duh! Internal Revenue Code) and based on the expatriating individual's net worth, residency status and date of leaving the country.

Basically, though, the amount potentially due is the capital gains tax on the exiting taxpayer's worldwide assets value as if they were sold on the day before the individual's formal expatriation date.

Don't freak. You don't actually have to sell anything. It's what is known as a deemed sale for tax calculation purposes only.

You can find details and examples of the expatriation tax and process at Bright Tax, DMCL, Golding & Golding and Offshore Living Letter.

Based on Markle's reported worth of $5 million, Uncle Sam, rather than giving her a wedding present, could instead get a very nice going away tax gift of $1 million or so from her.

Throne, not taxes, were Wallis' and Edward's issue: The last time a member of the Royal family wanted to wed an American, taxes weren't an issue. It was the actual throne.

King Edward VIII gave it up in December 1936 so he could marry Wallis Simpson, a twice-divorced American socialite. Edward's 327 days as King of England made him the shortest-serving British monarch in almost 400 years.

Edward's abdication, which led to his brother George VI becoming king, changed the British monarchy forever. In addition to giving Great Britain a new king, it created a new line of succession. George's daughter Elizabeth succeeded him in 1953.

My how times and the monarchy have changed.

This weekend, Queen Elizabeth, whose ascension to the throne was affected by a then-scandalous love affair between an American and royal family member, will be at the chapel this weekend celebrating with the rest of her family the wedding of Harry and Meghan.

And this time, it could be the U.S. bride who will surrendering something: Her citizenship for reasons related mainly to tax.

Overall expatriations slowing: If Markle does renounce her U.S. citizenship, she'll be part of a group that's been shrinking.

After hitting a record 5,411 exiting Americans in 2016, expatriations slowed somewhat in 2017, with about 300 fewer U.S. residents heading abroad permanently that year.

That trend seems to be holding so far into 2018. 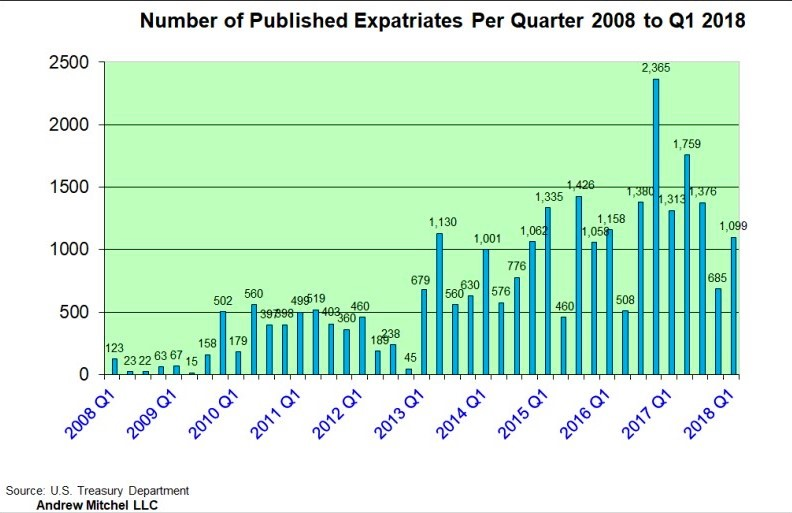 On May 7, the Treasury Department published the names of individuals who renounced their U.S. citizenship or terminated their long-term U.S. residency, i.e., expatriated, during the first quarter of 2018.

If the next three quarters stay on that pace, the United States will lose far fewer tax-paying residents in 2018 that it has in prior years.

If prior expatriations were blamed on what many saw as high U.S. taxes, then can we assume that the current slower flow is due to lower tax rates in the Tax Cuts and Jobs Act?

The answer now, just as it was earlier, is maybe.

Sure, taxes spur a lot of movement, not only abroad, but also from state to state within the United States.

There are, however, many reasons for deciding to head to a new home, be it a domestic- or international-based one.

But when it does come to making such a life-changing choice, do take taxes into account.

And if you're worried about potential tax costs — regardless of whether you'll be an American working abroad, a formal expatriate or staying in the U.S. under the new tax law that no longer provides a deduction for non-military moves — be sure to talk to a tax professional before you start packing.

I think part of it is that it's so different from what we have. Although the monarchy's rule (and taxes imposed by King George III) was the reason behind our fight for independence, Americans have always loved a spectacle. Our presidential inaugurations are our system's answer to a coronation, but not nearly as flashy or fun. Plus, with a wedding there's all the accoutrements and the dresses and funky hats! Plus, England still has castles! Whatever floats people's boats, sometimes in moats! ;)

I don't quite understand Americans' fascination with the royal family. My mom was absolutely devastated when Princess Diana passed away, but I never understood it. The tax issues were worth reading about nonetheless.