Tax Day pushed to April 18 due to IRS system problems 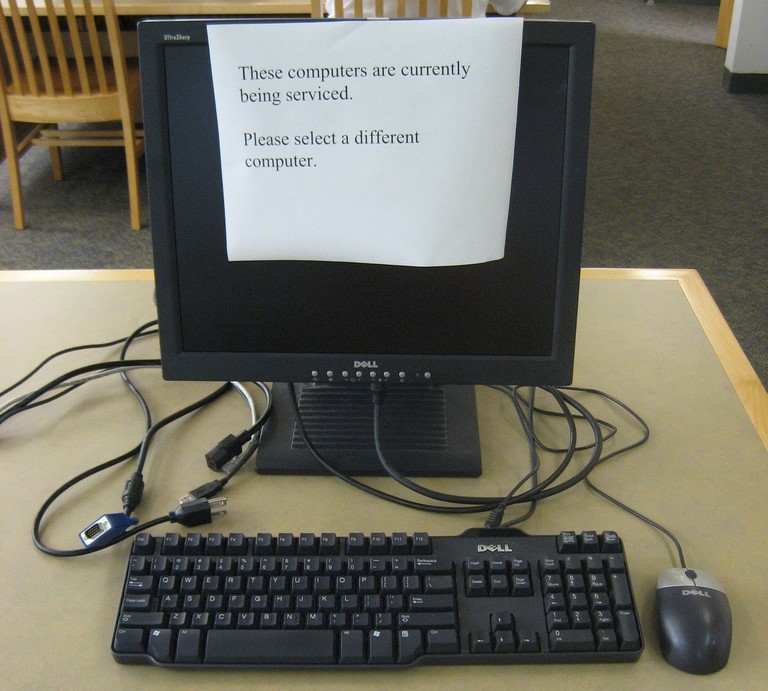 Take this broken computer and multiply by millions. That was what it felt like April 17 for many taxpayers who were trying to use IRS.gov online services to finish up their tax tasks on deadline day. (Photo by Brian Herzog via Flickr)

Tax Day 2018 has been awful for a lot of folks, including those at the Internal Revenue Service.

That's why the IRS is going to take another run at it on April 18.

Late Tuesday, April 17, afternoon, the tax agency announced that it's going to give everyone an additional day to file and pay their taxes following what it's calling "system issues that surfaced early on the April 17 tax deadline." 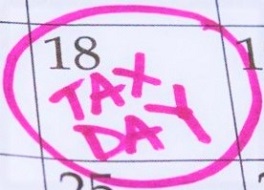 The new Tax Day deadline for individuals and businesses who originally were to file on April 17 is now midnight on Wednesday, April 18.

The good news is that you don't have to do anything to receive this extra time. Just go through the filing and paying process again and keep your fingers crossed that we don't have, as the saying goes, déjà vu all over again.

Tax Day debacle: As taxpayers begin trying to meet their 2017 tax year obligations by the already extended deadline on April 17, many got the disconcerting message "This service is currently unavailable" on several key IRS.gov pages.

Among the options that were out of service for much of filing day were online tools where taxpayers had planned to check their outstanding balances, make direct payments of tax owed and set up a payment plan for tax bills they couldn't immediately cover.

The system outage, however, did not affect the ability of taxpayers were to electronically file their tax returns via their own software providers or tax professionals or Free File.

But as the filing time kept clicking away, you could sense some frustration on social media. Reports were posted frequently on Twitter, all still bearing the bad news that the services remained nonoperational.

His testimony was the latest in the annual rite around each Tax Day where the agency's head reports to Capitol Hill on how the season has gone. Today, the news Kautter had to pass along to lawmakers was not good.

In his written testimony, Kautter had lauded what, until today, had been a smooth tax filing season. "I’m pleased to report that the 2018 filing season began on schedule on January 29 and has gone well in terms of tax return processing and the operation of our information technology systems," according to his prepared remarks.

However, the acting commissioner also had to share with Representatives the unexpected problems that popped up on what is the agency's busiest day of the year. Kautter, according to an AP report, told lawmakers that the agency is working to resolve the issue.

Working, but more time anyway: Things were working again by the time the IRS announced the extra day, but so much time had been lost by filers who wanted to use the problematic services that the agency decided to extend the deadline through April 18.

"This is the busiest tax day of the year, and the IRS apologizes for the inconvenience this system issue caused for taxpayers," Kautter said in the statement announcing the extension. "The IRS appreciates everyone's patience during this period. The extra time will help taxpayers affected by this situation."

If, however, you just want your taxes over with today as you had planned, go ahead and file, electronically or on paper, says the agency. The IRS is happy to take it, now a day early.

And if one more day won't help you with your taxes, then you can file for an extension on April 18. That will give you six more months to finish your 2017 return.

useful one about Tax

well i filed my taxes with HNR Block and i have a copy of my tax return but now iv been having a problem with it after there was a failure in irs pcs and now they have my last name spelled wrong in the computer and i keep calling for them to fix it. so how come it not fixed it been two weeks now and i mailed them in on march 10, 2018 because i had to show prove that i have all rights to clam my son

So my taxes are filed electronically but I owe taxes... Can I still mail them today and be fine or should I use the direct pay... Does the 1 day extension only affect direct payers or is it also good for those mailing in their tax payments?