Still trying to figure out what you need to do to ensure that your family's health savings account (HSA) doesn't violate the new tax law's changes to maximum contributions? You can stop worrying. The Internal Revenue Service has relented on this issue. 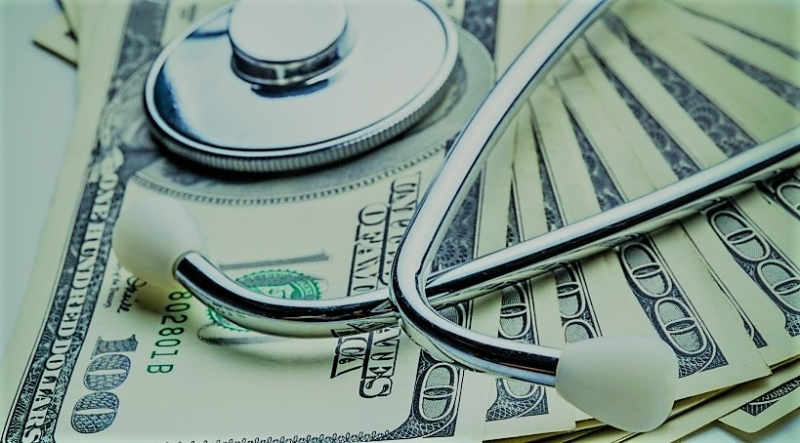 A key reason for the growing HDPH/HSA interest is the seemingly unstoppable increases in the cost of health care coverage.

As the HDHP name indicates, it is a medical insurance policy that provides coverage with a high deductible that enrollees must meet. The trade-off is lower premiums.

To help cover those higher out-of-pocket deductibles, HDPH participants can open an HSA. The tax-deductible money put into an HSA grows tax-free and ultimately can be spent on things beyond health care.

Because of these tax advantages, the Internal Revenue Service each year adjusts the maximum amount that can be put into an HSA.

Annual HDHP/HSA tax limits: The tax agency announced the 2018 amount back in May 2017. I included those amounts in the medical segment of the ol' blog's 10-part series on 2018 inflation adjustments.

Then came the Tax Cuts and Jobs Act (TCJA).

Among the many changes wrought by the quasi-tax reform measure was how the annual tax adjustments are calculated. In March, the IRS revised a variety of its earlier figures in accordance with the TCJA.

Those changes included a slight reduction in the 2018 maximum HSA annual contribution amount.

Since excess HSA contributions are included in a taxpayer's gross income, as well as subject to penalties, individuals with family coverage were warned that they needed to make arrangements to adjust their contributions so as not to over-contribute.

HSA owners who had already contributed the previously-announced maximum of $6,900 were advised to withdraw the excess amount, plus earnings, prior to filing their 2018 federal income tax returns next year.

The change and recommended tax actions left the affected HSAs owners scrambling. But now they can stop.

Back to the future on HSA 2018 limits: The IRS announced yesterday (April 26), that it's modifying the 2018 annual HSAs deduction limitation for taxpayers with HDHP family coverage to keep it at the year's original $6,900 level.

The IRS said it's making the change in response to complaints from individual taxpayers, employers and payroll administrators. All noted that a change at this point would be difficult and costly to implement.

The affected workers and their employers also pointed out that some taxpayers with family HDHP coverage had made the maximum HSA contribution for 2018 before the change was made last month. Many others, opponent of the reduction added, had based their HSA annual salary reduction elections during open season based on the originally-announced $6,900 limit.

Now the IRS says it will let these HSA owners treat $6,900 as the annual limitation on deductions for family HDHP coverage.

The IRS is making a similar accommodation for those who receive a distribution from an HSA in excess of the revised $6,850 limit. In these cases, the IRS says the affected account owners may treat the excess distribution as the result of a "mistake of fact due to reasonable cause" under Q&A-37 of Notice 2004-50.

Reasonable resolution: Given that it was only the family HDHP coverage that was affected and the amount was just a $50 change, the IRS move is not that surprising.

But it could have held firm to the letter of the new tax law if it had wanted, creating lots of hassles for HSA owners. Kudos to the IRS for taking the customer service route over dollar collection in this case.

We can't reasonably expect the same approach as the IRS deals with coming guidance on the many more issues it must clarify under the TCJA changes. Those dollar amounts are much greater and other tax changes affect many more tax situations.

But we can hope that the IRS HSA reversal signals at least some willingness to take into account to some degree all the problems that the many unforeseen-by-Congress (but quickly pointed by taxpayers and tax professionals out as soon as we were granted a look at the secretly devised legislation) TCJA changes have created for those of us affected.

Hola! Thanks, Joe. Always good to find Texans, online and elsewhere! Thanks for your kind words. Kay