How did you celebrate Tax Freedom Day on April 19?

While millions of U.S. taxpayers were focusing last week on 2017 tax returns, a tax benchmark slipped past us.

Tax Freedom Day 2018 arrived on April 19, a day after this year's revised Tax Day filing deadline and 109 days into the year.

This day, according to the Washington, D.C.-based tax policy group The Tax Foundation, represents how long Americans as a whole have to work in order to pay the nation's tax burden. The nonprofit takes all federal, state, and local taxes and divides them by the nation’s income.

And for the annual effort, Tax Freedom Day earns this week's By the Numbers honor.

$5 trillion-plus national tax bill: This year, writes Tax Foundation analyst Erica York on the organization's website, Americans will pay $3.39 trillion in federal taxes and $1.80 trillion in state and local taxes, for a total tax bill of $5.19 trillion, or 30 percent of national income.

The remaining six days were spent paying estate and inheritance taxes, customs duties and other taxes, according to Tax Foundation calculations. 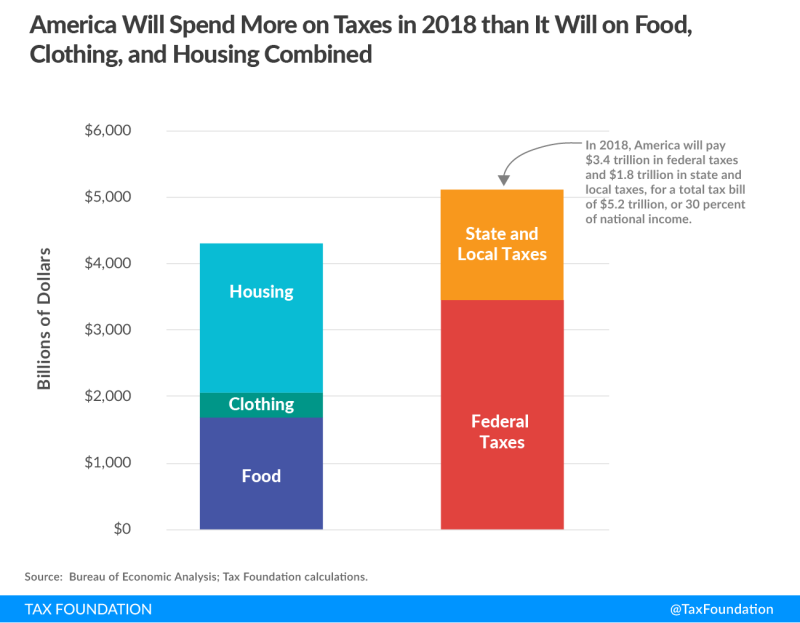 The bottom line, as it has been in prior year Tax Foundation analyses of American expenditures, is that U.S. residents collectively will spend more on taxes in 2018 than they will on food, clothing and housing combined.

Different state tax freedom days: April 19 is the national Tax Freedom Day, but not everyone had reason to celebrate.

The varying tax burdens across the country, along with the ways that states collect their levies, mean that state residents will celebrate their more local Tax Freedom Days at different times. 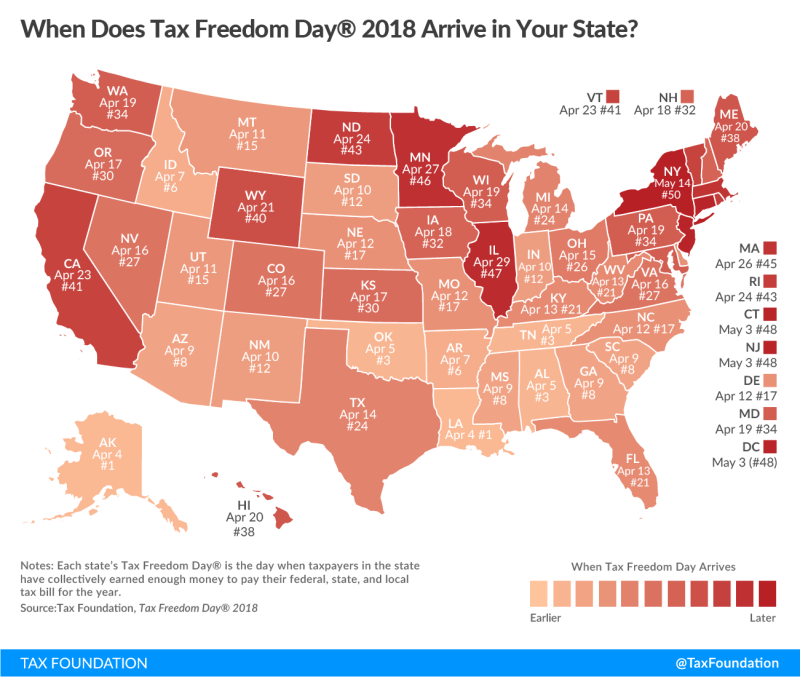 Generally, the states where residents have higher incomes and the legislatures have enacted higher tax rates celebrate Tax Freedom Day later. This is obvious in:

Residents of Louisiana and Alaska bear the lowest average tax burden in 2018 and their Tax Freedom Day arrived April 4.

Other early state Tax Freedom Day celebrants were residents of Tennessee, Oklahoma and Alabama, which had their special taxes paid day fall on April 5.