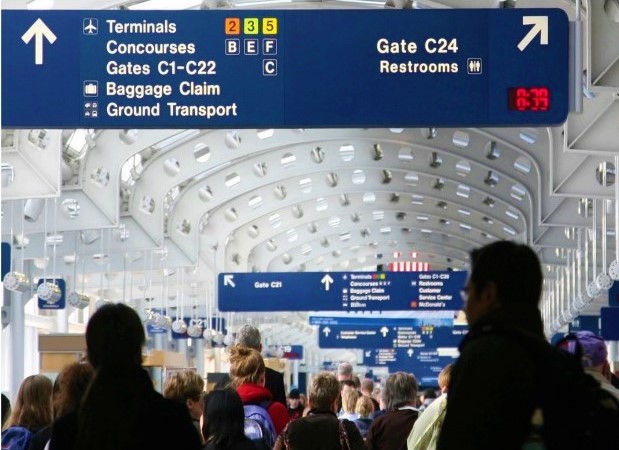 Summer's fast approaching and folks already are making travel plans. Many of us will be heading out on our holidays by air.

Recent and impending Congressional action won't have any major effect on our near-term travels. But the Federal Aviation Administration (FAA) bill that's wending its way through Congress could make some changes to air travel later this year and for the next five years.

House approves FAA bill: On Friday, April 27, the House approved by a 393-to-13 vote legislation that would extend through Sept. 30, 2023, expenditure authority for the FAA, along with the fuel and passenger ticket excise taxes that provide the agency with revenue stream, through September 30, 2023.

FAA spending and more: It covers such things as seating size, security measures and in-air telephone calls. As for that last one, I'm thrilled to see Representatives agreed to continue to muzzle these annoying communications.

Jansen has the scoop, but since this is a tax blog, I feel obliged to note that the FAA Reauthorization Act of 2018 (H.R. 4) includes nine aviation excise taxes. 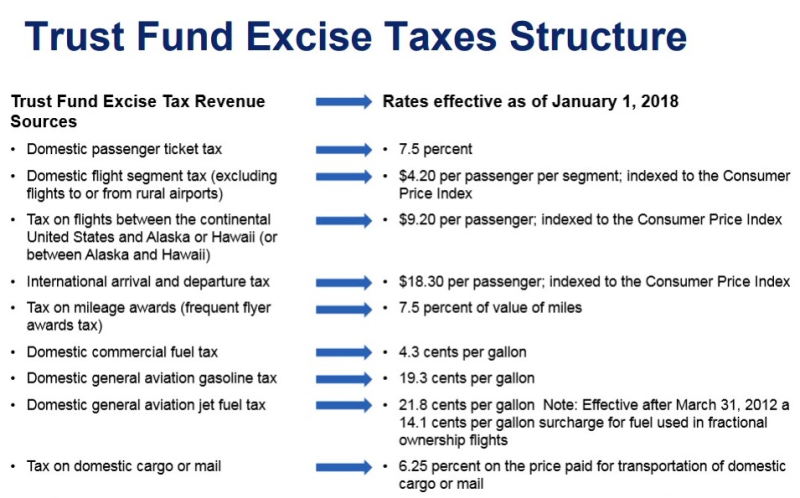 Those taxes are largely unchanged from the last FAA bill, including the 7.5 percent federal excise tax on various flight legs that passengers pay when they buy their tickets.

Taxes excluded in advertised prices: The bill did make one tax-related change, however, on how we learn about those ticket prices.

Under the House-passed bill, airlines would be allowed to resume advertising fares without adding the tax costs to overall price.

This is OK, now say Representatives, as long as the airlines provide an online link or popup box that offers an explanation of the taxes that would be added to the ticket price.

Taxes add about 20 percent to the average ticket price, according to the trade group Airlines for America, the industry organization representing the leading U.S. airlines.

Until the new bill is enacted, and that's presuming the Senate will accepted H.R. 4 without any changes, air ticket buyers still will see the full, taxes included prices for fares.

Consumer groups succeeded in getting the Department of Transportation to issue a rule, that took effect in January 2012, requiring taxes-included advertising. They argued then (and still do) that the combined pricing rule prevents bait-and-switch advertising with prices that don't include taxes.

But airlines were successful this time in convincing at least the House that it's unfair to single out their industry and to force carriers to include taxes with fares.

Catch-all concerns: Since the current aviation law expires at the end of the fiscal year in September, H.R. 4 is one of the few must-pass pieces of legislation with a revenue title facing lawmakers before the November midterm elections.

That raises the prospect that the FAA bill could become a magnet for any tax proposals. Tax measures being tossed out for possible addition to H.R. 4 include the expired tax extenders, the latest Internal Revenue Service reform proposal, technical corrections to the Tax Cuts and Jobs Act (TCJA) and permanent extension of the TCJA's individual tax provisions.

The bill managed to make it through the House without any tax amendments. But it's unclear whether Senate leaders will do the same.

Sen. John Thune (R-South Dakota) is chair of the Senate Commerce, Science and Transportation Committee, which has jurisdiction over the FAA legislation. He told reporters just days before the House vote that the FAA reauthorization bill should be kept free of "unrelated, ancillary tax issues."

Thune knows how many that could be since he also is a member of the Senate Finance Committee.

However, a fellow Finance Committee Republican has a different take. Sen. Pat Toomey (R-Pennsylvania) also said last week that the FAA bill should be fair game for tax amendments of any kind.

"We should be looking at whatever vehicles are available to us," Toomey said.

Stay tuned. As Sept. 30 approaches and debate on the FAA measure progresses in the Senate, we could be in for some exciting tax debates.