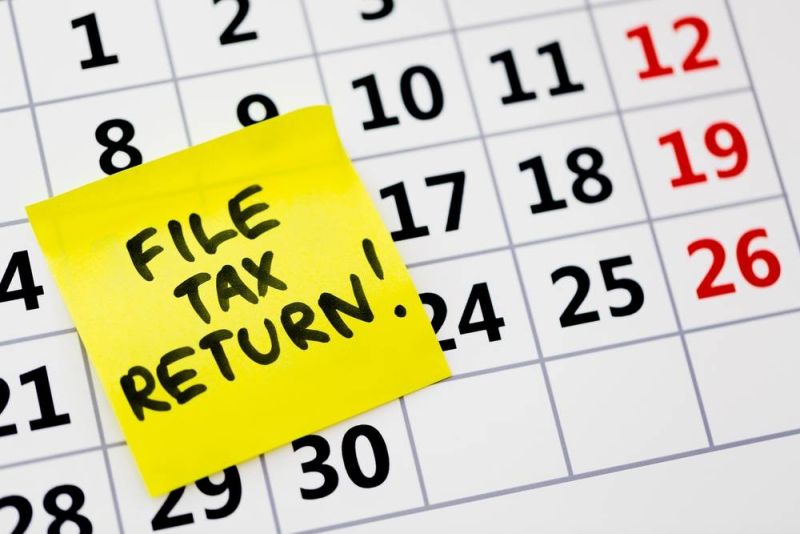 Tax Day is less than a week away. But finishing up your 2017 Form 1040 is not the only tax task facing millions of Americans.

Here are 10 tax matters that must be taken care of by April 17.

1. File your 2017 tax year federal tax return.
Yeah, I started with the easy (so to speak), obvious one. But it is the reason for the tax season. If you don't get your return into or on the way if snail mailing by Tax Day, the late-filing penalty is 5 percent of the additional taxes owed amount for every month (or fraction thereof) your return is late, up to a maximum of 25 percent. If you put off filing your forms by more than 60 days, you'll owe a tax penalty of $205 or 100 percent of your tax

2. Make your first 2018 estimated tax payment.
Your first payment of for the current year's estimated taxes is due on the April Tax Day deadline, too. So if you have income that isn't subject to withholding — self-employment income (either full-time or as a side job), investment earnings, prize or gambling winnings — you should make these four extra tax payments each year, with the one for the first quarter of 2018 due next week. Yes, the added filing duties and the bite into your cash flow are a pain. But paying making your 1040-ES payments on time throughout the year will keep you from owing a surprisingly big tax bill (and possible underpayment penalties) next April.

3. File your state tax return.
Most taxpayers -- folks in 43 states and the District of Columbia -- also face state income taxes. And most of those states tax departments follow the federal filing deadline. Check with your state tax department about whether it's on the same schedule as Uncle Sam as far as a state filing extension.

The only states that don't go along with the IRS tax deadline are, alphabetically:

And since I know some of y'all are still wondering, the states that don't collect any kind of individual income tax at all are: Alaska, Florida, Nevada, South Dakota, Washington, Wyoming and my native and current home Texas. (New Hampshire and Tennessee don't tax wage income, but do collect on interest and dividend earnings. Tennessee, however, is phasing out this tax collection.)

4. File your 2014 tax return.
Every year some folks don't file returns. And three years later, they run the risk of losing any possible refund forever. That's the case this filing season for refunds related to 2014 tax returns that weren't filed in 2015. In fact, the Internal Revenue Service says that around 1 million folks didn't file a return for that previous tax year. And, says the IRS, if they — you, perhaps? — don't file that old form by this April 17, the U.S. Treasury will keep their portion of the more than $1.1 billion in unclaimed 2014 tax year refunds.

5. Contribute to or open an IRA.
This is one of the very few tax breaks you can take after the end of a tax year. You have until the April filing deadline to open an IRA, either Roth or traditional, for the prior tax year. If you already have an IRA, either Roth or traditional, put tax money for 2017 into it by April 17. If you're deducting a traditional IRA contribution, it could help cut your tax bill. If you opt for a Roth contribution, that doesn't produce an immediate tax break, but putting money into that account for 2017 will allow you to max out your contributions for that tax year. And by saving as much as you can now, you'll have a more comfortable retirement later. Plus, in some cases, taxpayers who put money into a traditional or Roth IRA may be able to claim the Saver's Credit, which could cut their tax bill by up to $1,000.

6. Contribute to your Health Savings Account (HSA).
Like the IRA contribution rule, you have until the filing due date, April 17 this year, to put money into your Health Savings Account (HSA). This medical account, which basically is available to folks covered under a high deductible health plan (HDHP), offers a tax-preferred way to pay for your out-of-pocket high deductible costs. An HSA, however, offers even more flexibility. You can use HSA funds to pay for current medical expenses, save for future medical expenses or even to reimburse past medical expenses incurred after you established your HSA.

7. Pay household employee taxes.
If you paid $2,000 or more to a household helper last year, you must file Schedule H to pay that worker's associated employment taxes when you file your annual tax return. This requirement often comes as a surprise to filers who the prior tax year hired household help who are, for tax purposes, employees, not contractors. The employment taxes that are due in these household help cases are the same three that are withheld from all employment wages: the 12.4 percent Social Security tax, the 2.9 percent Medicare tax and the 6 percent federal unemployment tax (FUTA). Once you (or your tax pro or tax software) calculate the total household employment tax for which you're liable, that amount goes on line 60a in the "Other Taxes" section of Form 1040.

8. File your FBAR.
If you have assets in a non-U.S. account, you must file FinCEN Form 114, Report of Foreign Bank and Financial Accounts (FBAR), by April's individual tax return deadline. Again, that's April 17 this year. This is the second year that this earlier deadline has been in effect. Previously, this foreign account reporting was not due until June 30. The good news is that, as with your personal tax return, FBAR filing can be extended until October.

9. File for an extension.
Now about those extensions. If you just can't get your federal Form 1040 (or 1040A or 1040EZ) done by April 17, at least file Form 4868. This will give you an automatic six-month extension of time to file your return. That puts your ultimate tax-filing at Oct. 15. You're welcome.

10. Pay your due taxes.
Getting more time to fill out and submit your tax forms is a lifesaver for many taxpayers. Trust, me. I've been there many years. But I have to point out one important thing about a filing extension. It's an extension to file your tax forms, not an extension to pay any tax you owe. If you do have to hand over money beyond what you had withheld or paid in estimated payments, you must make a good faith effort to guesstimate that due tax amount and pay it when you send in your Form 4868. If you don't, you will get hit with late payment penalties. These accrue regardless of whether you filed an extension. The late payment penalty is 0.5 percent of the additional tax owed amount for every month (or fraction thereof) the owed tax remains unpaid, up to a maximum of 25 percent.

I know. These 10 tax tasks make you hate the Internal Revenue Service even more. Your anger is understandable, but you really should direct your ire at the Congress that passes and the White House that signs into law all the measures that make your April so crazy every year. But that's another blog post.

Now you just need to focus on meeting any of your tax responsibilities that are listed here by April 17.